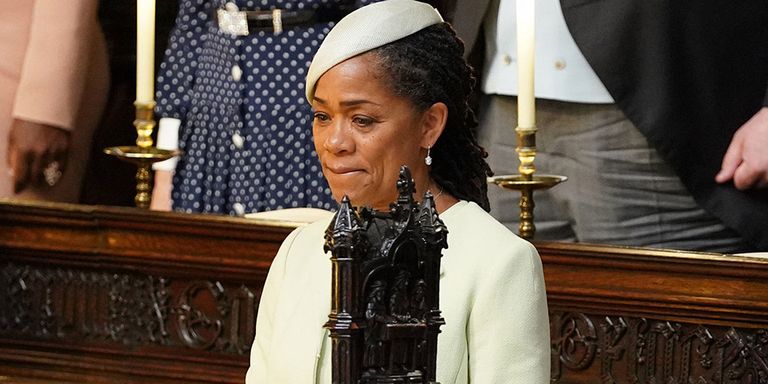 Doria Ragland got emotional while waiting for her daughter, Meghan Markle, to arrive at St. George’s Chapel at Windsor Castle.

Markle’s father, Thomas Markle, was unable to attend the wedding after suffering a heart attack earlier this week. Many speculated that Ragland would take his place and walk Markle down the aisle. Just yesterday, Kensington Palace announced that Prince Charles would walk Markle down the Nave before presenting her to his son, Prince Harry.

Ragland was seen earlier with Markle after the both left in the same car together from the Cliveden House Hotel. Ragland later arrived in a separate car by herself while Markle arrived with two of the page boys in her wedding party.

Upon arrival, Ragland was greeted by the Dean of Windsor shortly before the Queen arrived with Prince Philip. She is seated on the left side of the church, opposite from the Queen and the rest of the royal family.

Throughout the ceremony, Ragland was seen trying to hold back tears, particularly while Markle and Prince Harry exchanged vows.

While Ragland has been one of the few members of Markle’s family to not speak out about the wedding, it’s certainly clear that Ragland is both proud and emotional to see her daughter get married in such a momentous occasion.