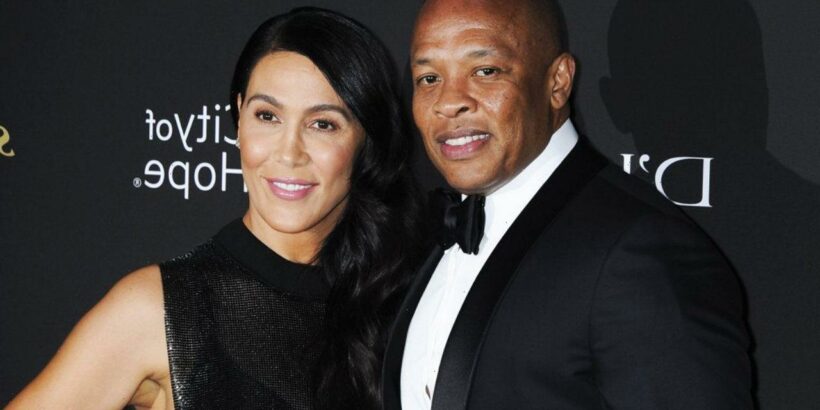 A judge has granted the Aftermath Entertainment CEO’s request to be officially divorced from his estranged wife, after he claimed his split from Nicole had reached the point of no return.

AceShowbiz –Dr. Dre and Nicole Young are officially eligible bachelor again, a year after she filed for divorce. A judge has signed off on the music mogul’s request to become official divorced from his ex-wife, restoring their single status.

Dre asked the court to legally end his marriage to Nicole in March, with his attorney Laura Wasser filing a motion for bifurcation, while they continue fighting in court over their prenup. The former member of gangsta rap group N.W.A claimed that his divorce battle with his estranged wife “has gotten to the point of no return,” and he blamed it on her “false allegations of domestic violence.”

In the court documents, the 56-year-old also accused his ex of purposely “dragging her feet.” He further claimed to have been trying to come to an agreement with her over their divorce since she made the filing in 2020.

Despite officially declared single, Dre and Nicole have not reached an agreement in their property settlement yet, according to TMZ. From the beginning of their split, the mother of two is contesting the legitimacy of the prenup and wants the prenup declared invalid. Dre, meanwhile, disagrees.

She also wanted $2 million a month in spousal support. While Dre was reported to initially refuse her spousal support demand, he was said to have agreed to it after he suffered brain aneurysm in early January.

The 51-year-old has also accused Dre of cheating and domestic abuse, claims which the Aftermath Entertainment CEO has all denied. In March, she was denied an emergency domestic violence restraining order against Dre, though she claimed that the rapper “is now outright threatening [her] to keep [her] mouth shut or else” through his newly-released track that dissed her as a “greedy b***h.”

Dre and Nicole, who tied the knot in 1996, share two children, a son named Truice and a daughter named Truly, who are both adults now.