Today in awkward news, Drake is out here explaining himself after Kylie Jenner was name-dropped on a Future collab that aired during Night Owl Sound’s Instagram Live. According to E! News, Future can be heard rapping, “Yeah, I’m a hater to society / Real shit, Kylie Jenner, that’s a side piece / Yeah, I got 20 motherf*ckin’ Kylies.”

Meanwhile, Drake also references Gigi Hadid and Kendall Jenner: “Yeah, I got 20 damn Kendalls / Young slim baddies and they in Vogue / Yeah, I got 20 f–kin’ Gigis.”

He’s since taken to Instagram to release a statement: 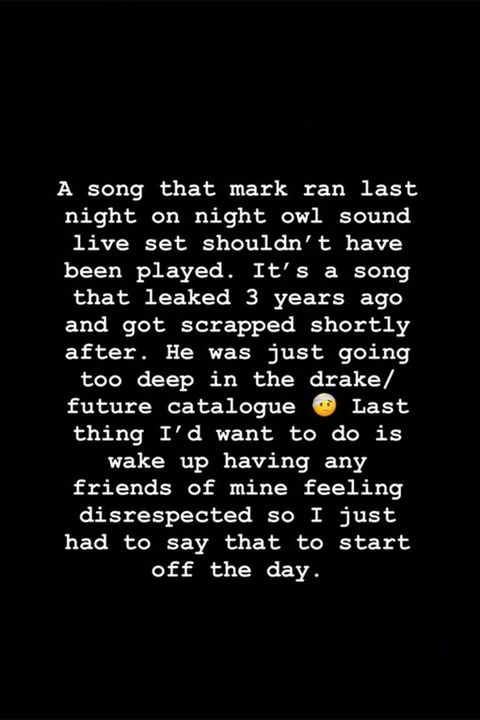 As a reminder, Drake and Kylie were rumored to be dating last fall following her split from Travis Scott. At the time, a source told People “Kylie doesn’t seem to be dating. She sees Drake occasionally, but it doesn’t seem serious. She could be doing it just to make Travis jealous.”