Drake takes subtle jab at Kanye West after the rapper calls him “insensitive.”

Looks like Kanye West and Drake’s feud isn’t coming to an end any time soon.

On Wednesday, West addressed their bad blood which was recently rekindled after the 41-year-old rapper produced Pusha T’s album, "Daytona," which includes the song "Infrared" that takes shots at Drake. After Drake released "Duppy Freestyle" — targeting both Pusha T and West — in response, Pusha T released his devastating diss track titled "The Story of Adidon." The scathing track accused Drake of having a secret illegitimate son, as well as unearthed a photo of Drake wearing blackface, which Drake later addressed.

West was conciliatory towards Drake during his appearance on Chicago’s 107.5 WGCI Morning Show, and insisted that he didn’t give Pusha T the material for "The Story of Adidon." However, he did call Drake "insensitive" for continuing the feud during the time that West was taking a break in Wyoming after receiving massive backlash thanks to his infamous comments that slavery was a choice on "TMZ Live." 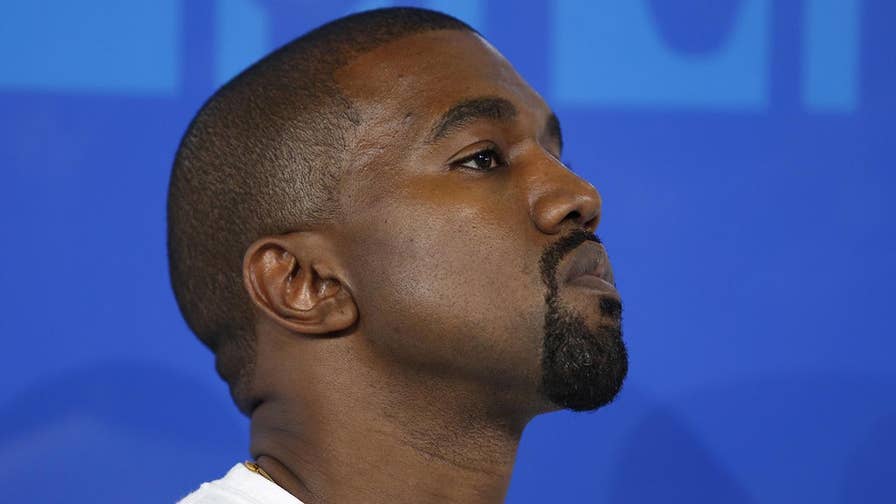 “We all got love for Drake,” West said. “We understand that he got upset about ["The Story of Adidon"]. I feel that it was insensitive for him to, in any way, stress me out in any way after TMZ, while I’m in Wyoming healing, pulling all the pieces together, working on my music. And you know, we’ll reconcile that one day because we got to, because we got work to do, and these voices is just too powerful.”

He also claimed that the two feuded over a beat, which resulted in Drake sending him purple demon emojis.

“When we talk about the Drake thing, it hits me in a really sensitive place, because you hang around people and they come to your house and be around your family and this and that," West said. "And they get mad about a beat and send you purple demon emojis.”

Hours after West’s comments, Drake hit back on social media, Instagramming a picture of him looking unbothered and tellingly captioning the snap with a purple demon emoji.

Kanye West Fights Back Tears While Apologizing for Slavery Comments

Earlier this month, Drake also dissed West during a show in Chicago, West’s home state. Drake altered the lyrics to "Know Yourself" to take a shot at West’s latest album sales for Ye. While the original lyrics are "Had a job sellin’ Girbaud jeans/ I had a yellow TechnoMarine/ Then Kanye dropped, it was polos and backpacks," Drake changed the last line to "Kanye flopped."

Continuing the run… #YE available on all platforms now!! ???

In June, Drake’s producer J. Prince appeared on "Sway in the Morning," and said that he personally called Drake to ask him not to release a second diss track in response to "The Story of Adidon" because it would have gone beyond the music and affected the "livelihoods" of both Pusha and Kanye.

“After speaking with Kanye, I spoke with the brother, and he didn’t want this," J. Prince said. "I saw this going to a place that I feel would have ended his career if Drake would’ve put out this song that he had on him. And definitely would’ve hurt families, and we’re not in it for that. That’s not Drake’s character to tear a man down to that extent.”