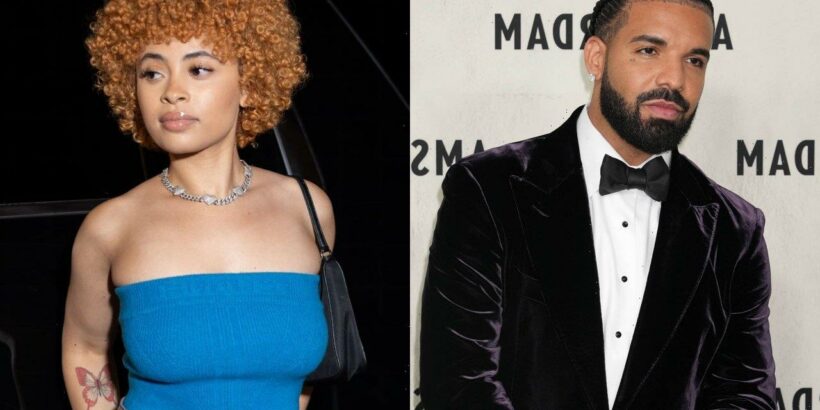 The ‘Way 2 Sexy’ hitmaker appears to stop following the ‘Munch (Feelin’ U)’ raptress after previously co-signing her breakout single and even hanging out together at a concert in his hometown of Toronto.

AceShowbiz –Drake has seemingly lost his interest in Ice Spice. The Canadian superstar appears to have stopped following the rising Bronx femcee on Instagram, just weeks after they sparked dating rumors last month.

It’s unclear what prompted the “In My Feelings” hitmaker to abruptly decide to unfollow the “Munch (Feelin’ U)” raptress. She is still following him on the photo-sharing platform though.

Ice Spice previously suddenly gained more attention for his affiliation with Drizzy. Last month, the “Nice for What” spitter co-signed her breakout song “Munch (Feelin’ U)”. At the time, the 22-year-old female hip-hop star shared a screenshot of Drake in the DMs praising her song and promising to play it on his show.

The two were later spotted hanging out together at a concert in Drake’s hometown of Toronto in late August. The pair appeared to be enjoying themselves, dancing and singing along to the performance playing out in front of them at the Budweiser stage.

Their relationship sent Ice’s status skyrocketing. The New York drill rapper has since tripled her booking fee and canceled most of her events at her old booking rate. One promoter claimed that she canceled the booking because her rate had increased. Although Ice denied that she had canceled the contract for that reason, she did say, “yesterday’s price is not today’s price.”

Not long after hanging out with Ice, Drake was rumored to be pursuing “90 Day Fiance” star Chantel Everett. After learning that the reality TV star is getting a divorce from her estranged husband Pedro Jimeno, the notorious womanizer “has been DMing” the 31-year-old reality TV star and she “responded,” according to Media Take Out.

The relationship is said to be in the early stages, but seems to be going well. “They’ve been DMing each other back and forth, and are planning to meet up soon,” said the person claiming to be close to the “Degrassi: The Next Generation” alum.

Earlier this month, Drake was seen spending time with musical artist Lilah. In pictures which surfaced online, a man who looks like the 35-year-old emcee was seen having fun with the “Summer Night’s Fling” singer in the water. The raven beauty was riding a jet ski, while Drizzy, who was swimming, seemed to be approaching her from behind.