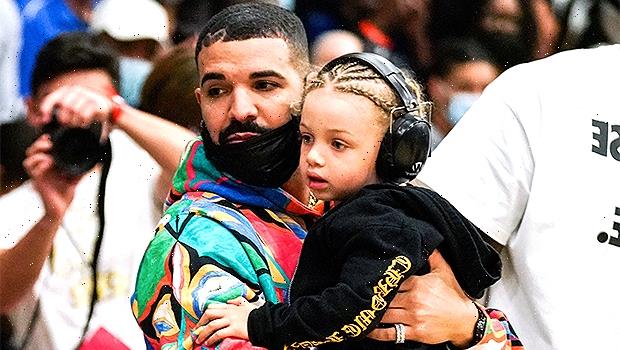 Drake’s four-year-old son Adonis looks especially sweet in a new rare video, goofing off while he eats a snack.

Drake’s son Adonis is an adorable little goof! In a recent rare video, the four-year-old is messing around and just being completely adorable while eating a snack. While taking bites, Adonis chewed in funny ways, looking from side to side and making faces as he bobbed his head around. Off camera, who was likely his mother, Sophie Brussaux, was heard cracking up at her toddler son, as the two laughed together at his hilarious antics. Adonis wore a burgundy, button up collared shirt and bounced his beautiful curls around for the camera, looking like he definitely inherited his dad’s super star charisma!

Drake, 35, has been somewhat private about Adonis in the past, but he’s seemingly been open to sharing more and more about his sweet son, posting adorable moments on various occasions since he went public with the news of being a dad. From posting cute pics and videos to bringing him on stage at the Billboard Music Awards, it’s clear to see he’s loving his new role as a doting dad! 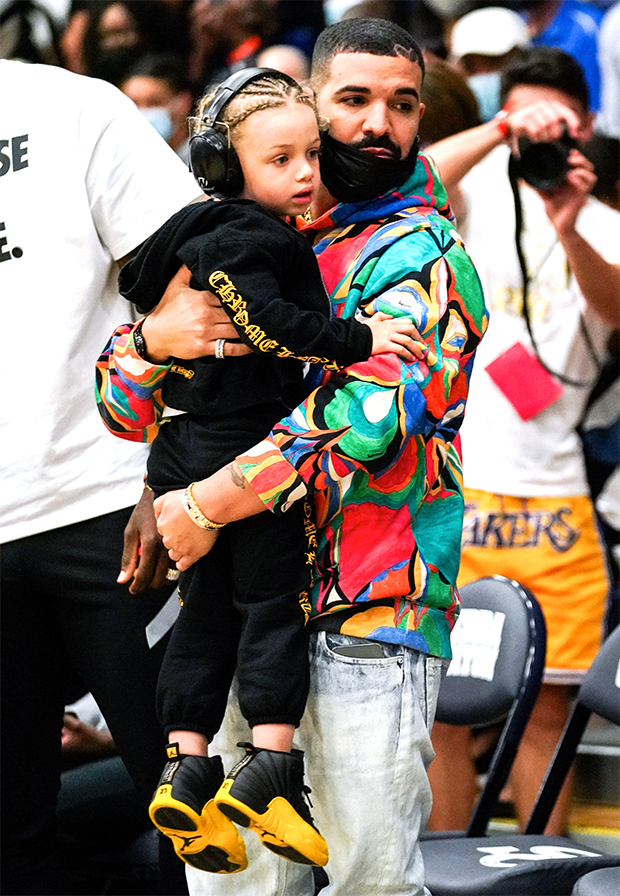 Drake and Adonis’s mom also united to celebrate his birthday last year, sharing some sweet snaps along the way. The rapper and cofounder of Art Helps, 31, threw a joint celebration at Drake’s Toronto home with a few family members, including Drake’s mother, Sandi Graham. While the party was more of a low key event, it was a night that the whole family won’t forget.

Drake — Photos Of The Grammy-Winning Rapper

“They kept the party to just family so it was very small. Drake was so happy his mom Sandi could be there because she’s very close with Adonis and she’s crazy about him,” a source close to Drake told HollywoodLife EXCLUSIVELY at the time. “Sandi really likes Sophie too, and they get along great, which is something Drake is very grateful for. Being able to throw his son a birthday party together with Sophie and celebrate those milestones with her there, and have it be totally stress free and happy is everything to Drake,” the source explained, adding that Drake “wants it to be that way, always.”