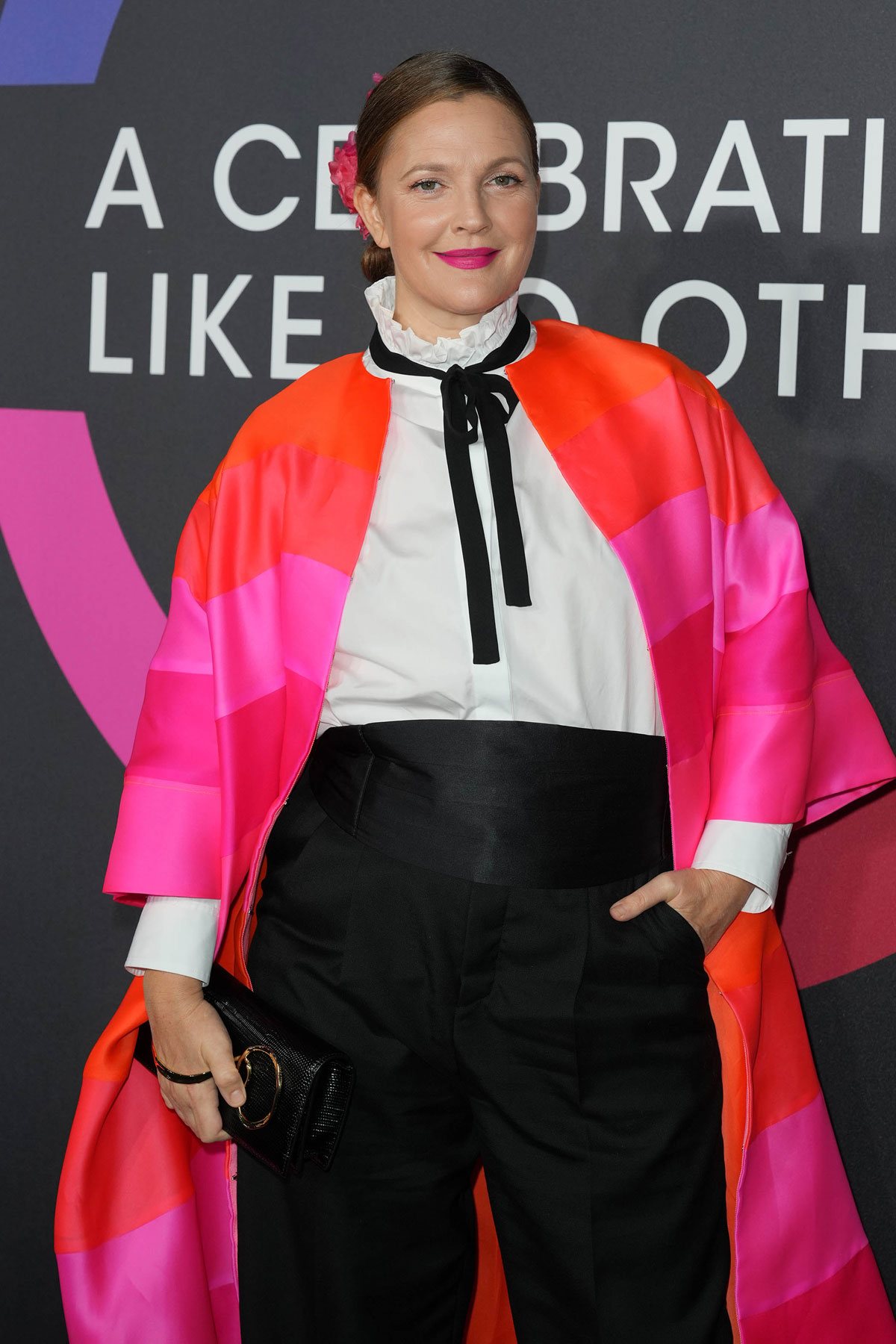 Drew Barrymore’s talk show is three seasons and hundreds of episodes in at this point. After some growing pains in the beginning, she seems to have settled into a nice groove with her co-hosts and guests. I think in general, as a celebrity and a person, she’s a good fit for the talk show format. She’s bubbly and charming and has been around forever, so she knows everyone. And she’s always been known as a free spirit and so we get tidbits like this — in a recent episode they were talking about Christopher Meloni’s nudity comments and turns out Drew loves it too.

The topic came up during the “Drew’s News” segment on Thursday’s episode of The Drew Barrymore Show, during which Barrymore, 47, cohost Ross Mathews and former NBA player Dennis Rodman discussed actor Christopher Meloni recently telling PEOPLE he is a “big fan of nudity.”

Rodman expressed that he also finds nudity freeing, saying he likes “being an individual that’s very open,” which led cohost Mathews to make a joke in reference to the 61-year-old Meloni’s admission that he enjoys exercising in the nude at his home gym.

“Imagine a jumping jack, if you will,” Mathews joked while gesturing with his arms. “Whoever you are, things are, you know.”

Barrymore then said, “I have to say, too, if I get a moment alone in my apartment and my kids have gone to their dad’s or there’s no one around, I’ll lock all the doors and I’ll walk around naked. It just feels like the most liberating act I can do.”

“That’s cool. I do it all the time,” Rodman said in response. “All the time.”

“All right, well guess what everyone: tune in tomorrow — I’ll be nude, right here at this desk!” Mathews joked. “You’ve convinced me, Rodman.”

I see the pros and cons of nude exercising. Pros: you don’t get as hot and there’s less sweaty workout gear to launder. Cons: equipment gets sweaty and body parts bounce around uncomfortably. I think those cons outweigh the pros, but when exercising at home I try to wear as little as possible so I don’t have to do laundry as often. But I completely get what Dennis Rodman and Drew are saying about nudity at home being freeing and liberating. I mean, I don’t feel particularly liberated, I just feel comfortable, provided the temperature is right. After all, it’s our natural state. It’s also convenient to do a lot of chores and projects in the nude, if possible. Less opportunity to get paint and dust on clothes. Hm, maybe I’m really just advocating nudity because it means doing less laundry. In any case, Stabler, Dennis, and Drew are all right. Exercise naked, do everything naked at home!