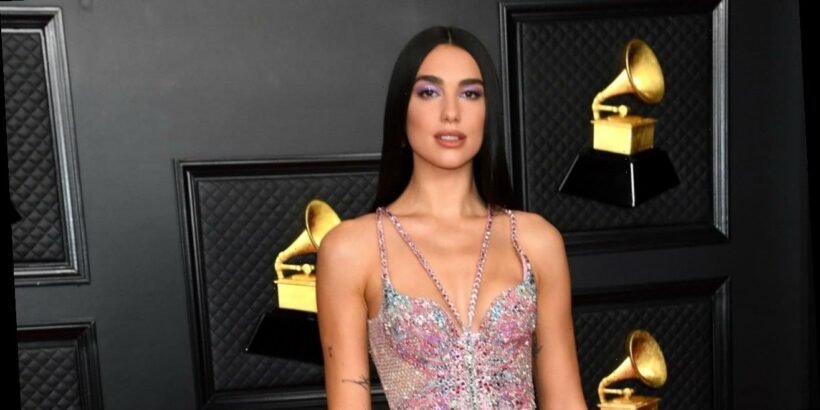 The British pop star rocked a bold look at the 2021 GRAMMY Awards. For the event on Sunday, Lipa, 25, was a total bombshell in custom Versace. The befitting look featured sparkles with a watercolor, cotton-candy color.

The singer previously teased her ensemble to ET, sharing, “There’s a bit of skin, a bit of sparkle. She’s cute!” 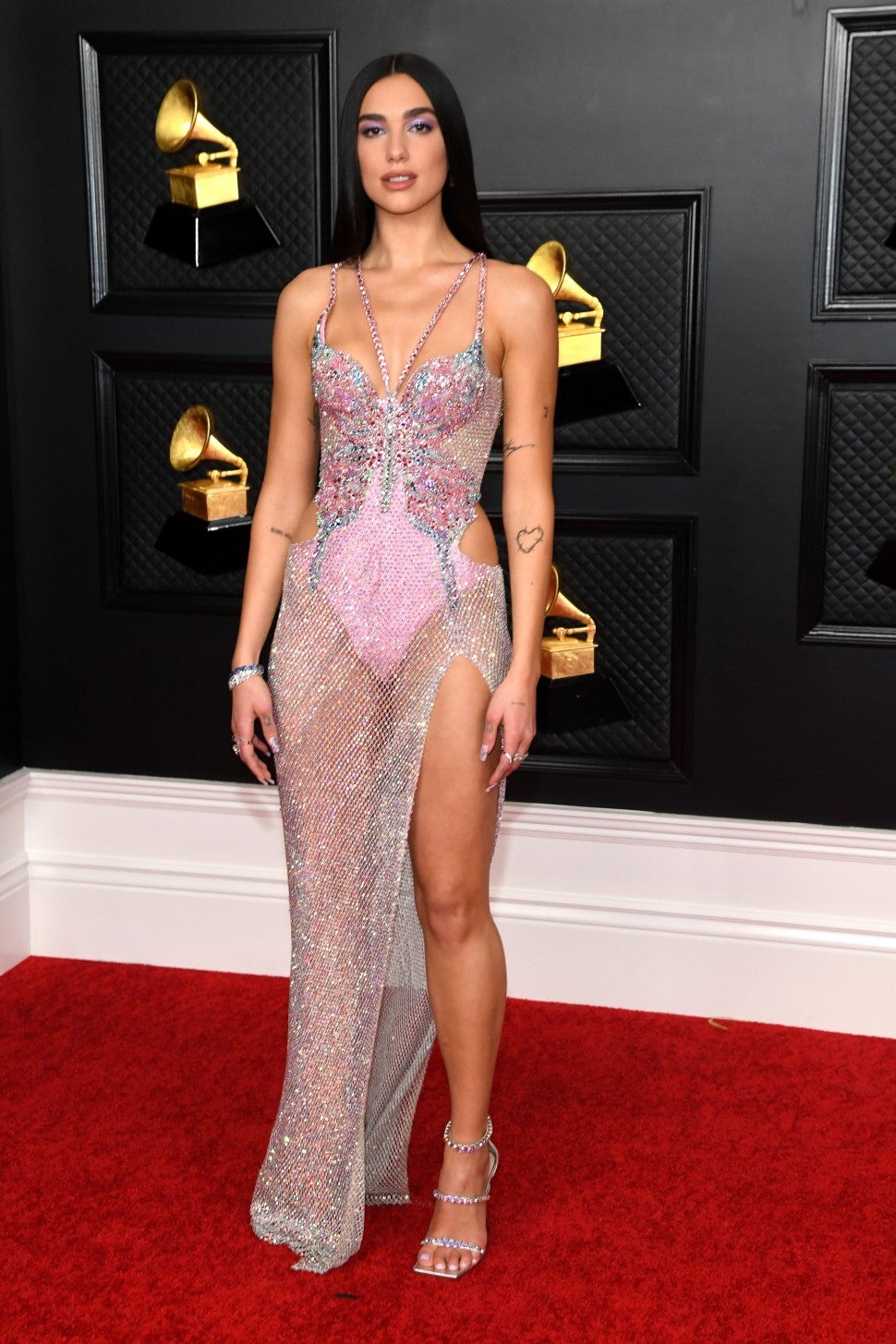 Lipa is up for six GRAMMY Awards, including Record and Song of the Year for “Don’t Start Now,” as well as Album of the Year for Future Nostalgia. She also received a nomination in the Best Pop Duo/Group Performance for her collaboration with J Balvin, Bad Bunny and Tainy, “Un Dia (One Day).” Lipa won her first two GRAMMYs at the 2019 celebration.

“It’s nuts, honestly,” she told ET of her nominations. “But it’s such an honor and a privilege, and I feel so, so lucky for an album that means so much to me, an album that I’m so proud of. An album that’s helped me grow in so many ways, to be recognized for it by my peers means the world, so I’m very grateful.”

“It was just interesting because I feel like I saw it all happen from my sofa,” she said of her success in the last year. “So I had all this amazing response and I was like, ‘Oh my god!’ I was like, I hope I get to perform it soon and I get to tour it, and eventually I did get the opportunity to do like some TV shows and stuff. But it is just really crazy seeing it all unravel in front of your eyes. But it’s just been an amazing experience.”

Additionally, Lipa will be taking the stage during the telecast for a performance that’s sure to be show-stopping.

“I’m so excited,” she said of performing. “I love performing, so any chance that I get to do it, and I mean today, how incredible is it that we get to all be together in a safe way and put a show on. It’s just a dream come true.”

During the rehearsals, she also told ET that she just wanted “to have fun. I’m just so excited to be back. For me, performing is one of my favorite parts of my job.” She also touched on her “unbelievable” six nominations this year.

“Sometimes when you say it out loud, it’s a bit unbelievable and I’m a little bit overwhelmed,” she marveled. “I mean, it’s bonkers, it’s mind-blowing, it’s amazing… These things really only happen in your dreams, so I feel like, well, I’m hoping no one is going to wake me up and be like, “All right, time for school!’ or something.”

“I feel like winning Best New Artist almost just pushed me to work harder,” she noted. “I’m like, OK, I got to prove that I deserve to be here.”

See more in the video below.

The 63rd GRAMMY Awards air Sunday, March 14 at 8 p.m. ET/5 p.m. PT. Follow along right here at ETonline.com for everything you need to get ready for the annual awards show, including how to watch the GRAMMYs, GRAMMYs performers, Best Dressed stars and more.