Father vs. daughter? Thomas Markle is set to offer evidence against Duchess Meghan, his daughter, in her legal battle against the publisher of the Mail on Sunday, according to reports.

Markle, 75, is expected to be called as a key witness for the defense and has given lawyers previously unreleased text messages he exchanged with Meghan, 38, before her May 2018 wedding to Prince Harry, the Daily Mail reported on Tuesday, January 14.

Documents filed in defense papers at the High Court in London on Monday, January 13, describe some of the text message exchanges, including one in which the sender, purportedly Harry, 35, accused the retired lighting designer of causing hurt to Meghan after Markle messaged her to say he couldn’t attend the couple’s wedding because of his emergency heart surgery, per the outlet. 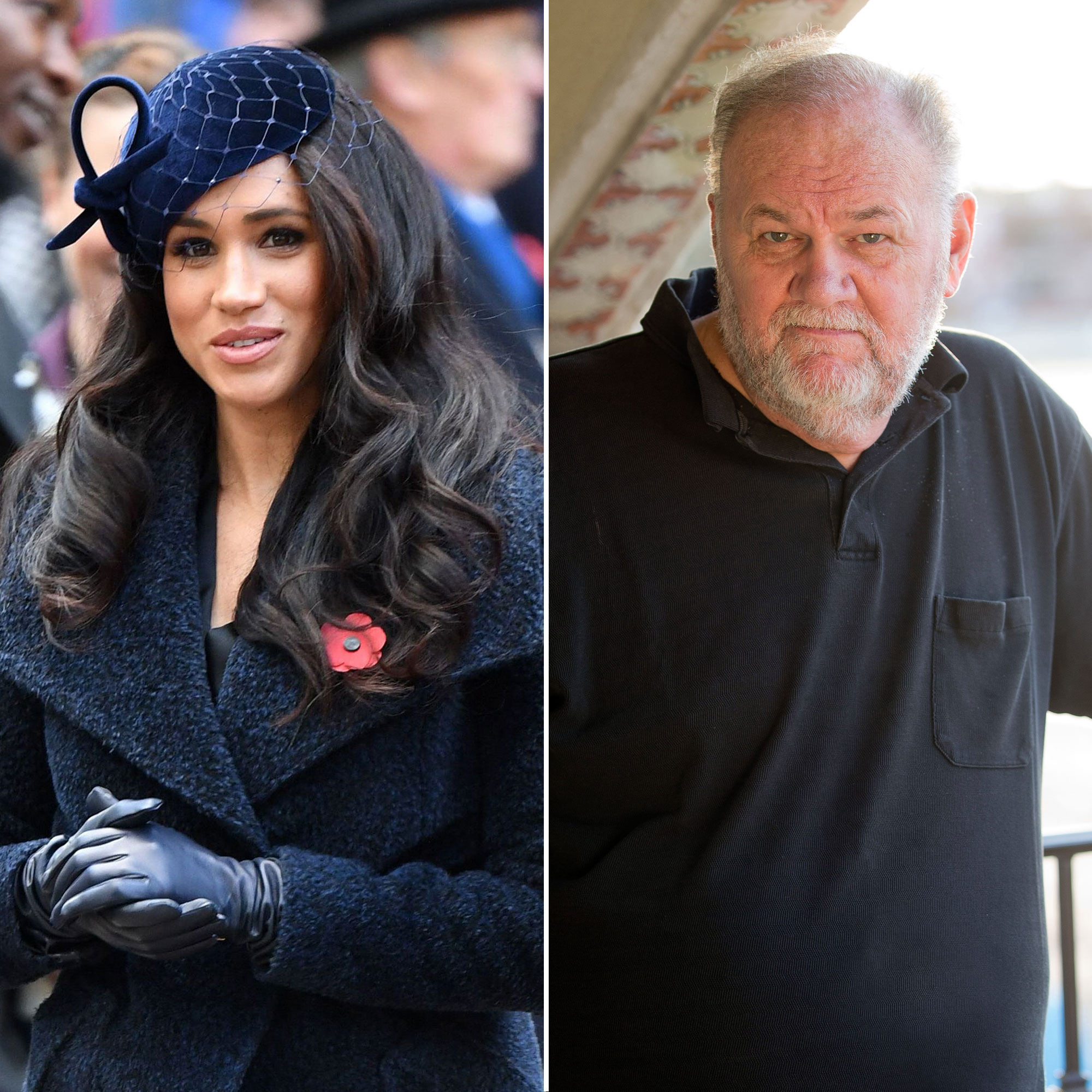 “I’ve done nothing to hurt you Meghan or anyone else,” Markle wrote back, according to The Sun.

Meghan and her father have been estranged since was involved in a paparazzi photo scandal days before her wedding. He has subsequently spoken out about his daughter and criticized the British royal family in several interviews.

The court documents also allege that Meghan schemed to use friends to pressure journalists into dropping stories about her,

Meghan sued the publisher in October over the Mail on Sunday’s decision to print a “private and confidential” letter she wrote to her father, which was penned at a “time of great personal anguish and distress.” According to her lawyers, the letter included “her intimate thoughts and feelings about her father’s health and her relationship with him at that time” and the newspaper “chose to deliberately omit or suppress” pertinent sections of the letter.

As a result, the Suits alum is seeking damages for “alleged misuse of private information, copyright infringement and breach of the Data Protection Act.” The publisher has denied the allegations.

The news of Markle’s involvement in the trial comes nearly a week after Meghan and Harry announced their decision to “step back” as senior members of the royal family. At the time, Markle exclusively told Us Weekly he was “disappointed” in the couple’s choice.