Reuniting in honor of their father-in-law! Duchess Kate and pregnant Duchess Meghan — along with their husbands — attended an event together on Tuesday, March 5, to celebrate the 50th anniversary of the Investiture of The Prince of Wales.

Kate and Meghan, both 37, were all smiles at the reception hosted by Queen Elizabeth II that was held at Buckingham Palace as they accompanied Prince William and Prince Harry. Their outing came amid ongoing rumors that the sister-in-laws are feuding.

Speculation of a rift escalated in November 2018 after news that the former Suits star — who is pregnant with her first child — and the military pilot, 34, are set to move to Frogmore Cottage in Windsor, England, which is further away from Kate and William’s home in Kensington Palace.

“The ‘feud’ is definitely being played up. Are they the best of friends? No. Do they speak every waking second? No. Do they hate each other? Absolutely not,” a source told Us Weekly at the time. “They are two women under serious amounts of pressure, stress and under a huge spotlight that no one can relate to – they will always have a bond that no one can break.”

The insider also explained that the Meghan and Kate are “from two totally different worlds,” adding, “Kate is English, and not as initially warm as Meghan is. That’s how she is by nature. Kate and Meghan have really grown to love and respect one another. They just have different approaches based on where they grew up.”

More recently, an insider told Us exclusively that Kate will throw Meghan — who wed Harry in May 2018 — a celebration in her honor ahead of the arrival of the newest royal baby. The retired actress previously celebrated with friends during a surprise trip to New York City in February.

“There is still going to be some sort of private baby-centric event for Meghan’s U.K. people, and Kate will host,” the royal insider explained in February. “Her glam people and other relatives will be there. Not sure if it’s a total baby ‘shower,’ but you could probably call it that.”

Scroll down to see photos of the royal celebration that brought together Meghan and Kate, who were last photographed together in December 2018. 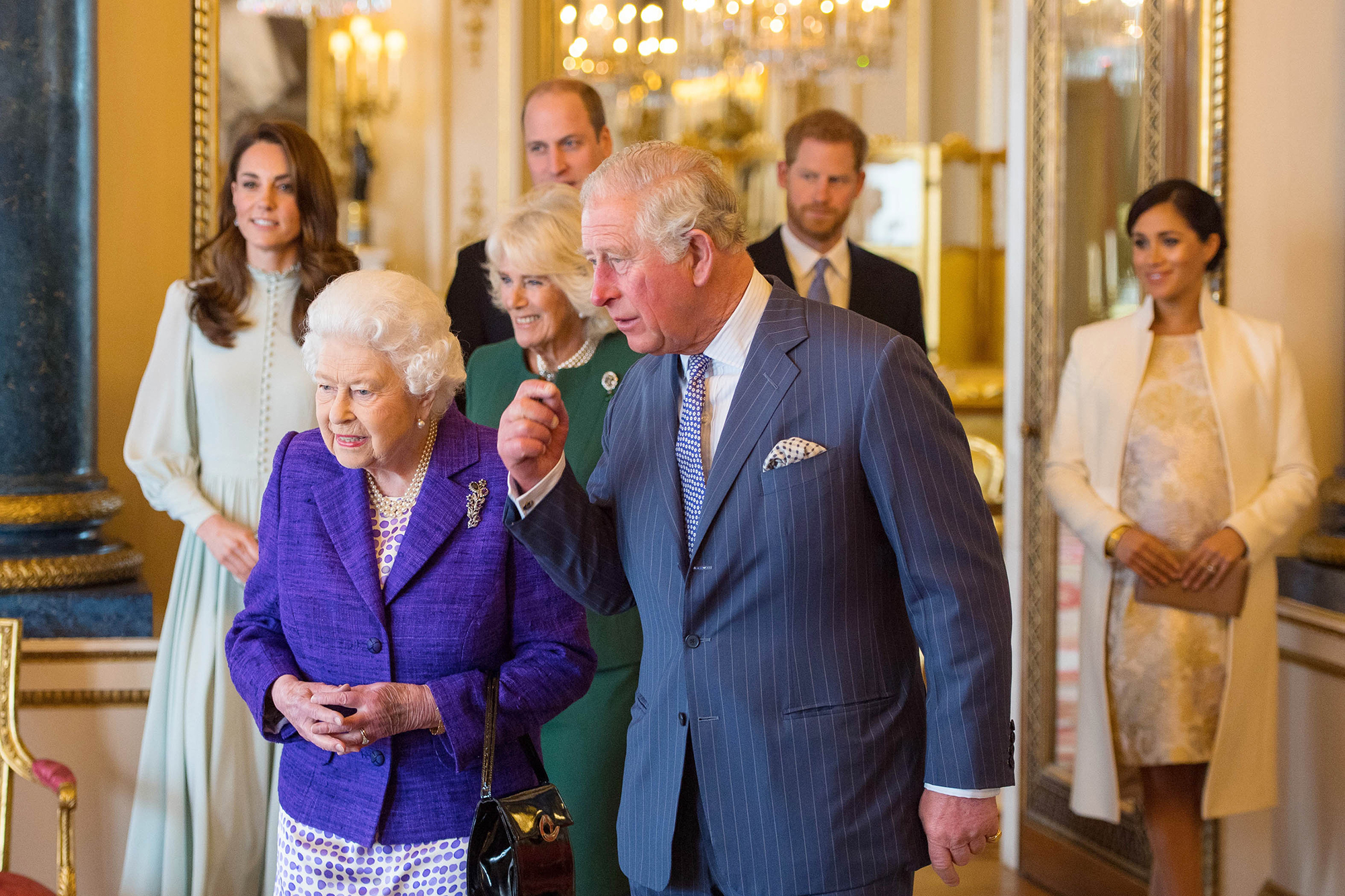 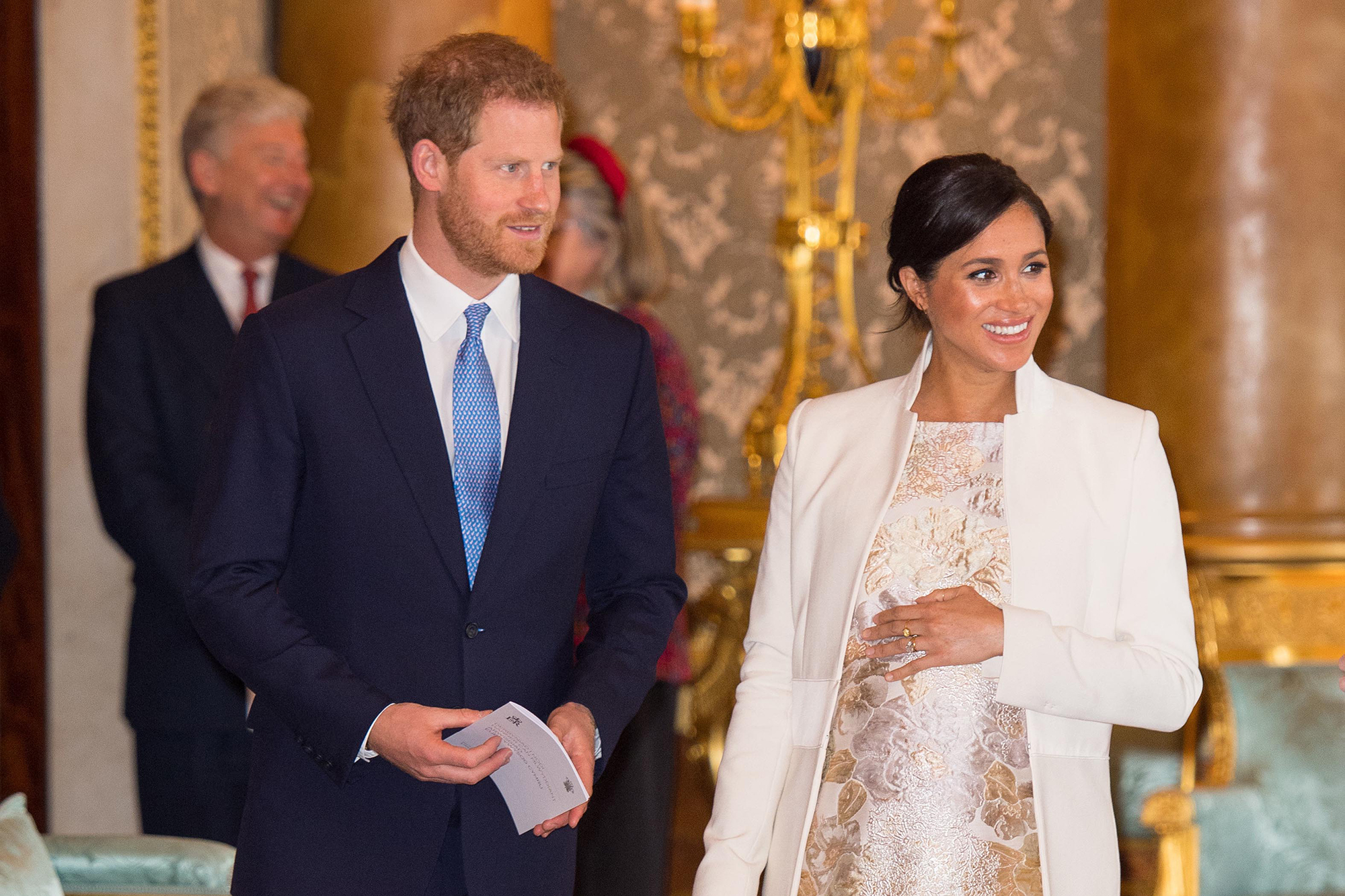 Meghan cradled her baby bump in a stunning white-and-gold dress as her husband beamed next to her. 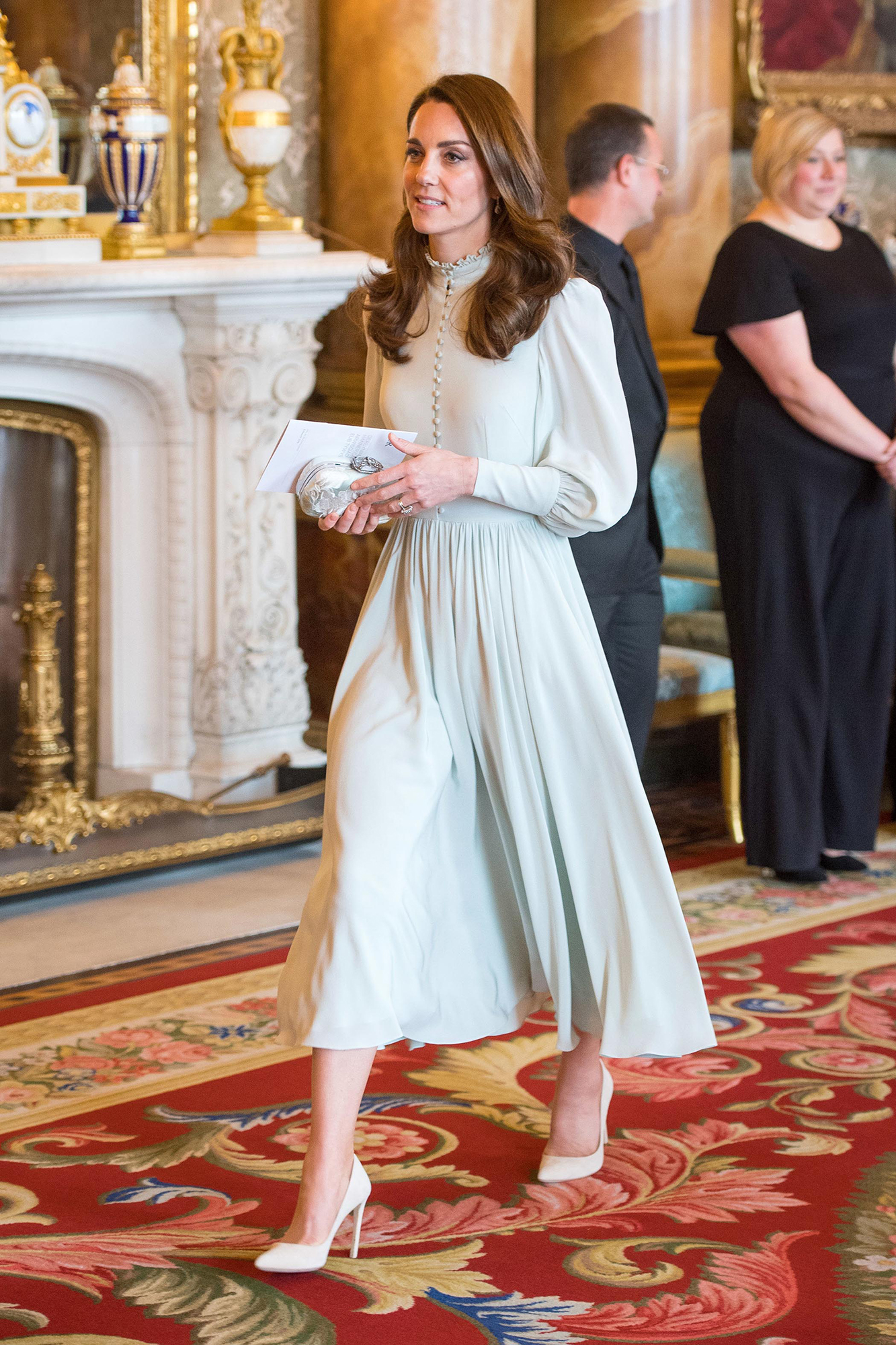 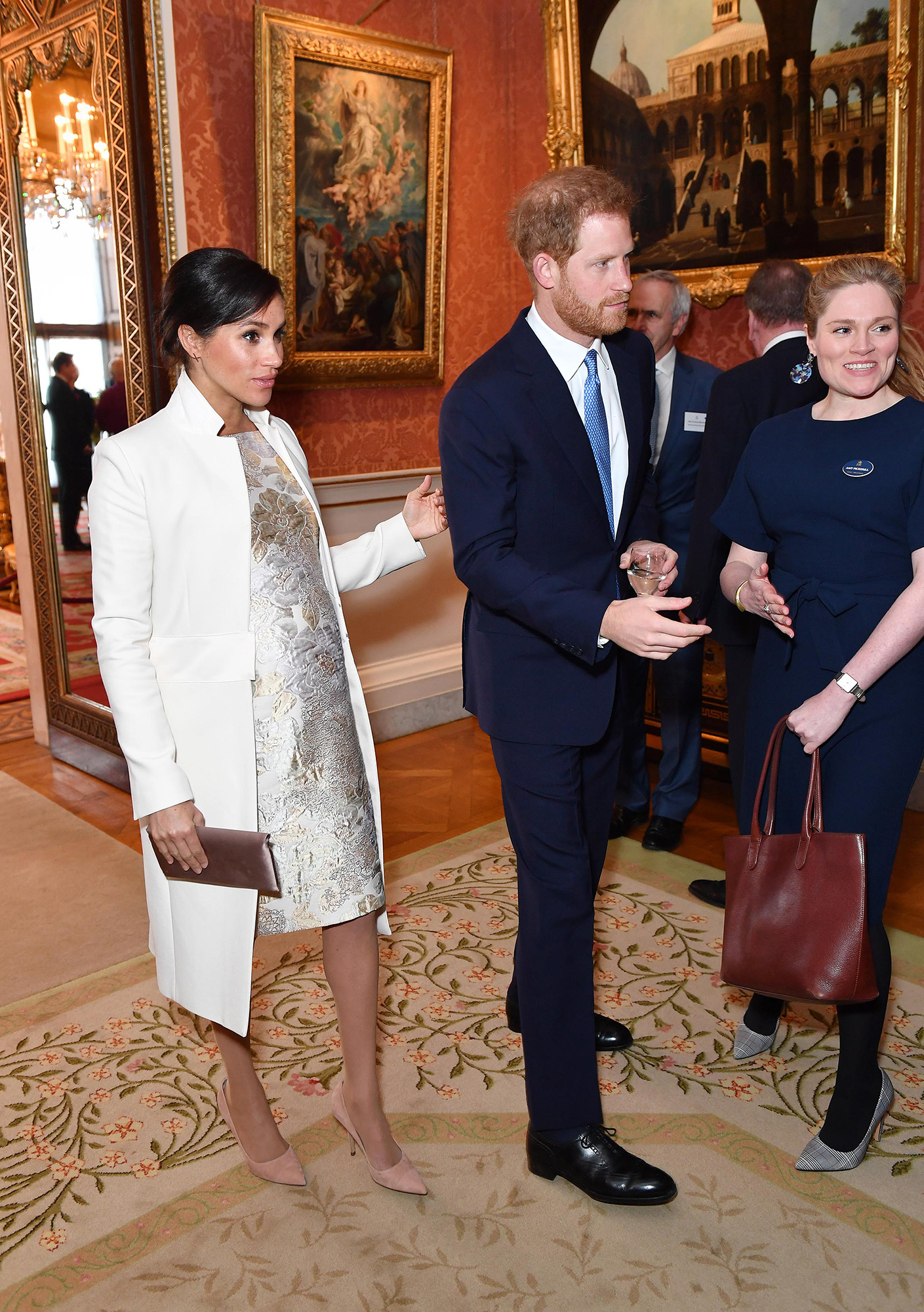 The soon-to-be parents kept near each other as they walked side by side during the event. 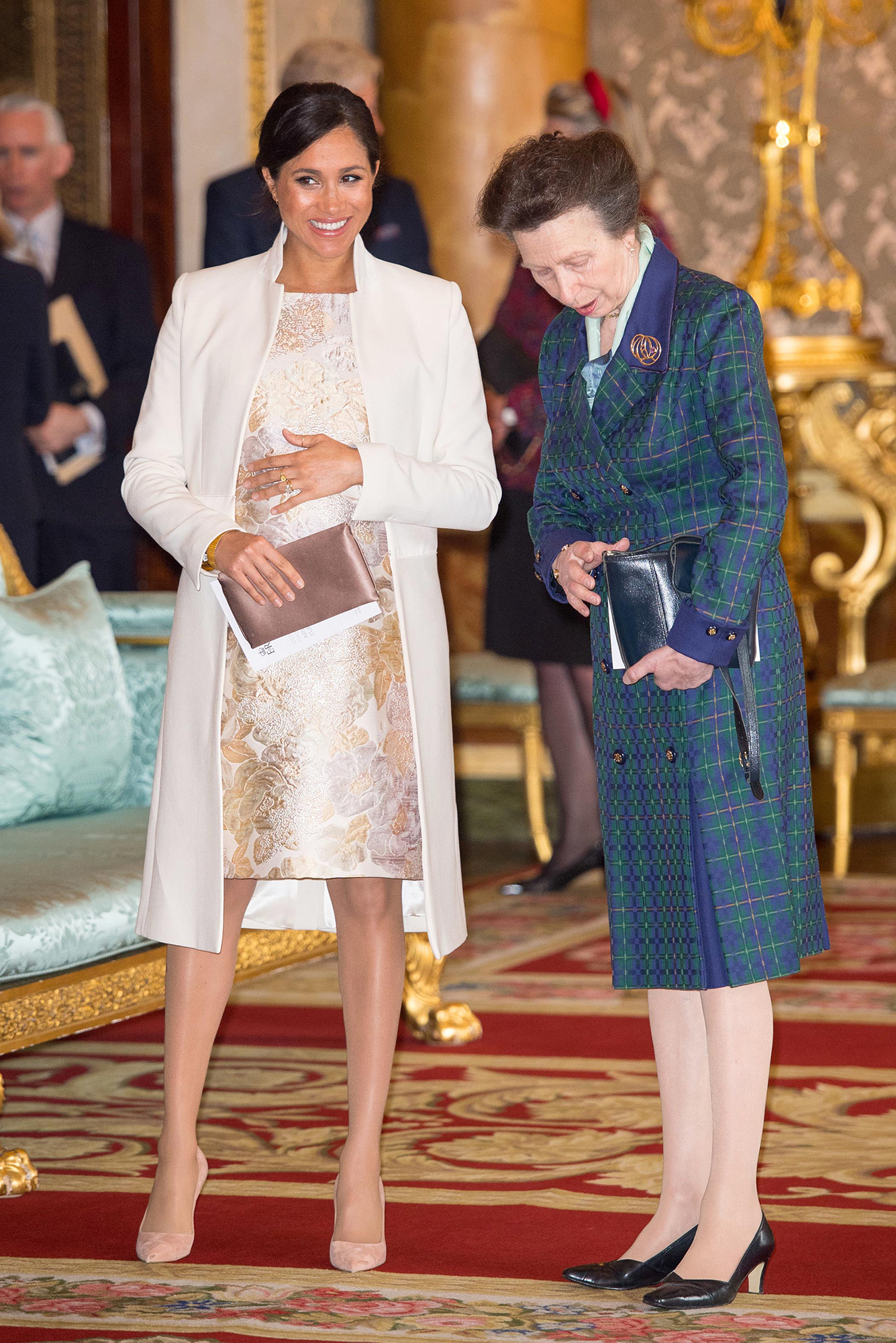 Meghan grinned from ear to ear as she stood next to Princess Anne.