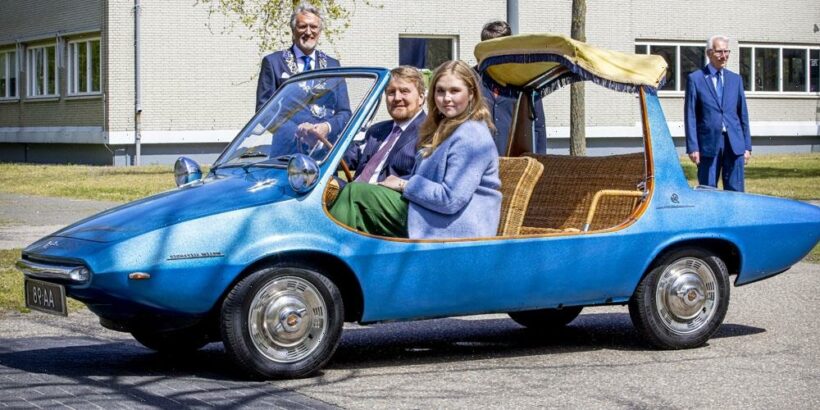 King Willem-Alexander and his daughter, Princess Catharina-Amalia of The Netherlands make their grand entrance for Kingsday on Tuesday afternoon (April 27) in Eindhoven, Netherlands.

The 54-year-old monarch and Amalia, who will succeed him on the throne, were joined by Queen Maxima, and Princesses Alexia and Ariane, for the celebration.

To kick the celebration off, the royal family paid a visit to the DAF Museum in the city and got to drive a few of the vehicles there.

Willem-Alexander and Amalia rode in a vintage 1960s DAF Beach Car, while Maxima and her other two daughters were seen driving behind them in a more modern DAF car.

The Dutch royal family also stopped by the High Tech Campus and participated in a special TV show, that was live-streamed to the Dutch public.

Check out the Dutch Royal Family celebrating Kingsday by riding in DAF cars below!