Scream was one of the biggest movie franchises of the 1990s, so it’s only fitting its upcoming sequel is filled with some of today’s biggest stars. The Scream 5 cast is getting filled out, and it’s turning out to be a perfect mash-up of the franchise’s original actors and some new fan-favorites, such as Dylan Minnette and Mason Gooding, who just joined Scream 5‘s cast. I’m calling it now, this upcoming movie is going to be a must-see.

Minnette is best known for starring in Netflix’s 13 Reasons Why as main character Clay Jensen. Gooding recently starred in Booksmart and Season 1 of Hulu’s Love, Victor. They’re joined by Mikey Madison, who fans will recognize from Once Upon a Time… In Hollywood and Better Things, as well as The Boys star Jack Quaid. Other new-to-the-franchise cast members include Kyle Gallner, Jasmin Savoy Brown, Jenna Ortega, and Melissa Barrera.

These new faces will join the Scream franchise stars Neve Campbell, David Arquette, and Courteney Cox, who’ll reprise their respective roles from the original movies. Scream 5 is being directed by Radio Silence’s Matt Bettinelli-Olpin and Tyler Gillett, who made the horror movies Ready or Not and V/H/S, and is written by James Vanderbilt and Guy Busick. They’re taking over these roles from the Scream franchise’s original creator Wes Craven, who died in 2015. 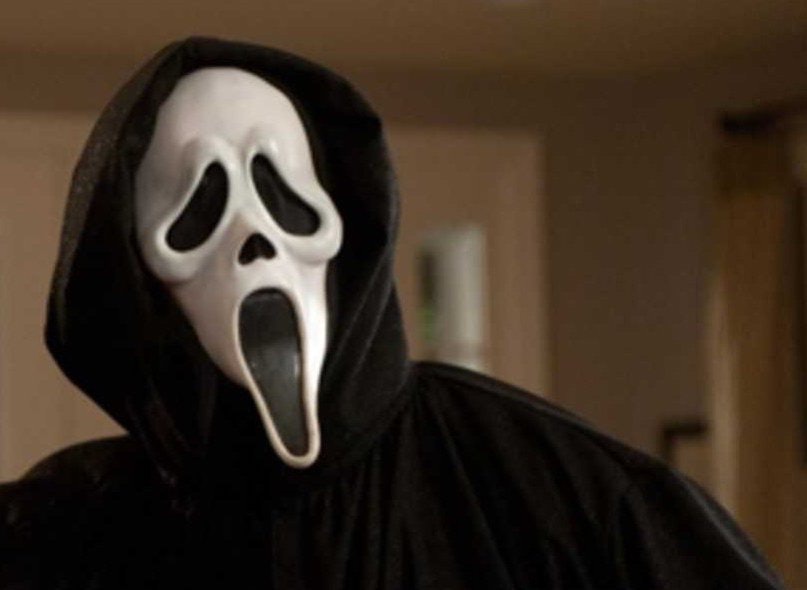 The changing of leadership may have some diehard fans wary of the new movie, but good news is, this latest installment of Scream has the seal of approval from Campbell, whose character Sidney Prescott is at the center of the series. She told Bloody Disgusting:

There’s no word yet on the plot of Scream 5, but if it’s anything like its predecessors, the people in Sidney Prescott’s life will probably be in danger of getting offed by a ghost-faced killer. Scream 5 may have a star-studded cast, but chances are, only some of them will make it to the end of the movie.