Dynamo has revealed he is debating taking legal action after uncooked chicken served in a restaurant led to his hospitalisation for a Crohn’s disease flare up .

The 35-year-old, who first opened up about his battle with the autoimmune disease earlier this year, insisted his hospital stint last summer was down to the raw food, as he revealed his plight in an interview with The Sun.

The magician, real name Steven Frayne, previously said he was unable to shuffle a pack of cards due to the arthritis associated with the condition.

Illness: Dynamo, 35, has further shared about a flare up with the autoimmune disease, claiming his hospital stint last summer was caused by undercooked chicken

Dynamo said: ‘I know exactly what it was that caused the food poisoning — it was chicken. I know where I got it from. I’ve got the receipt. I’m considering taking action right now and seeing what I can do. I’m talking to my team about it.’

But the TV star is finally starting to feel like himself again, despite a two stone weight gain as a result of the medication needed to treat the flare up.

Earlier this year, Dynamo shared details about his battle with the condition.

He explained he is was dealing with side effects of his steroids medication, including arthritis affecting his hands, knees, toes, ankles and neck. 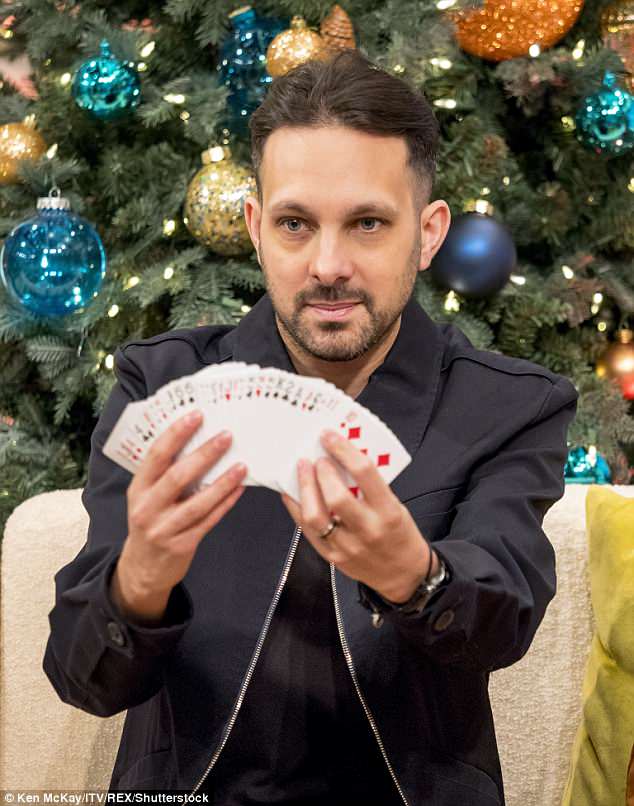 Painful: The magician, who’s real name is Steven Frayne, previously said he was unable to shuffle a pack of cards due to the arthritis associated with the condition

In the video, he said: ‘Hi everyone, it’s Steven here, Dynamo. I’m making this video to let you know what’s been going on in my life over the last eight months.

‘I’ve been keeping a low profile. As I got really sick I ended up in hospital last summer with really bad food poisoning, which with Crohn’s disease is a very bad combo’.

‘Thankfully the NHS worked very well to get me back on my feet and a lot of ongoing side effected from the food poisoning which I’m still dealing with today.’

He added: ‘One of them being a bad type of arthritis which affected all the joints in my body. My toes, my knees, my neck, my ankles, my hands, which really sucked as a magician because I can’t use my cards which had happened on the odd occasion.

‘But I’m working with doctors and physio and doing everything in my power to get to 100 per cent. I’m working on lots of new magic so hopefully you’ll get to see that again soon in the future.’

Going on to explain the change in his appearance, he continued: ‘My appearance has changed a lot due to my medication and all my medication has caused me to put on a lot of weight, as well as a rash which is all over my head and is actually all over my body, but thankfully you guys only have to see this part of my body.

‘I’m sorry about that. I’m doing everything in my power to get better I’m just wanting for you to hear it from me in case you hear it from anywhere else. 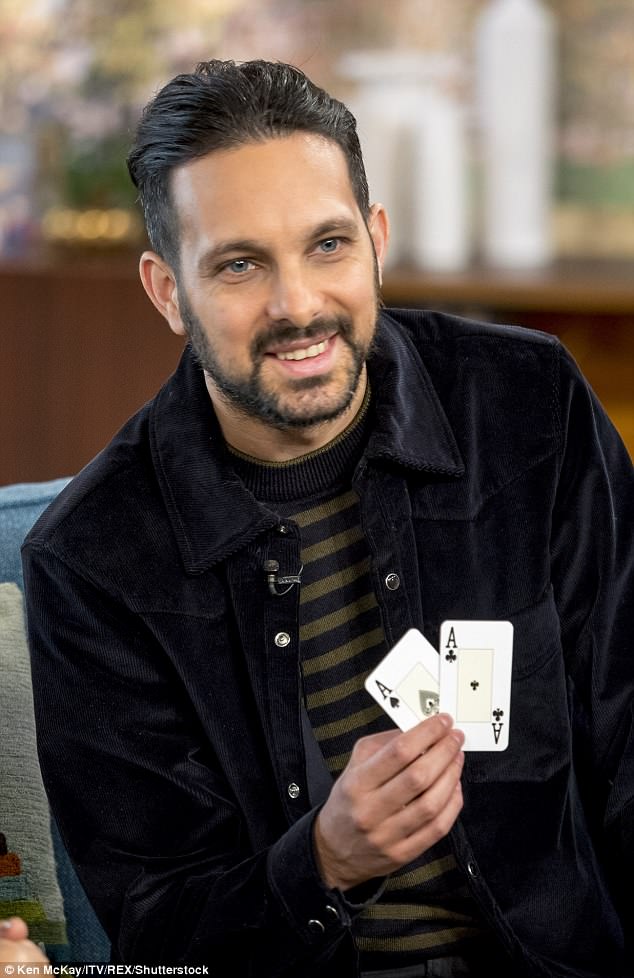 Struggle: Dynamo told The Sun : ‘I know exactly what it was that caused the food poisoning — it was chicken’

‘But I’m staying positive I’m working on new magic and I’ve got great people supporting me. I know you guys who have supported me from day one will have my back, so thank you for that. Bye.’

The magician also posted a picture online showing the side effects of the steroid treatment for the condition. The Bradford native has had the disease since he was a teenager and has to follow a strict diet in order to battle it.

After having half of his stomach removed aged 17 he still wakes up in ‘excruciating pain’ nearly every day.

One of the main symptoms of the disease is causing inflammation to the stomach lining which Dynamo manages by banning gluten, dairy, fat and vegetables from his diet.

Although treating the condition with steroids reduces the inflammation it has side effects including weight gain.