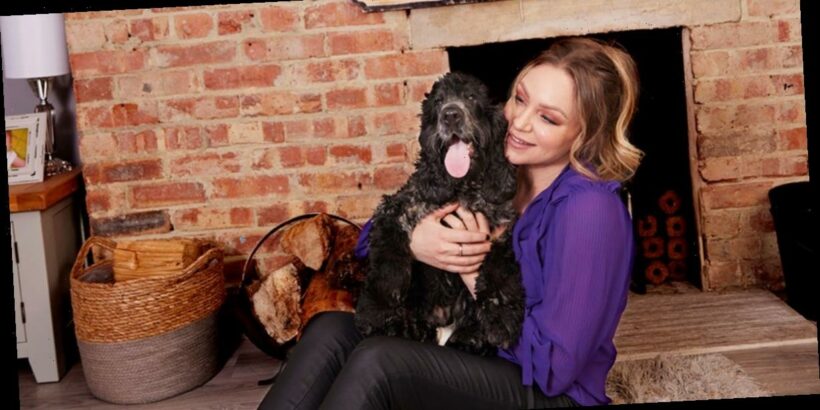 EastEnders legend Rita Simons has revealed how she lost more than a stone in weight and was “physically ill“ as she battled depression, insomnia and tried to come to terms with her divorce.

Speaking exclusively to OK! Magazine the star, who played the fierce Roxy Mitchell for nearly 10 years, opened up about the end of her marriage to hairdresser Theo Silveston, with whom she shares 15 year old twin daughters Maiya and Jaimee.

As she lets OK! magazine inside her stunning home, which she gives us an exclusive tour of, actress Rita reflects on the turbulent time in her life.

Rita tells us: “I was working non-stop and doing well but I was desperately unhappy – not that anyone would have known. I had so much going on at home I was driving myself mad working to try to forget about everything else.

"I was physically ill every other week and I lost loads of weight,” admitted Rita, who was a contestant on I’m A Celebrity… Get Me Out Of Here! in 2018.

As she sat down in the home she now shares with her daughters Jamiee and Maiya, Rita continued: “I lost a stone in the jungle and then another three-and-a-half pounds. I didn’t have a life.

"Every night I would go on stage in the West End in Everybody’s Talking About Jamie having just had some fraught conversation with Theo, and later on having just received legal letters. And I would just cry, go on stage, come off, cry and respond.

“I also had terrible insomnia for about a year. When I’m unhappy, my sleep is the first thing to go and then the knock-on is the depression and anxiety.”

Rita, 43, starred in the 18th series of I’m A Celeb alongside the likes of actress Emily Atack, Coronation Street star Sair Khan, Deal Or No Deal host Noel Edmonds and Dancing On Ice judge John Barrowman.

The series was won by football manager Harry Redknapp.

But, the actress says she has now come out the other side stronger and more content, revealing exclusively to OK! magazine in a candid chat that she’s the “happiest I’ve ever been”.

Rita, whose divorce was recently finalised, lives in Hertfordshire with her two daughters and their new addition, Harry the Cocker Spaniel, in a four-bedroom home.

She is dating actor Ben Harlow, 45, who she met whilst they were both starring in a touring production of Legally Blonde in 2017.

Speaking of her new romance, she tells OK!: “He is the sweetest, kindest man I’ve ever met. Anything I might get upset about, he manages to calm me down. He was one of the friends that, had it not been for him during all of my insanity, I wouldn’t have made it through.”

Her time on Albert Square came to an end in a New Year’s Eve storyline in 2017 that saw Roxy and her sister Ronnie Mitchell – played by Rita’s close friend Samantha Womack – drown in a swimming pool on Ronnie’s wedding day to Jack Branning.

Rita says Samantha, who also recently split from her husband Mark, supported her through her split.

“Sam and I go through everything at the same time. If it wasn’t for Sam and a handful of close friends, I’d have gone mad. Sam has been my rock and I think she’d tell you I’ve been hers,” she says.

Since leaving EastEnders Rita has also gone on to star in Everybody’s Talking About Jamie, The House On Cold Hill, various pantomimes and Hairspray, which she will return to when theatres reopen.