The Kardashians are in a celebratory mood! The reality TV family just finished filming the 16th season of their hit E! show, and marked the occasion with an epic cake and some rollerblading.

Kim Kardashian captured the enormous confection on her Instagram Stories on Monday, March 11, and gave fans a good look at it. The “16”-shaped cake, which was white with a black icing border outlining each digit, served as a clear nod to the number of seasons the family has shot of Keeping Up With the Kardashians. 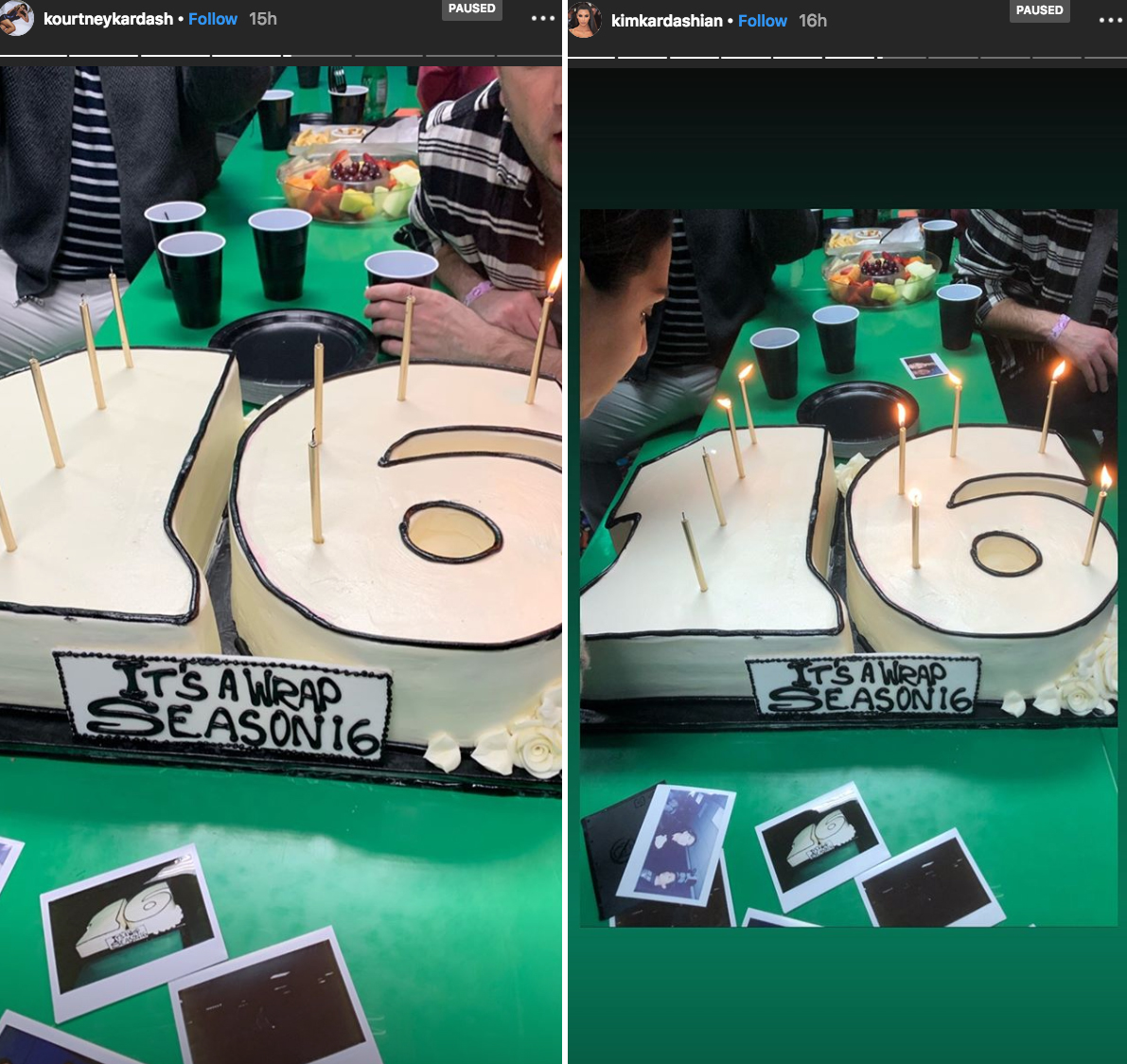 Though the dessert was simple by Kardashian standards (remember, Stormi Webster’s first birthday cake contained multiple tiers and was topped with a spinning mini carousel) this sweet treat was impressive in its own right. In addition to its massive size, the cake also featured white icing flowers along the sides. An edible white plaque in the front of the pastry read: “It’s a wrap Season 16,” and it was topped with an handful of gold candles.

In addition to celebrating the conclusion of season 16 with sweets, the famous clan also let loose by going rollerblading at an indoor roller rink. While Kim, 38, and Kourtney, 39, shared clips of themselves rollerblading, Kim’s husband, Kanye West, took a slightly different approach.

“He brings his own skateboard to the skate park,” the KKW beauty founder mused of her spouse as she angled her phone down to reveal West, 41, ditched the rollerblades in favor of his own four-wheeled ride.

While it looks like Khloé might have skipped the wrap party, she’s found another source of joy in the midst of all the drama surrounding her tumultuous split from boyfriend Tristan Thompson. The 34-year-old took to her own Instagram Stories to show off her hyper-organized pantry. “Random but, this makes me happy,” she wrote over a photo showing off an area of the pantry dedicated to baking supplies. Each ingredient, including semi-sweet chocolate chips, organic flour and light brown sugar, lives in its own clearly labeled canister. 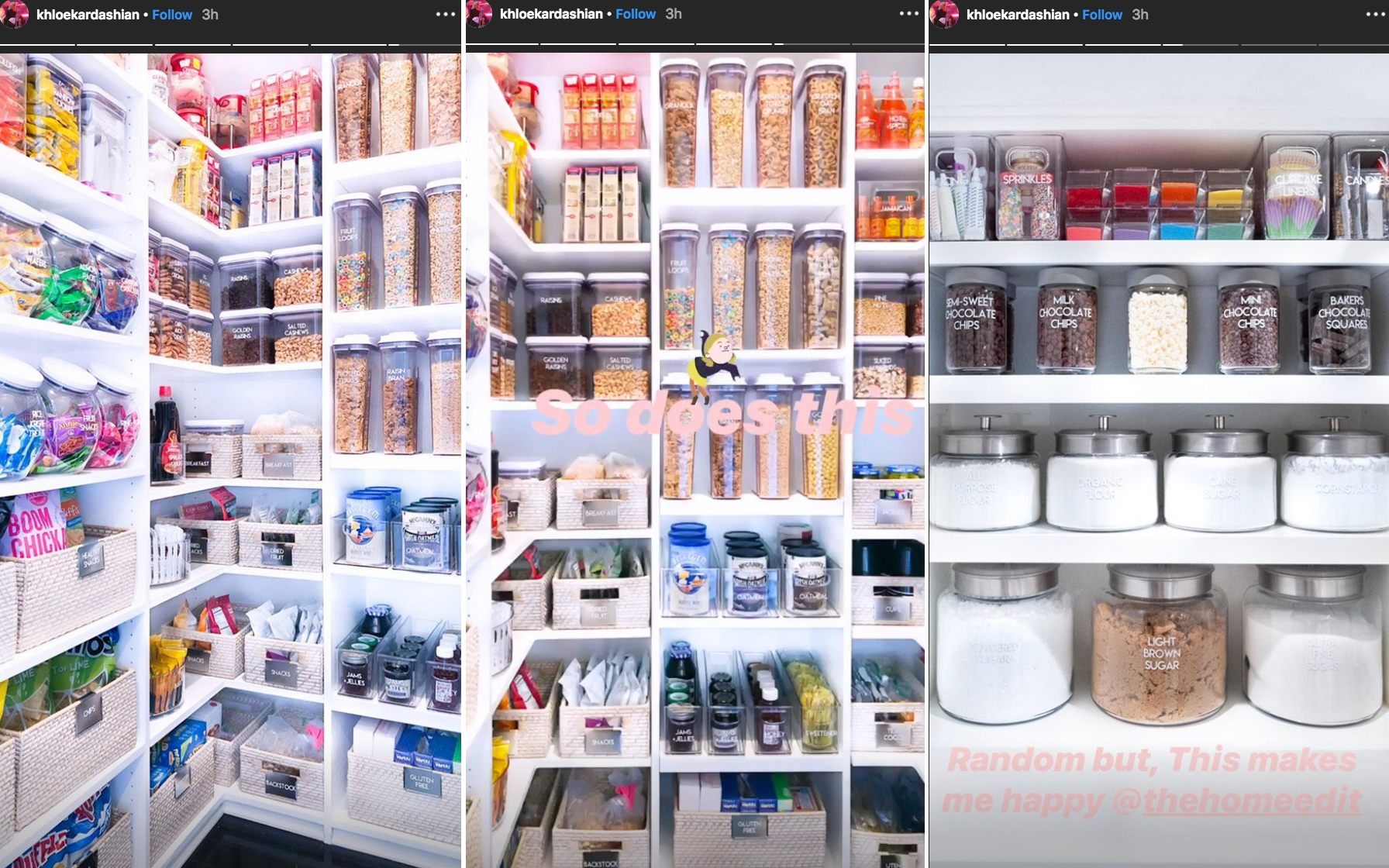 “So does this,” wrote the Good American cofounder over a wider shot of the food-filled room featuring individually labeled cereal containers, rows of condiments, sweeteners and more.

“Everything to me has a home,” the Kardashian said of her pantry in a 2017 YouTube video for her website and app, joking about being Khlo-C-D. “As you can tell I like containers. I like things to all kind of look the same and have some fluid flow to it.”