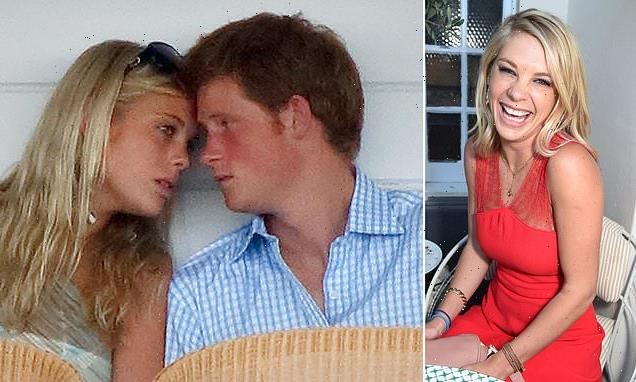 Prince Harry loves to conduct his personal life amid great secrecy, but his ex-girlfriend, Chelsy Davy, has shown him how it’s really done.

I hear the former City lawyer gave birth to her first child last month without virtually anyone knowing she was pregnant.

‘Chelsy gave birth to a healthy boy,’ one of her friends tells me. ‘She’s named the baby Leo.’

Party-loving Chelsy, 36, apparently managed to keep her pregnancy a secret because she’s been living in the quiet area of Chiswick in West London, rather than her previous, paparazzi-filled stomping ground of Chelsea. 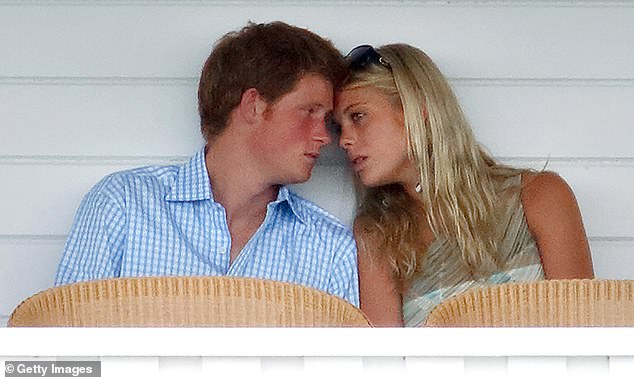 Prince Harry loves to conduct his personal life amid great secrecy, but his ex-girlfriend, Chelsy Davy, has shown him how it’s really done

The identity of the baby’s father is a mystery. Her last known boyfriend was dashing television producer James Marshall, but they split up in 2018.

Chelsy revealed in 2020 that she had a serious boyfriend, but did not give his name, explaining: ‘There is someone, and I am quite taken by this one, but it’s very new and I don’t want to say too much.’

Chelsy, who was born in Zimbabwe, began dating Prince Harry while she was a pupil at Cheltenham Ladies’ College. The pair had an on-off relationship for seven years until they split in 2011, as Chelsy didn’t want to be a royal bride.

The tumultuous couple were still the subject of rumours in September 2015, when reports suggested they wanted to give their relationship another go.

Less than a year later, Harry was introduced to Meghan Markle.

Chelsy, who now runs a jewellery and luxury travel business, did not respond to requests for comment. 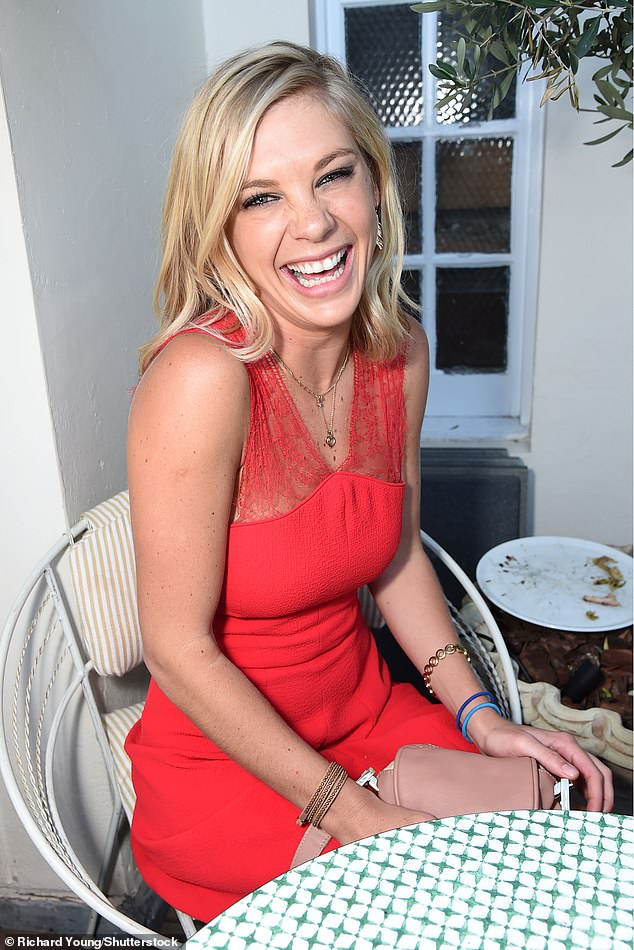 At what age should you give up disco-dancing? Countess Bathurst, chatelaine of Cirencester Park in Gloucestershire, where Princes William and Harry played polo, has fractured her wrist at a wedding.

‘I was being spun around on the boards — on which a drink had been spilled,’ Sara Bathurst, 57, says.

‘I measured my length in spectacular style. Not realising what I’d done, I carried on dancing for three hours. My street cred with the young has reached new heights.’

It wasn’t until the next morning that she went to hospital. She adds: ‘The lesson that it’s unwise to try to keep up with the younger generation has been learned. 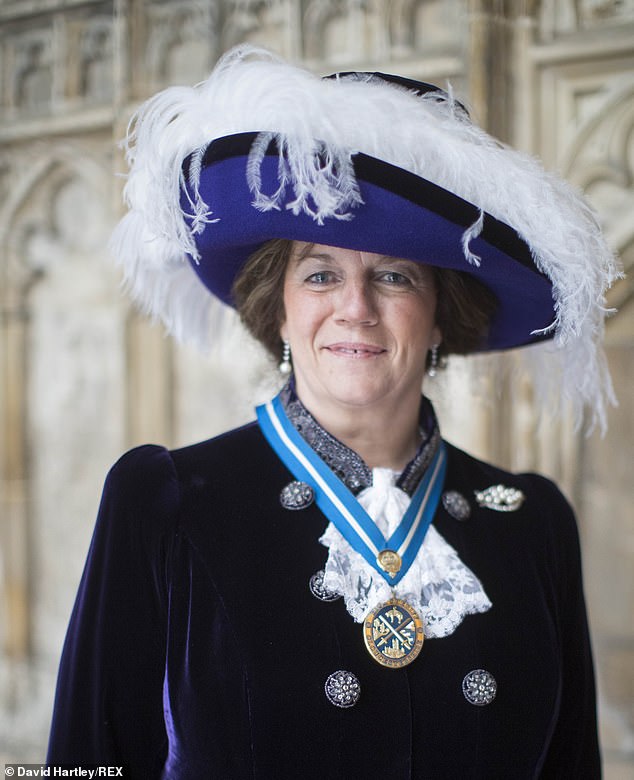 At what age should you give up disco-dancing? Countess Bathurst, chatelaine of Cirencester Park in Gloucestershire, where Princes William and Harry played polo, has fractured her wrist at a wedding

Having been forced to share the lavish 115-room, grace-and-favour Chevening House in Kent with Liz Truss, Dominic Raab is now trying to emulate its spectacular 18th-century entrance hall at his own home.

The Deputy Prime Minister and his wife, Erika, have been granted permission to renovate their £1.6 million five-bedroom house near Esher in Surrey, following a planning battle with a neighbour.

The Raabs are to build a cosy den, as well as an enlarged entrance hall, study and rear lobby.

They have been given the go-ahead as long as obscure glazing is used, after a neighbour complained the plans would result in a loss of privacy on their patio.

Raab, who celebrated his 48th birthday yesterday, applied for permission for the overhaul just five weeks after being ordered to share the keys to Chevening with Truss, who succeeded him as Foreign Secretary.

This might not win him any friends among all those Guardian readers at the BBC, but Radio 4’s Today presenter Justin Webb has revealed that the first paper he turns to in the morning is the Daily Mail.

Webb, 61, told an audience at a corporate event in London that he turns to Britain’s No. 1 paper because ‘it’s got all the big stories, often sets the news agenda and is an entertaining read’.

Clearly a man of impeccable taste…

Even if the world can feel grim at the moment, Mamma Mia! star Amanda Seyfried still likes to jump for joy.

The Hollywood actress, 36, was in high spirits ahead of the premiere of her new TV drama, The Dropout, so shared this photo of her leaping on a bed.

She managed to look stylish while doing so, in a blue velvet ruffled mini dress by Oscar de la Renta.

The Dropout sees her portraying Elizabeth Holmes, the world’s youngest self-made female billionaire, who was recently convicted of criminal fraud. 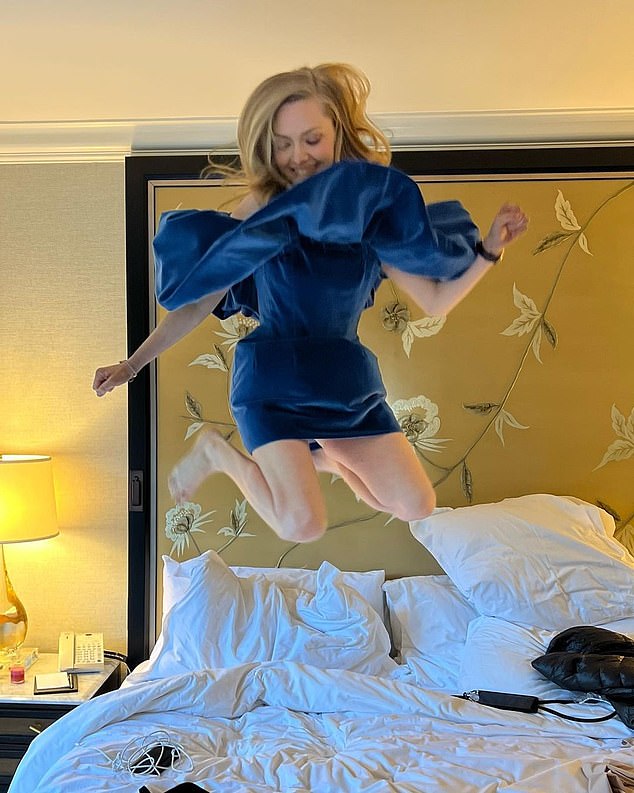 Even if the world can feel grim at the moment, Mamma Mia! star Amanda Seyfried still likes to jump for joy

Sir Van Morrison is no longer welcome at the Wiltshire estate of Ian Anderson, frontman of Jethro Tull.

‘Some of his behaviour made me think of him as a quite despicable person,’ Anderson says of his former friend’s anti-lockdown campaign.

‘I don’t want to think of him that way, but when you’re disappointed in someone’s irresponsible behaviour, and almost infantile proclamations to the world, that makes me feel justified in disliking that man as much as I do now.’

Rugby rivalry heats up for William and Kate

Decorum and decency will be in unusually short supply in the Duke and Duchess of Cambridge’s household today.

That’s according to former England rugby captain Jason Robinson, who knows just how competitive things get between him and Welsh wife, Sian, whenever the two sides meet in the Six Nations, as they do at Twickenham this afternoon.

‘I know exactly how it is — my wife’s Welsh,’ he tells me. ‘It’s whoever can get up earliest and get a shirt on our son, Noah.

Then, I’ll get God Save The Queen on, if Sian hasn’t already stuck Bread Of Heaven on.’

Surely Welsh Rugby Union patron Prince William would not object to Kate, who recently succeeded Prince Harry as the figurehead of English rugby, playing God Save My Grandmother?

Most people slow down when they reach their 80s, but Prue Leith, who turned 82 this month, is adding to her projects instead.

The Bake Off judge tells me she’s now tending to her Gloucestershire neighbours’ 100 acres of land, which she sold them.

She used her remaining 60 acres to build a home to live in with husband, John Playfair, 74, for the first time after ten years together.

‘We’re supervising the farming of our land and theirs to turn it into sustainable fields for wild flowers,’ she says. ‘It sounds too good to be true, doesn’t it?’

Formula 1 heiress Petra Ecclestone’s fiance, Sam Palmer, announced last year that they were home-schooling their children because the curriculum included too much ‘woke stupidity’, but now they’ve made a screeching U-turn.

I can disclose that the couple are trying to enrol their three children into expensive private schools in Los Angeles. 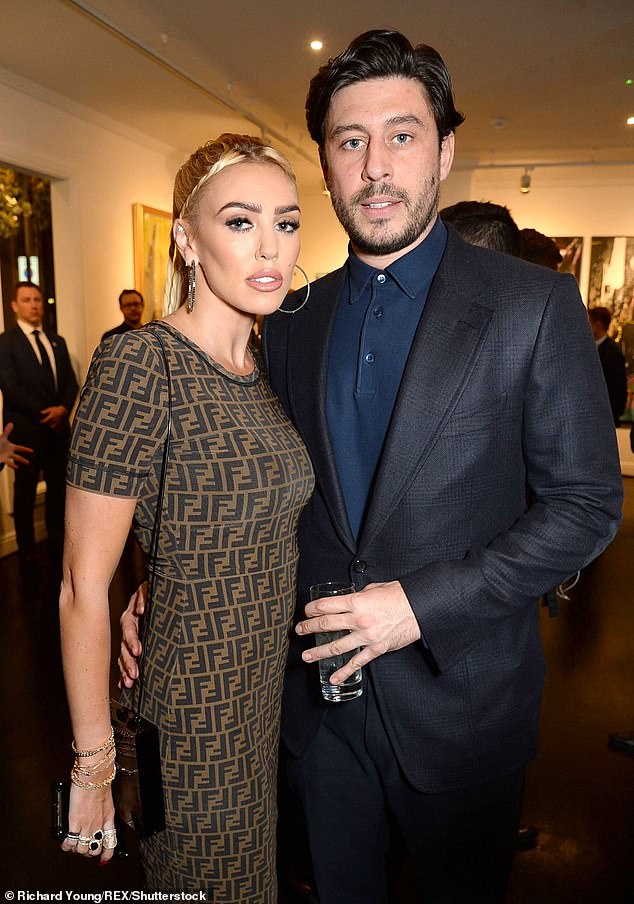 Formula 1 heiress Petra Ecclestone’s fiance, Sam Palmer, announced last year that they were home-schooling their children because the curriculum included too much ‘woke stupidity’, but now they’ve made a screeching U-turn

But that’s apparently proving problematic, with former vintage car salesman Palmer moaning that the ‘disgraceful’ school system in the U.S. city, where they live for most of the year, effectively runs on bribes.

‘To get into private school, it’s all about how big your ‘donation’ is,’ he wails.

‘If you turn down their ridiculous requests, it’s made clear you are not welcome at the school any more.

‘Schooling in the UK is much easier and more classy.’ Time to return home?

This is one snub that will really hurt Prince Andrew: I can disclose that his honorary membership of the Royal Dornoch Golf Club has been revoked after his humiliation.

The keen golfer was one of only four honorary members of the club in Sutherland. It declines to comment, but confirms in an update to its members that Andrew is ‘no longer’ an honorary member.

One tells me: ‘It is a welcome move given that certain standards of behaviour are expected of members.’ 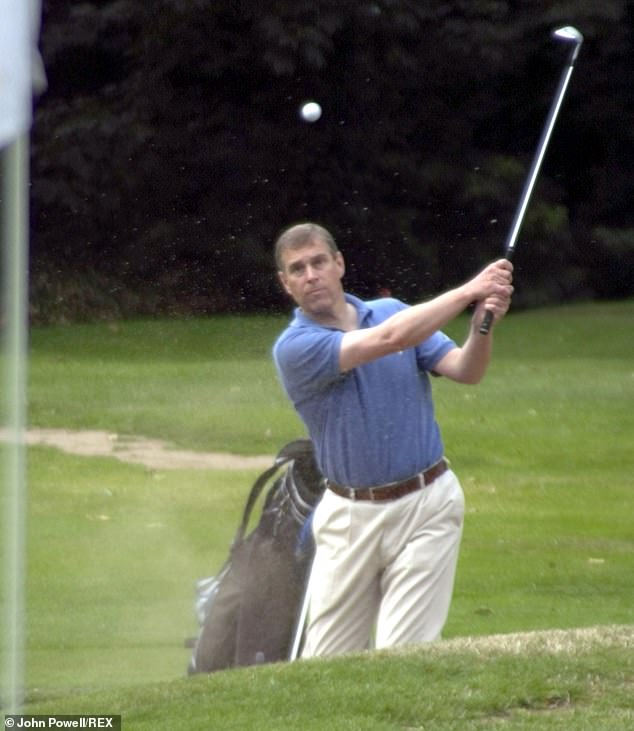 This is one snub that will really hurt Prince Andrew: I can disclose that his honorary membership of the Royal Dornoch Golf Club has been revoked after his humiliation

While Prince Harry and Meghan were grandstanding about Ukraine online, Prince William was meeting a man who might actually be able to do something about it.

I hear he held talks at Kensington Palace on Thursday with Defence Secretary Ben Wallace.

They’re certain to have discussed Russia’s invasion, though a source says the tete-a-tete was scheduled before the crisis unfolded.

If you see a familiar-looking lady in a Norfolk restaurant shovelling leftovers into her bag, that will be Delia Smith.

The chef, 80, says she doesn’t want to appear rude by failing to finish her meal.

‘If I can’t eat it, I will put it in a bag when nobody is looking and take it with me,’ says Delia, who has sold more than 21 million copies of her cookbooks.

‘I don’t want people to think, ‘Who does she think she is — someone special?’, when I’m not — I’m just an ordinary punter.’