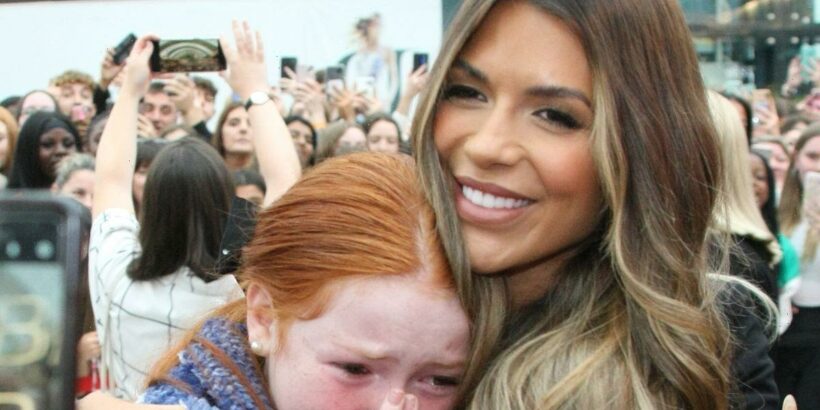 Ekin-Su fever has continued to spread in the weeks following the reality starlet’sLove islandvictory, with fans in Dublin being brought to tears upon meeting her.

And while the pair have recentlyfaced cheating rumours , the craze surrounding them only seems to have continued, with Ekin-Su being mobbed by fans upon arrival in Dublin, where she was opening a new BPerfect store.

The Turkish actress snapped some selfies with fans and could be seen hugging one fan who had been overcome with emotion and brought to tears.

“Ekin Su you will ALWAYS be a star,” wrote another.

Attending the store opening, Ekin-Su wore a stunning blue Oh Polly dress, a brand which she wore over 30 times in the Love Island villa.

Since leaving the villa it has been announced that the popular reality star has signed a £1million deal to become the face of the brand, meaning she became one of the highest paid ex-Islanders just weeks after the show finished.

It has been reported that Davide is also set to sign a six figure deal with global online fashion retailer boohooMAN.

After leaving the Love Island villa the pair seemed as if they were going from strength to strength, however in recent weeks they’ve begun to face cheating rumours.

This began when Davide was spotted getting into a taxi with two Icelandic women, while Ekin-Su was away in LA filming a top-secret project.

The “Italian Stallion”, as he’s been dubbed by fans, was then seen partying alongside his ex-girlfriend Margarita Filipp in Manchester’s Club Liv.

However, many fans have argued that it’s likely a coincidence that the pair were in the same club, and that neither can control who else is in the same public space as them.

Speaking to goss.ie, Ekin-Su opened up about these accusations, insisting that no cheating has occurred, on either part.

She said: “I mean those videos, we know it’s not true because I was talking to him the whole night, you know the relationship is between me and him and people like to talk.

“The truth behind that is it wasn’t just him, it was a big group, and it just happened to be two girls in a taxi with him and his friend and it just looked wrong, that’s all it was.