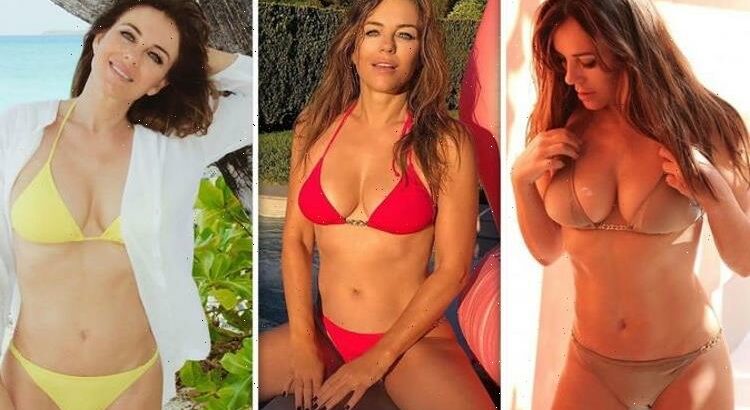 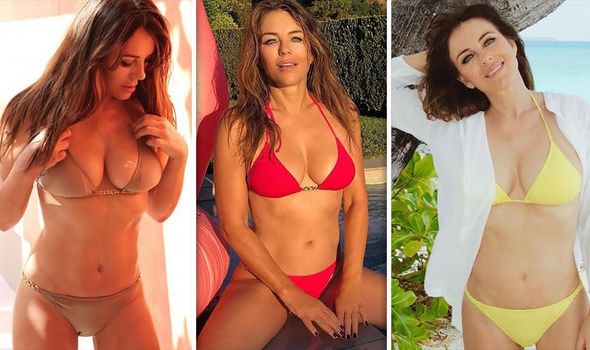 Elizabeth Hurley, 56, stuns in a yellow bikini during her ‘pretend vacation’ in Maldives

Austin Powers actress Elizabeth Hurley posted a sizzling snap of herself in a bikini yesterday in view of her 2.2. Million Instagram followers. The 56-year-old star then went on to admit that the ocean view behind her was actually a little misleading.

Elizabeth told her followers that, while she seemed to be soaking up the sun in the throwback photo, she was actually at home wearing “10 layers of fleece” in reality.

The actress flaunted her enviable curves in a skimpy yellow bikini from her own fashion line as she leaned against a palm tree on her “pretend” Maldives vacation.

She opted to wear a white shirt over the top of the outfit and posed with one hand behind her head.

In the caption she wrote: “I’m wearing a Sunshine Bikini and a white, cheesecloth Beach Shirt today, on my pretend vacation in the Maldives – both available on Elizabethhurley.com.

“@elizabethhurleybeach (I’m wearing ten layers of fleece in my real life, in Herefordshire).”

Elizabeth’s fans flooded the comments section with compliments for the glamorous star.

“Your beauty is timeless!” Jim Schwartz wrote with a red love heart.

“My goodness, you’re still the most beautiful woman ever,” added Brian Carpenter.

“If there is a god, her name is Elizabeth Hurley,” commented John Morgan with more love hearts for the actress.

While Simon Green wrote: “Totally scrumptious! Keep it up with the pretend vacation photos!

“And we’ll just pretend we’re there with you!”

Elizabeth, 56, admitted that she is not really currently vacationing in the Maldives.

Elizabeth, 56, has shown off her range of swimwear before

Elizabeth, 56, looked sensational in another poolside snap, showing off her red bikini.

Elizabeth, 56, is a style icon

Elizabeth, 56, has been high-profile actress and model for many years with a fabulous sense of style.

Elizabeth, 56, has dated some high-profile stars

Elizabeth, 56, previously dated Hugh Grant for 13 years, accompanying him to the premiere of Four Weddings and a Funeral in 1994.

Elizabeth, 56, is a movie star