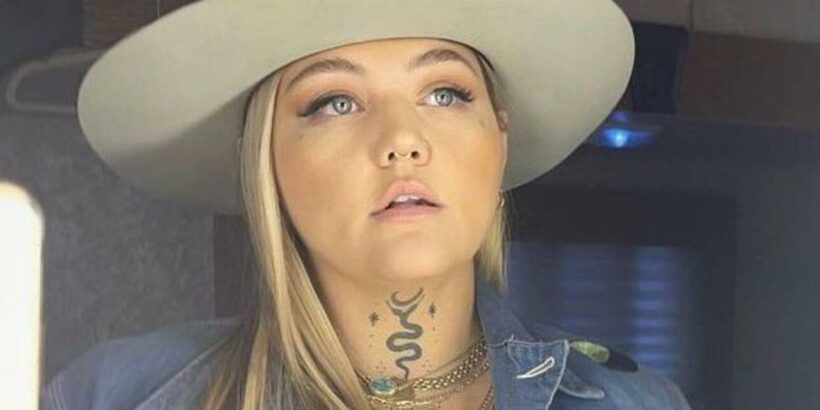 The ‘Ex’s and Oh’s’ singer reveals the impacts of her scary fall last month, claiming she suffered some memory loss and post-concussion syndrome following the accident.

AceShowbiz –Elle King experienced amnesia after falling down the stairs. The “Ex’s and Oh’s” hitmaker decided to cancel three shows last month after she knocked herself out when she got up in the night to make a bottle for her 14-month-old son Lucky – who she has with fiance Dan Tooker – and she’s now revealed she suffered some memory loss as well as concussion.

“I was walking down our steps in the middle of the night, to make a bottle, and I slipped and knocked myself unconscious. I can laugh now, because I’m doing a lot better, but it was a very intense thing. They said I got amnesia and got post-concussion syndrome,” she said.

The 33-year-old singer said the scariest part of her accident was she was home alone with her son at the time, but she’s thankful she lives in such a supportive community.

She added to Entertainment Tonight, “But the baby is totally fine, and I’m doing a lot better. What I love about Nashville is the community that I haven’t really had in any of the last multiple cities that I’ve lived in, even if I’ve had a bunch of friends.”

“There’s something beautiful about this city and my friends and my music family, they all totally gathered around me and were all so supportive and showed up for me and helped me with the baby.”

Elle’s recovery is ongoing but she admitted some elements are alien to her. She said, “[There’s] a lot of PT…a lot of stretches, and a lot of, like, quiet, downtime which has never been my strong suit.”

Despite her fall, the “Tulsa” singer was able to get back to work and co-host CBS’ “New Year’s Eve Live, Nashville’s Big Bash” special, on which she also performed, and she had a great time.

She said, “I was literally having the time of my life when we were doing the countdown. I don’t know if I’ve ever been so excited. I lost my voice – I couldn’t talk for, like, two days afterwards because I was screaming that countdown”

“Just looking around and seeing Jimmie [Allen] and Kelsea [Ballerini] and Zac Brown – just kind of realising this is my life, this is my home, it was such a crazy opportunity.”