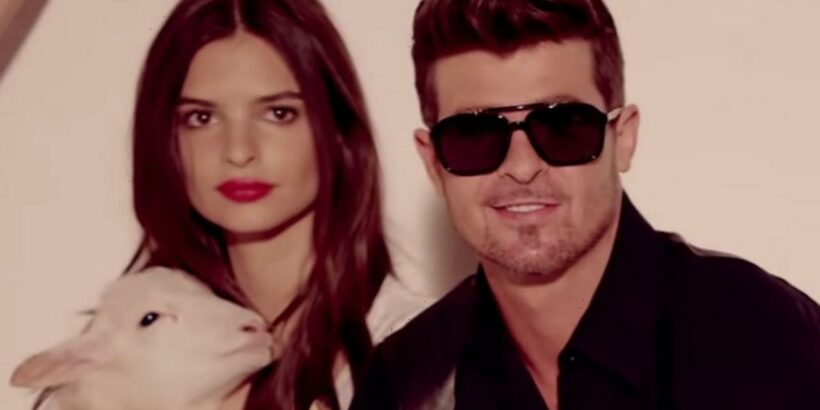 The ‘Gone Girl’ actress defends decision not to speak out sooner against the ‘Blurred Lines’ hitmaker as she says, ‘If I had spoken out or complained, I would not be where I am today.’

The model has accused the singer of groping her on the set of his “Blurred Lines” music video and, speaking to People, she admitted she was afraid to address the incident over the possible repercussions.

Emily – who has made the allegation in her upcoming book “My Body” – insisted her perspective has changed as she’s grown as a person over the years.

“I wrote a book about the evolution of my politics and that includes a lot of different experiences from my career and my life and the way that I felt and thought about those experiences have evolved,” she added.

“I hope people are able to read the essay and understand the nuance behind these kinds of situations.”

Emily was made famous by the 2013 video, in which she appears topless alongside Pharrell Williams and Robin, who were fully clothed.

In an excerpt from her book, the model and actress alleged Robin was drunk when he supposedly grabbed her boobs on set.

She wrote, “Suddenly, out of nowhere, I felt the coolness and foreignness of a stranger’s hands cupping my bare breasts from behind. I instinctively moved away, looking back at Robin Thicke.”

“He smiled a goofy grin and stumbled backward, his eyes concealed behind his sunglasses. My head turned to the darkness beyond the set. (The director, Diane Martel’s) voice cracked as she yelled out to me, ‘Are you okay?’ “

Emily continued,”I pushed my chin forward and shrugged, avoiding eye contact, feeling the heat of humiliation pump through my body. I didn’t react – not really, not like I should have.”

Director Diane confirmed she witnessed the alleged incident and immediately wrapped the shoot.

She said in an interview, “I remember the moment that he grabbed her breasts. One in each hand. He was standing behind her as they were both in profile. I screamed in my very aggressive Brooklyn voice, ‘What the f**k are you doing, that’s it!! The shoot is over!!’ “

Diane claimed Robin apologised and she insisted, “I don’t think he would have done this had he been sober.”