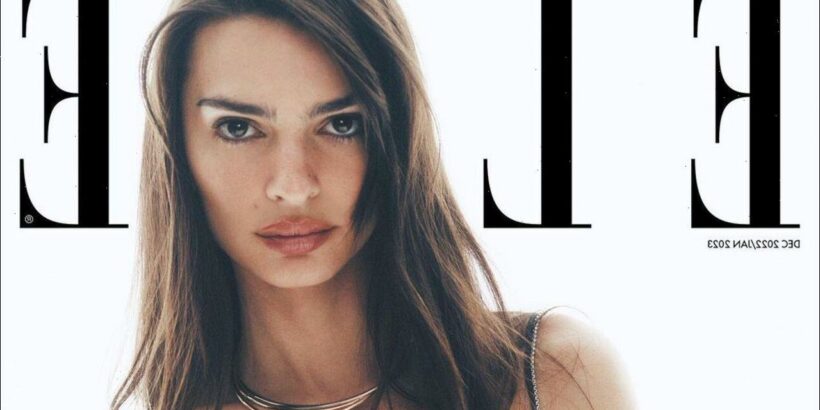 In a new magazine interview, the ‘Gone Girl’ actress talks about motherhood and how she gave up ‘so much’ of her identity when giving birth to her first child.

AceShowbiz –Emily Ratajkowski sacrificed “so much” of her identity when her son was born. “Enjoying the world more” now she has 20-month-old Sylvester, whom she had with estranged husband Sebastian Bear-McClard, the 31-year-old model and actress says one of her priorities as the tot grows older is for him to see her happy.

“You sacrifice so much of your identity when you become a mother. And I feel like my life is just beginning. My twenties felt like how people describe their teenage years, where you’re like, ‘God, that was awkward and painful,’ ” she told the December/January issue of ELLE UK magazine.

“And as much as I did things that I love, I’m also just like, ‘Goodbye!’ Now, for the first time, I am enjoying the world more. And yet now I have this incredible responsibility of raising a child. But one thing I have decided is how I want Sly to think about women. I want him to have an example of a mom who is happy.”

The “Gone Girl” actress added she no longer cares how people judge her according to her appearance and will do what she wants so long as she feels “good.” She said, “For most of my life, much of my job was presenting myself as beautiful and that’s how I made money.”

“And then, as I wanted to be taken seriously as a writer, it was kind of the opposite. I would cover myself up or not put on make-up, because I’d want writers to think of me as somebody who didn’t care about those things.”

“Right now, I’m in a place where I do not care! I will wear whatever the hell I want, as much make-up as I want, and make myself feel good, which sometimes means being sexy and sometimes doesn’t. I made a TikTok where I was like, ‘I’m in my b**** era,’ and I really mean it. We should all be in our b**** era. I’m so tired of adjusting. Maybe this is coming out of Covid, being 31, or being recently single… we’ll see. Maybe I will regret it.”

The December/January issue of ELLE UK is on sale from November 10 and the full interview with Emily is available at www.elle.com.