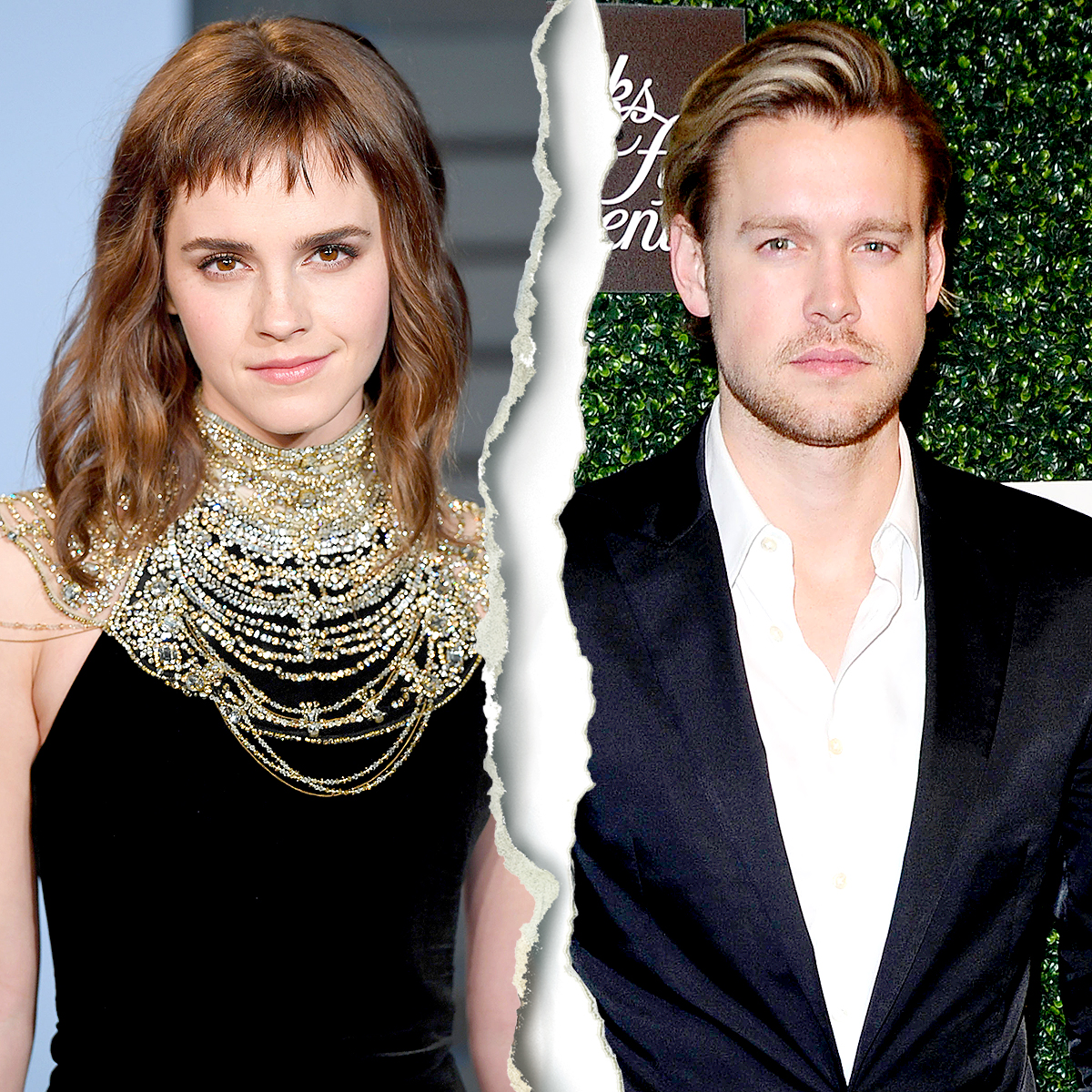 It was sweet while it lasted. Emma Watson and Chord Overstreet have called it quits on their four-month relationship, a source confirms to Us Weekly.

The 28-year-old Beauty and the Beast actress and the 29-year-old Glee alum “are done,” the source says, noting that “it was never that serious.”

Their split comes just one month after an insider opened up to Us about the relationship between Watson and Overstreet.

“Chord is intrigued by Emma,” the insider told Us in April. “Chord historically hasn’t dated someone like Emma. This is a huge and positive change for him.”

Us Weekly broke the news in March that the two were officially dating. “They’ve been dating for longer than people think – about two months,” a source told Us at the time. “All of Chord’s friends have known, but he doesn’t talk openly about her.”

The famous pair were first spotted together earlier that same month leaving the Vanity Fair Oscars afterparty. They were then photographed days later looking smitten while holding hands in Los Angeles. The month before news of their relationship broke, the two attended a Nathaniel Rateliff & The Night Sweats concert in L.A.

Prior to their short-lived romance, Overstreet was linked to Rumer Willis, Emma Roberts, Lily Collins, Ashley Benson and Brooke Butler.

Us Weekly exclusively reported the news that Watson split from her ex-boyfriend William “Mack” Knight in November 2017 after two years of dating.

The Harry Potter alum has been vocal about keeping her love life private. Watson revealed the reason why in a February 2017 interview with Vanity Fair. “I want to be consistent: I can’t talk about my boyfriend in an interview and then expect people not to take paparazzi pictures of me walking around outside my home. You can’t have it both ways,” she told the outlet.

She continued: “I’ve noticed, in Hollywood, who you’re dating gets tied up into your film production and becomes part of the performance and the circus. I would hate anyone that I were with to feel like they were in any way part of a show or an act.”