If you’ve ever wondered why the Western world put the United States in charge of popular music some time in the second half of the 20th century, have a look at the Eurovision Song Contest. 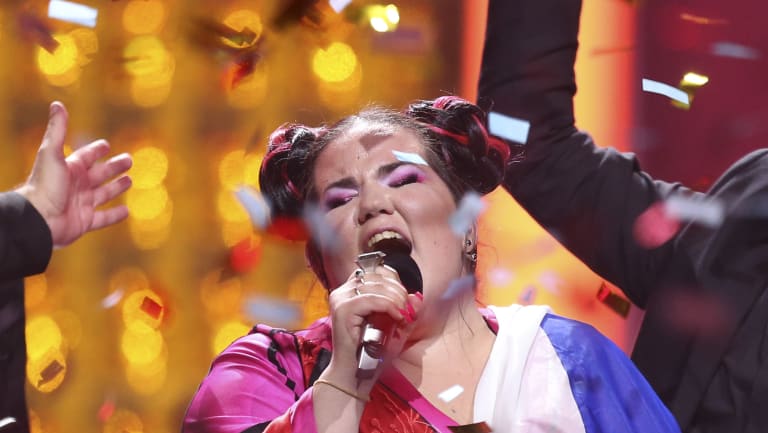 And the fashion stylings: all the leather and studs and eyeliner and gel, all the black lipstick like a gothy high-school fancy dress, all the cocktail wear for a provincial cousin’s wedding.

As for Jessica Mauboy getting panned by a British Eurovision historian and various other commentators, I don’t really know what Australia is doing getting involved in this music trashfest either.

In truth I can only bear to watch it with the sound turned down. But it looks bloody terrible.

I know. Abba. The greatest pop band of the 20th century etc, etc. But only in postmodern hindsight, with Meryl Streep and Pierce Brosnan singing it.

And I know. Eurovision has a huge audience, even in this country, and it’s not all yayas and nonnas. But casting an ironic gaze over it from Northcote, Marrickville or Fortitude Valley doesn’t make the music sound any better.

The only exception to the general terribleness of European pop music is the UK, and they aren’t part of Europe now anyway.

And why is that? Because British pop music has been under the sway of American R’n’B since World War II and Caribbean ska and reggae since the 1960s.

The common denominator is the presence of black people making the music: the descendants of African slaves who were shipped to the western hemisphere in Europe’s colonising enterprises.

At the risk of launching an angry hashtag, I’d say that Europe’s contribution to 20th-century popular music was to deport and enslave the ancestors of the people who went on to invent it.

Do I write off an entire continent? No. There are many great things about Europe – great cinema; great literature; great art music; great food; some of the world’s best ancient ruins.

But her pop music? Pass the remote, please.

Matt Holden is an Age columnist.