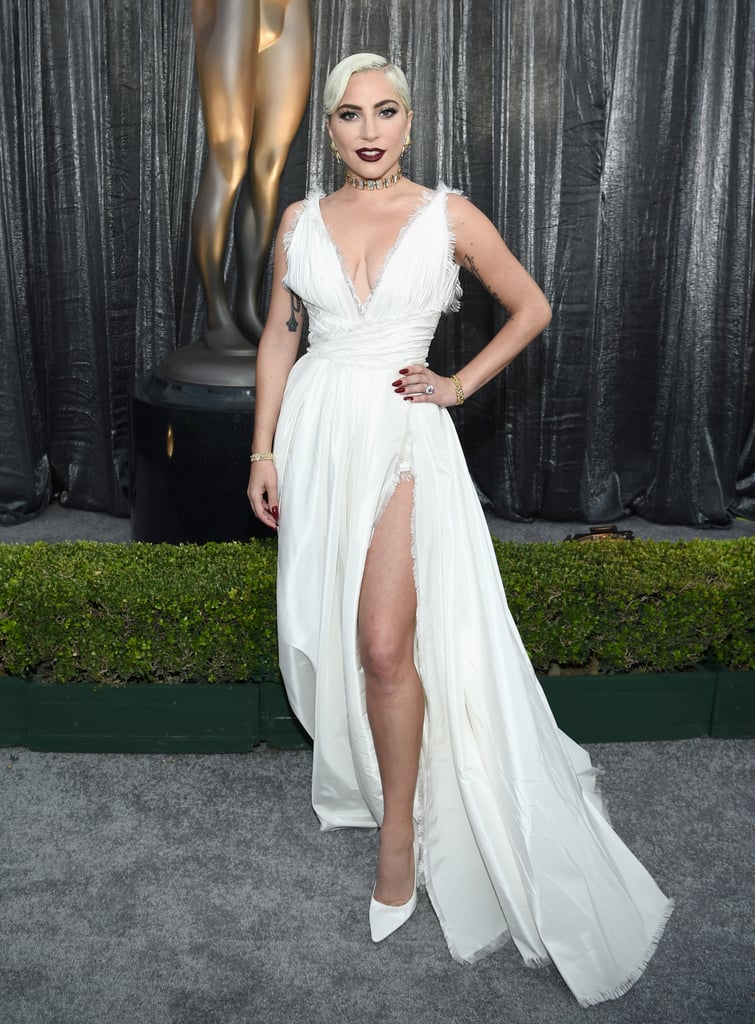 The woman of the night has arrived! On Sunday, Lady Gaga made a blindingly gorgeous appearance at the SAG Awards in LA. Clad in a sexy Dior gown, the 32-year-old A Star Is Born actress was an absolute vision in white as she graced the red carpet and let us all have another look at her. It’s a big night for Gaga: not only are she and Bradley Cooper leading the film nominations with a whopping four nods, but the singer is also up for best actress. Gaga previously tied with Glenn Close for best actress at this year’s Critics’ Choice Awards, and if she wins tonight, this will be her first SAG award.