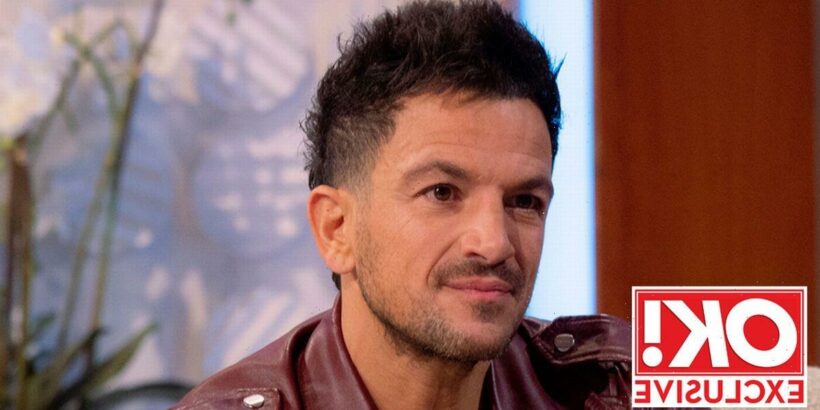 Singer Peter Andre has admitted he won't be forcing any relgious views on his four children.

Writing in his weekly column, the 49 year old says that while he was brought up by Jehovah's Witness parents, he wants his kids to make their own decisions when it comes to religion. Here, Pete also discusses Christmas and who is the stricter parent out of him and wife Emily. Sign up – for free! – to see what he has to say.

Are you an OK! VIP? If not, why not? It’s free and gives you backstage access to stories like this, exclusive home tours, special discounts and so much more! All you need to do is pop your email address below! P.s. if you’re already seeing this article in full, congrats – you’re already on our guest list!

The 2021 Census revealed that for the first time Christianity is a minority religion in England and Wales.

I’m not surprised by this news. I grew up in a very religious household and my parents were strict Jehovah’s Witnesses.

When Junior and Princess were younger I taught them about my knowledge of God and creation, but as time went on I decided I didn’t want to put them in a situation where they were being forced into going to a church and I didn’t want to force my view on them.

I wanted them to decide for themselves, and I think this has probably been the case with a lot of the younger generation.

Although I don’t practise being a Witness now but that doesn’t mean that I don’t respect the religion and appreciate everything I was taught.

I was so happy that Jill Scott won I’m A Celebrity. She deserved it.

You may have seen that I recorded a message for Jill that her fiancé Shelly Unitt showed to her once she left the jungle on The Coming Out Show.

I mentioned that after her performance of Mysterious Girl On the show, she’s now set herself up so when I’m doing a gig near where she is she has to come on stage with me and do Bubbler Ranx’s bit of the song. Let's do it!

Elf on the Shelf is back

The kids are so excited that Elf on the Shelf has started. We have two elves and one got left behind last year by accident and Theo found him.

We didn’t want to take it away from him so we just said that the elves didn’t want to leave him so they sent one of their cousins to keep him company.

I kid you not when I say he's been sleeping with the elf every night since last Christmas and he thinks the elf has been waiting for his cousins to come back. It’s the cutest thing ever.

Although our plans for Australia still aren’t concrete we are still planning to go. My parents haven’t seen Millie or Theo for three years, so it really will be incredible to see them reunited.

At the weekend we had a lovely time celebrating Christmas early with some of Emily’s family in Somerset.

As we don’t know where we’re going to be, we wanted to make sure we had Christmas with them, too.

Letting go of the reins

Junior got a part in another film so he’s been away working on that, so I will tell you more when the time is right.

Now he’s passed his driving test he can go off and do these things by himself.

In a few months he’ll be 18 and I’m holding the reins for as long as I can, but I’m going to have to let go at some point, and nce he’s 18 it’s going to be difficult to tell him what to do.

But we do have set rules, including him having to tell me what time he is going to be home etc.

Millie and Theo have this practical joke fake poo that they keep putting everywhere. It’s been in the bathroom and in my bed.

I don’t know where they got it from but they think it’s so funny! I love that we’re in 2022 and the kids still love good old-fashioned fun.

People complain about technology but I still think kids would always pick the more traditional things over it if we give them the chance.

We’re also very strict with Millie and Theo when it comes to their iPads.

They’re only allowed to go on them on a weekend morning and some car journeys, and we never let them have them in the week on school days.

Emily is a lot stricter with Millie and Theo than I am, whereas I was stricter with Princess and Junior. I think as I’ve got older I’ve changed my ways and views.