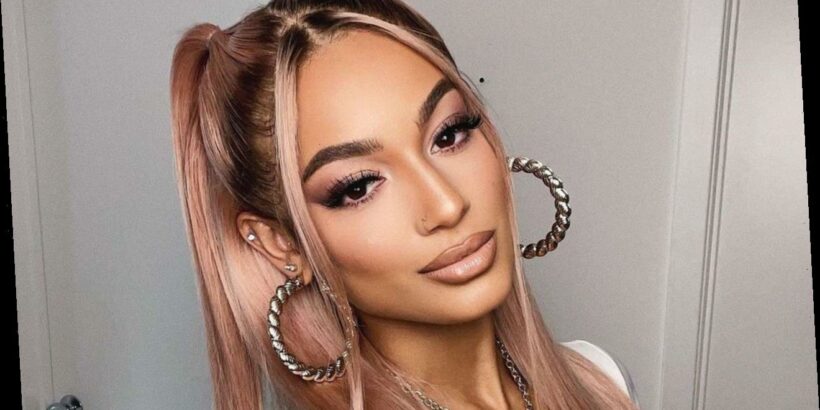 In a new QnA session on her Instagram Story, the 26-year-old ‘Yellow Bone’ singer explains to a fan who asks her the reason behind her absence on social media.

AceShowbiz –DaniLeigh is taking some time off social media. In a new Q&A session on her Instagram Story, the “Yellow Bone” singer explained to a fan who asked her the reason behind her absence on social media.

“Social media became hella negative,” she answered in the post on Sunday, April 4. “I used to be the happy curly haired girl that was always dancing and smiling .. and when u grow, u grow haters .. I ain’t really used to that and can sometimes be a softy .. so time away to gain me inner peace and self love is needed [praying hands emoji].”

Despite that, Dani promised that her hiatus wouldn’t last long and that she would be back sometime soon. “I’ll be back with dope content and music when I feel is the right time,” so she concluded.

While she doesn’t mention anything about expecting a baby, some fans believed that she wasn’t on social media as much as she used to be because she’s hiding her baby bump. “She’s just pregnant. That’s all,” a convinced fan wrote in an Instagram comment. Someone echoed the sentiment, writing, “No she hiding that baby bump.”

In remains to be seen why people think that the musician is eating for two.

Prior to this, Dani sparked concern with her messages on Instagram. In a now-deleted post in March, the singer confessed, “I feel l cry every other day.. I jus want my life to change already… [broken red heart emojis] I don’t wanna be here no more.. I got no real love around me.” In separate posts, Dani said, “I look like an idiot.”

Fans quickly sent support for Dani as she appeared to be suicidal. “I hope @DaniLeigh aight man. Hate hearing s**t like that,” one Twitter user wrote at the time. One person, meanwhile, wrote a lengthy uplifting message to the star, “Although things might seem rough and you’ve experience some nasty comments don’t let that eat U up on the inside. People are gonna talk regardless but you can’t let words get the best of you. The moment people see they have a hold over you they’re just gonna go harder.”

Dani has been criticized after releasing her controversial song “Yellow Bone” in which she bragged about being a light-skinned woman. She then apologized, saying, “It wasn’t something that I looked at deeply…. I’m sorry that I wasn’t sensitive to the topic…. I definitely feel misunderstood,” insisting that she’s not racist.