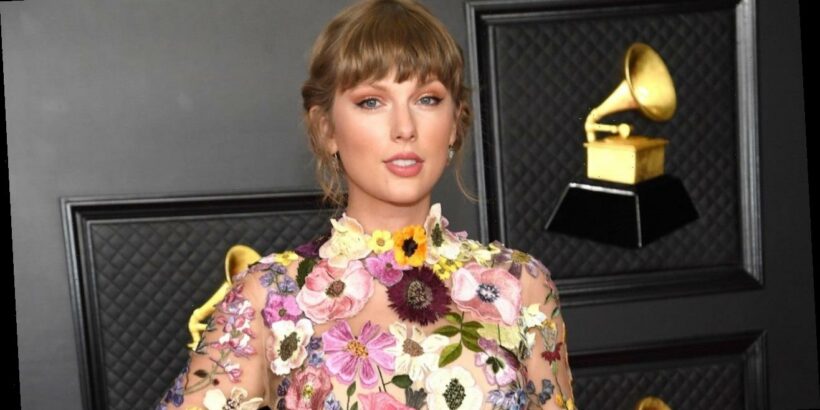 There’s clearly no bad blood between exes Taylor Swift and Harry Styles. Styles took home the GRAMMY for Best Solo Pop Performance on Sunday for “Watermelon Sugar” — beating out among others, Swift, who was nominated for “Cardigan” — and her reaction was captured on camera.

Swift, who wore a floral face mask to match her stunning floral dress, was shown happily standing up and clapping for Styles. The former One Direction member also beat out Justin Bieber, Doja Cat and Billie Eilish. Lipa, Doja and Eilish were also seen standing up for Styles as he accepted his award.

Fans on social media could not get enough of Swift’s classy reaction to losing the GRAMMY to her ex.

“We just witnessed taylor swift clap for harry styles for winning his first grammy….what is life?” one user wrote.

“TAYLOR SWIFT CLAPPING FOR HARRY STYLES AFTER HE WON HIS FIRST EVER #GRAMMYs AWARD !!! MY HAYLOR HEART JUST SHATTERED,” another user excitedly wrote.

One fan joked, “The cut from Harry Styles to Taylor Swift just added years to my life #GRAMMYs.”

Yet another user wrote, “Taylor swift is so happy for harry styles. i love it  #GRAMMYs.”

taylor swift is so happy for harry styles. i love it #GRAMMYspic.twitter.com/lk17NTphsU

The cut from Harry Styles to Taylor Swift just added years to my life #GRAMMYspic.twitter.com/PTw7SOZwuV

Taylor Swift clapping at Harry Styles after he won his first Grammy!

You can see her smile even behind the mask 🥰 #GRAMMYspic.twitter.com/mAQiJe1XFt

NO THOUGHTS JUST TAYLOR SWIFT AND HARRY STYLES AT THE GRAMMYS #GRAMMYspic.twitter.com/DXY7GWo7eH

Swift and Styles dated in 2012 and their relationship lasted a few months. The two have since moved on. Swift is dating actor Joe Alwyn, while Styles is dating director and actress Olivia Wilde.

In November 2014, Styles said he felt honored that Swift wrote songs about him for her critically acclaimed 1989 album.

“We write from personal experience, and I think everyone does, so it would be hypocritical of us to be like, ‘Oh you can’t write about us,'” he said in an interview with Ben Winston for Google. “And she’s really good, so they’re good songs. I’m really lucky in that sense.”

Get the complete GRAMMYs winners list, plus GRAMMY Awards live updates at ETonline.com.