If you’re a giant in the entertainment industry, it’s pretty much expected that you’ll be at the annual Met Gala. As the world watches the red carpet arrivals tonight, there are a couple of specific names that everyone will keep their eyes peeled for. One of those names that always gives the world major fashion moments is Nicki Minaj, and these tweets about Nicki Minaj’s 2018 Met Gala look are loving the dark twist that she took on the night’s religious theme.

Minaj did make an appearance at the Met Gala red carpet on May 7, and the rapper did not disappoint with her look. The designated theme for the night was titled “Heavenly Bodies: Fashion and the Catholic Imagination,” so interesting ensembles were expected.

And one of the more interesting looks came from Minaj, who dazzled the paparazzi as she ascended up the iconic Metropolitan Museum of Art steps on New York City’s Upper East Side. She arrived on the gala’s red carpet wearing an ombré Oscar de la Renta gown, which featured a long cape and train as well as a intricate black-and-red-jeweled headpiece. 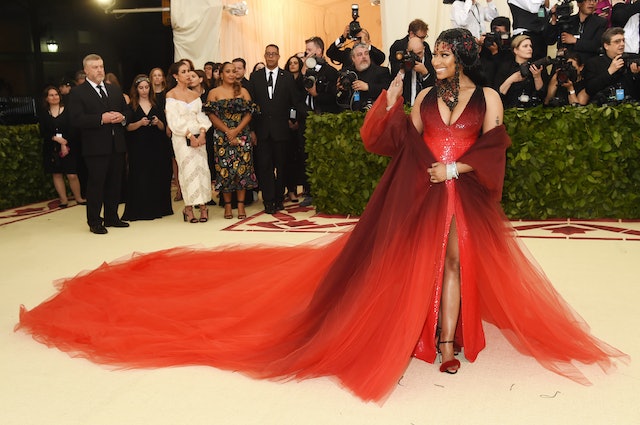 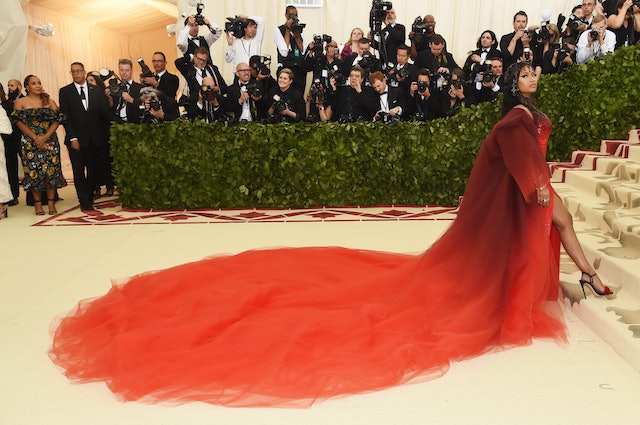 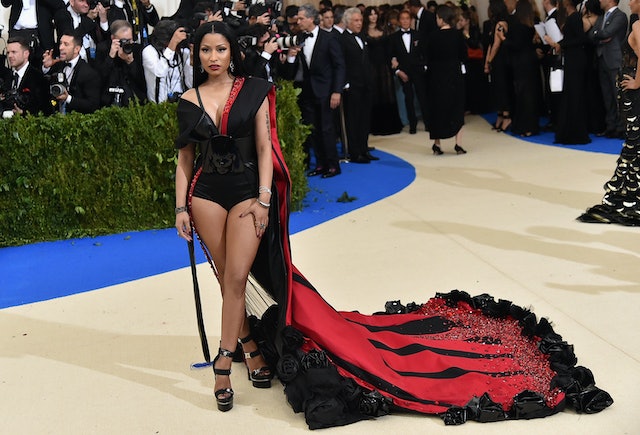 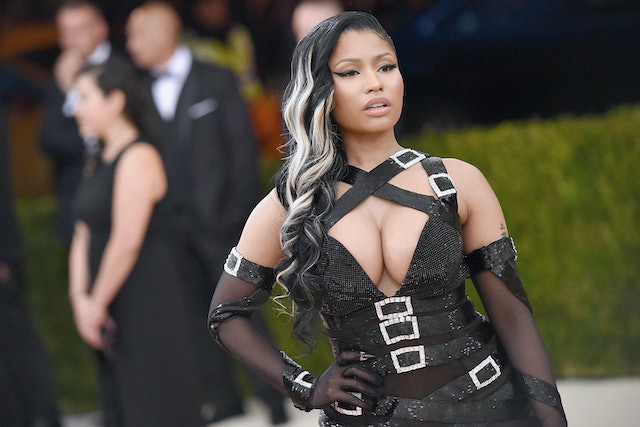 Lovato told Billboard in an interview on March 8 that the reason she was so uncomfortable at the Met Gala came down to the way one celebrity behaved — and that the night stressed her out to the point where she felt like she needed to drink. Keep in mind, Lovato has been sober for six years now, which is no easy feat. “This one celebrity was a complete b*tch and was miserable to be around. It was very cliquey,” Lovato said in the interview, “I remember being so uncomfortable that I wanted to drink.” And considering the awkward photos that Lovato later shared from that night, well, it seems pretty clear who the culprit is.

Minaj may have addressed the beef in her interview on the red carpet with E! News. When describing her look, Minaj said, "I’m the bad guy and I wanted to make sure [everyone knew] that the bad guy was here." Hmmmm. Well that’s certainly interesting.

Minaj hasn’t explicitly spoken about this drama from the 2016 gala, and clearly Lovato hasn’t deterred her from showing up on fashion’s biggest night of the year. Minaj will forever be a staple at the event, be there drama surrounding her or not. And tonight solidified Minaj’s place in the Met Gala all-star hall of fame.