The aftermath of Operation Variety Blues is far from over.

Actresses Felicity Huffman and Lori Loughlin were among dozens of people named and charged in a college admissions scam on Tuesday, March 12. The American Crime star was accused of paying $15,000 to William Rick Singer’s fake charity to help her eldest daughter, Sofia, cheat on the SATs. According to CNN Opens a New Window. , Singer traveled from Florida to West Hollywood to administer Sofia’s exam. She reportedly scored 400 points higher the second time.

Loughlin and her husband, Mossimo Giannulli, meanwhile, allegedly paid bribes to ensure their two daughters would be recruited as a part of the University of Southern California crew team, even though the girls do not participate in crew.

“I wanted to thank you again for your great work with [our daughter], she is very excited and both Lori and I are very appreciative of your efforts and end result!” Giannulli allegedly emailed Singer, per CNN.

As #CollegeCheatingScandal continues to trend, scroll through for everything we know about the scam — so far: 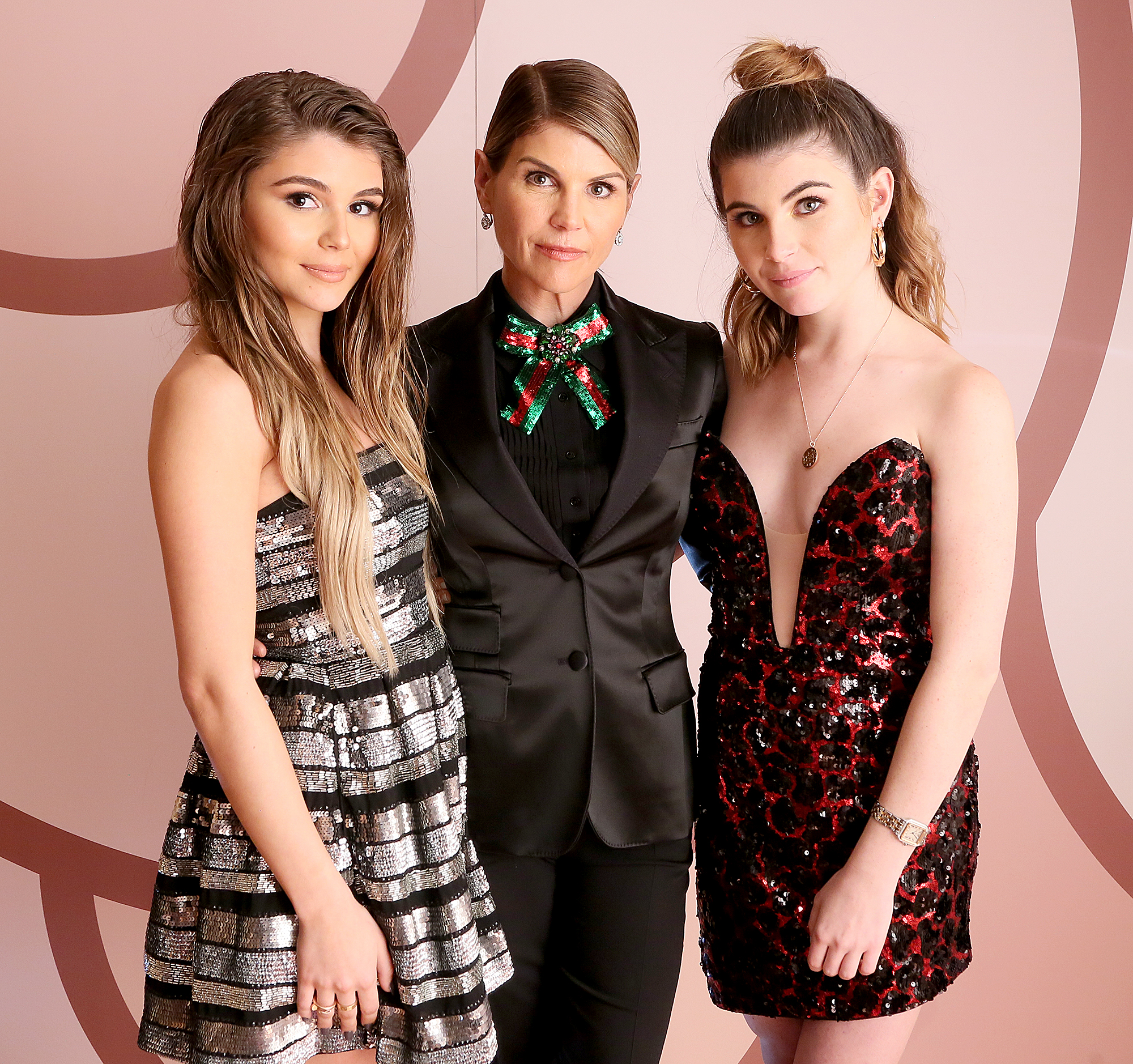 The Fuller House star and Giannulli are the parents of two daughters — Bella, 20, and Olivia, 19 — both of whom attend the University of Southern California. While her eldest child is an aspiring actress who has appeared in several of Loughlin’s Hallmark Christmas movies, Olivia has a large social media following and nearly two million subscribers on YouTube. The influencer, who has collaborated with brands including Sephora and Tresemmé, previously came under fire for saying she only went to college for “game days” and “partying.” She apologized in a second YouTube video in August 2018.

Loughlin once described her parenting style to Us Weekly, noting that she is “loving” but “firm” when it comes to raising her two daughters. “I am available, and they have access to me. I am involved, but I am not hovering,” she told Us in 2016. “I’m there to guide. I think I’m funny, but they don’t. But I still make that joke. They kind of roll their eyes at me, but I am funny. I’m funny! And they’re like, ‘No, you’re not.’ But anyways, we have fun. We have a good time together.” 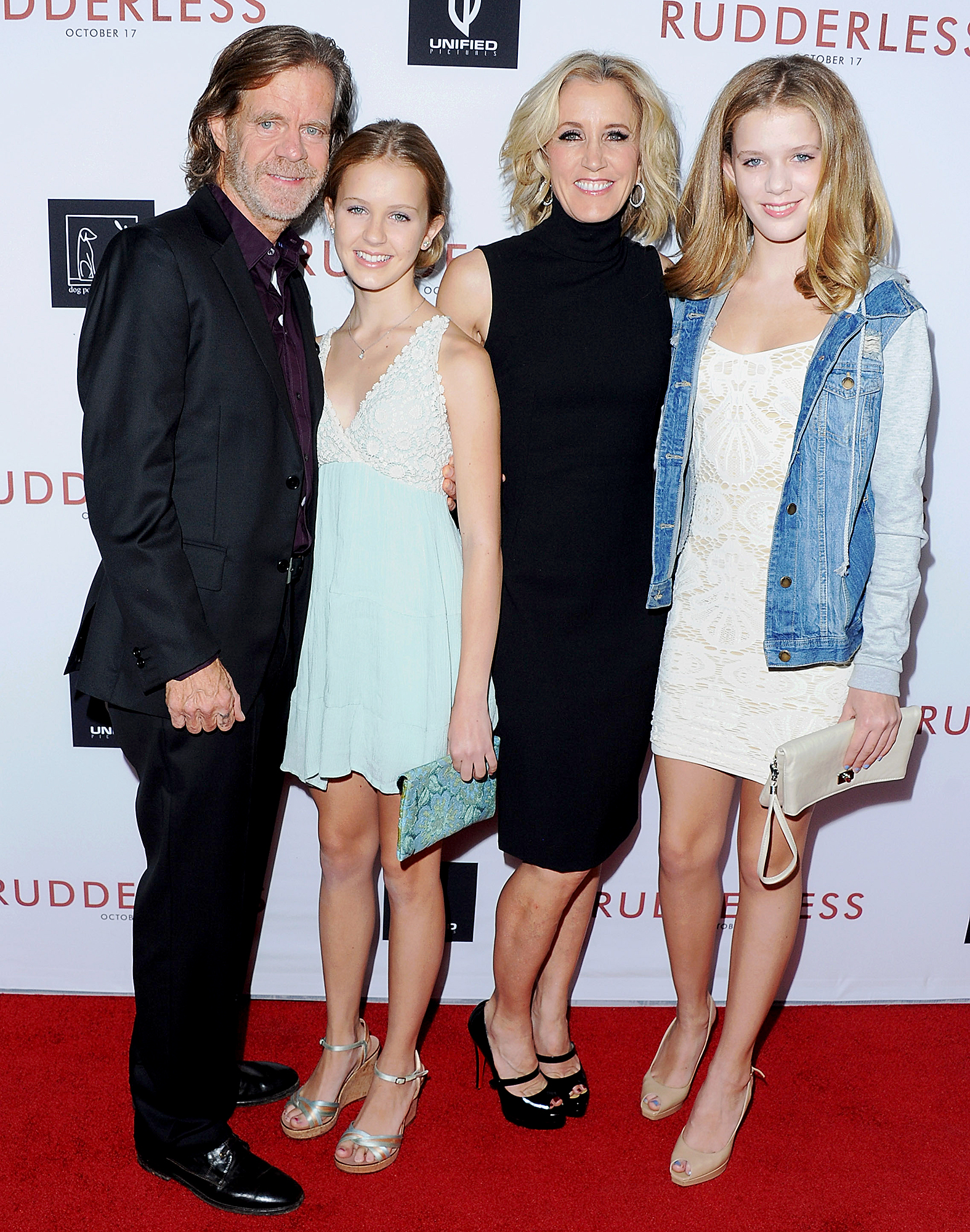 The Desperate Housewives alum shares daughters Sofia, 18, and Georgia, 16, with husband William H. Macy. A week before his wife’s arrest, the Shameless star discussed the college process during an interview with Us.

“My daughter, Sofia, the oldest, she’s in the tribe. She’s going to be an actor,” Macy told Us on March 6. “She goes to LACHSA, the arts high school here, and we’re doing the college tour, and she’s looking at theater schools. So yeah, we talk about it a lot.” 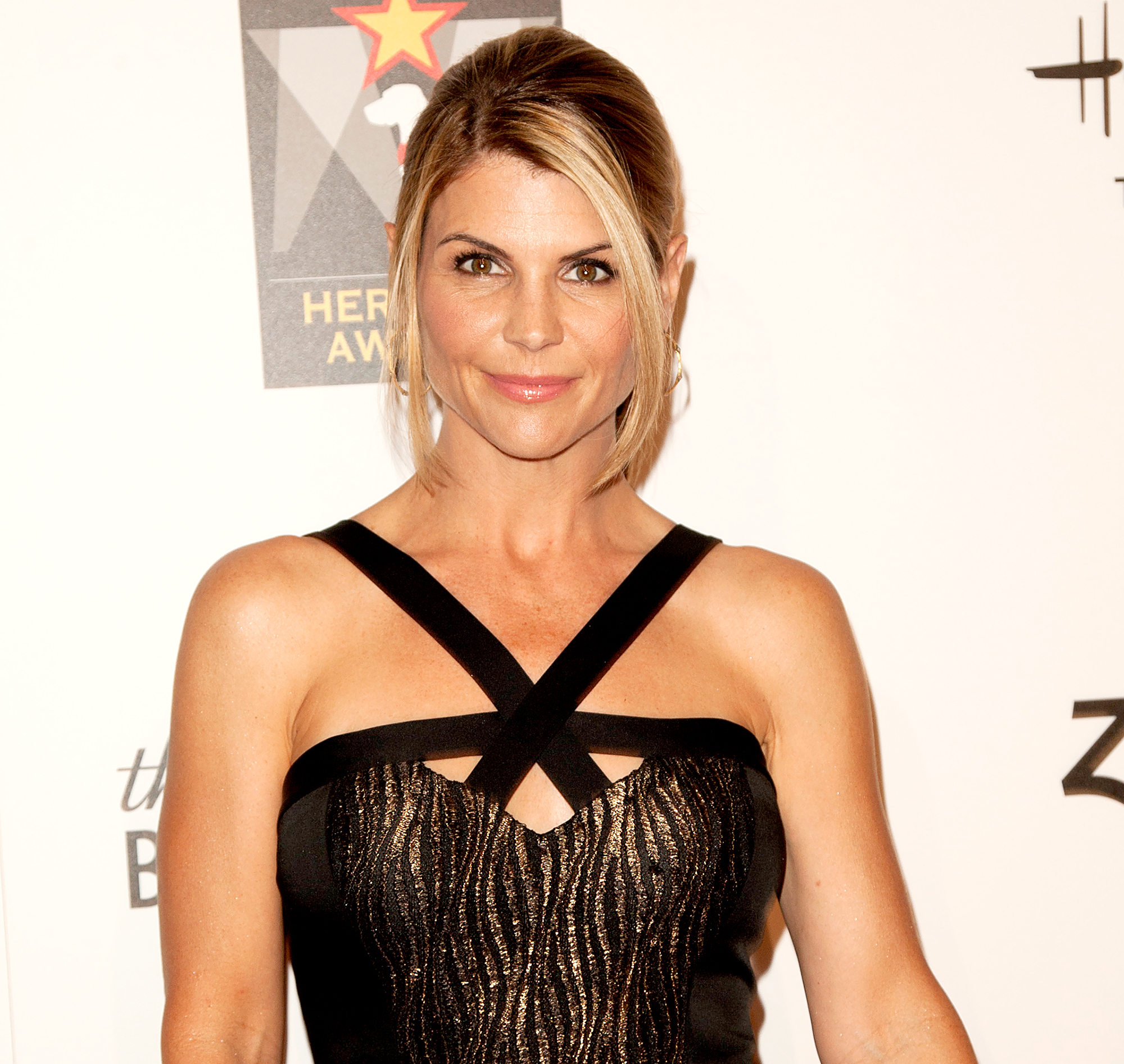 According to court documents obtained by ABC News, Loughlin and Giannulli allegedly “agreed to pay bribes totaling $500,000 in exchange for having their two daughters designated as recruits to the USC crew team — despite the fact that they did not participate in crew — thereby facilitating their admission to USC.” The couple also reportedly sent photos of their daughters on a rowing machine to Singer, who is at the center of the scandal. 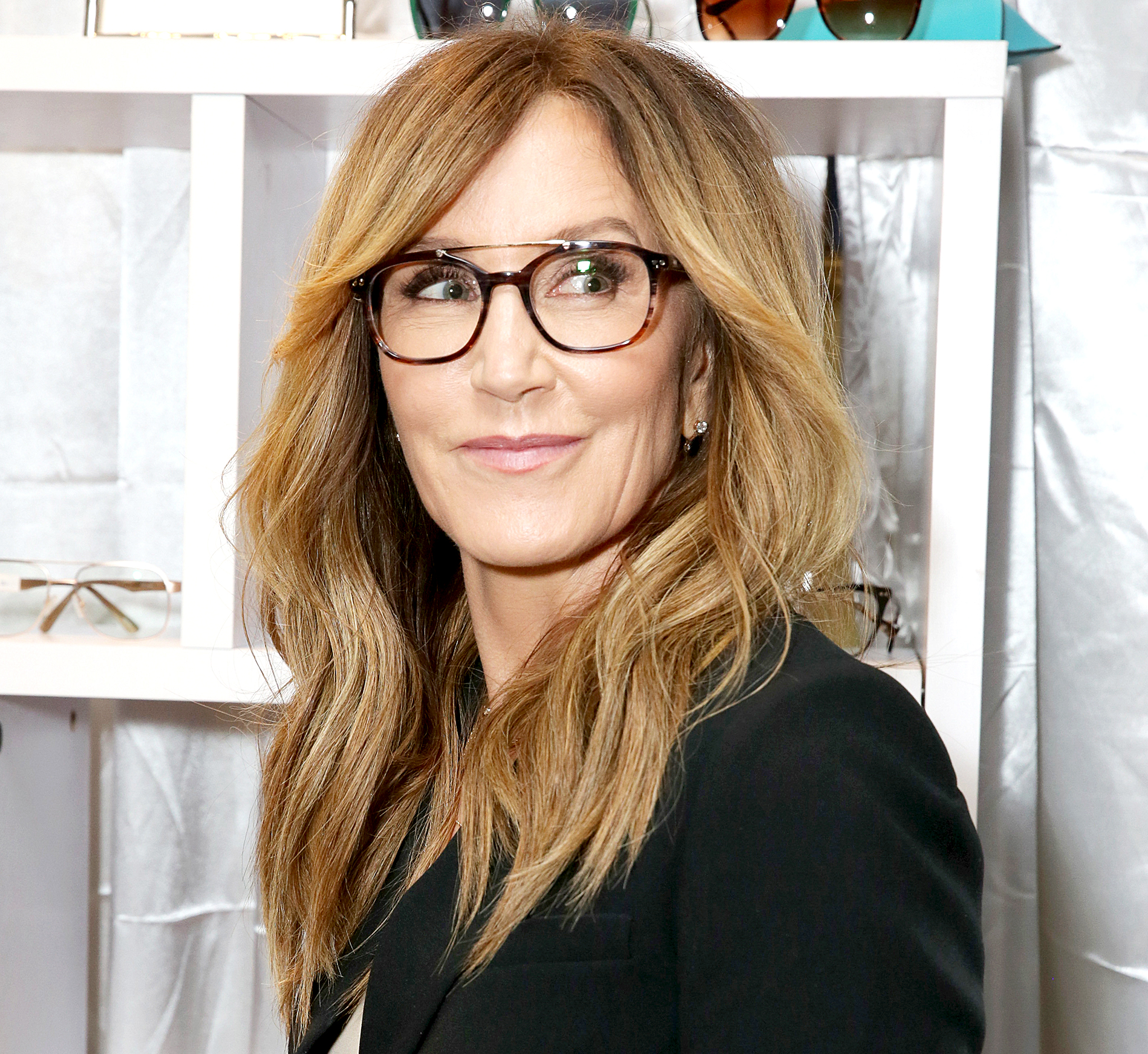 Huffman allegedly “made a purported charitable contribution of $15,000 … to participate in the college entrance exam cheating scheme on behalf of her eldest daughter,” per court documents. The paperwork also claimed that the actress “later made arrangements to pursue the scheme for a second time” for her younger daughter, Georgia, but opted “not to do so.” 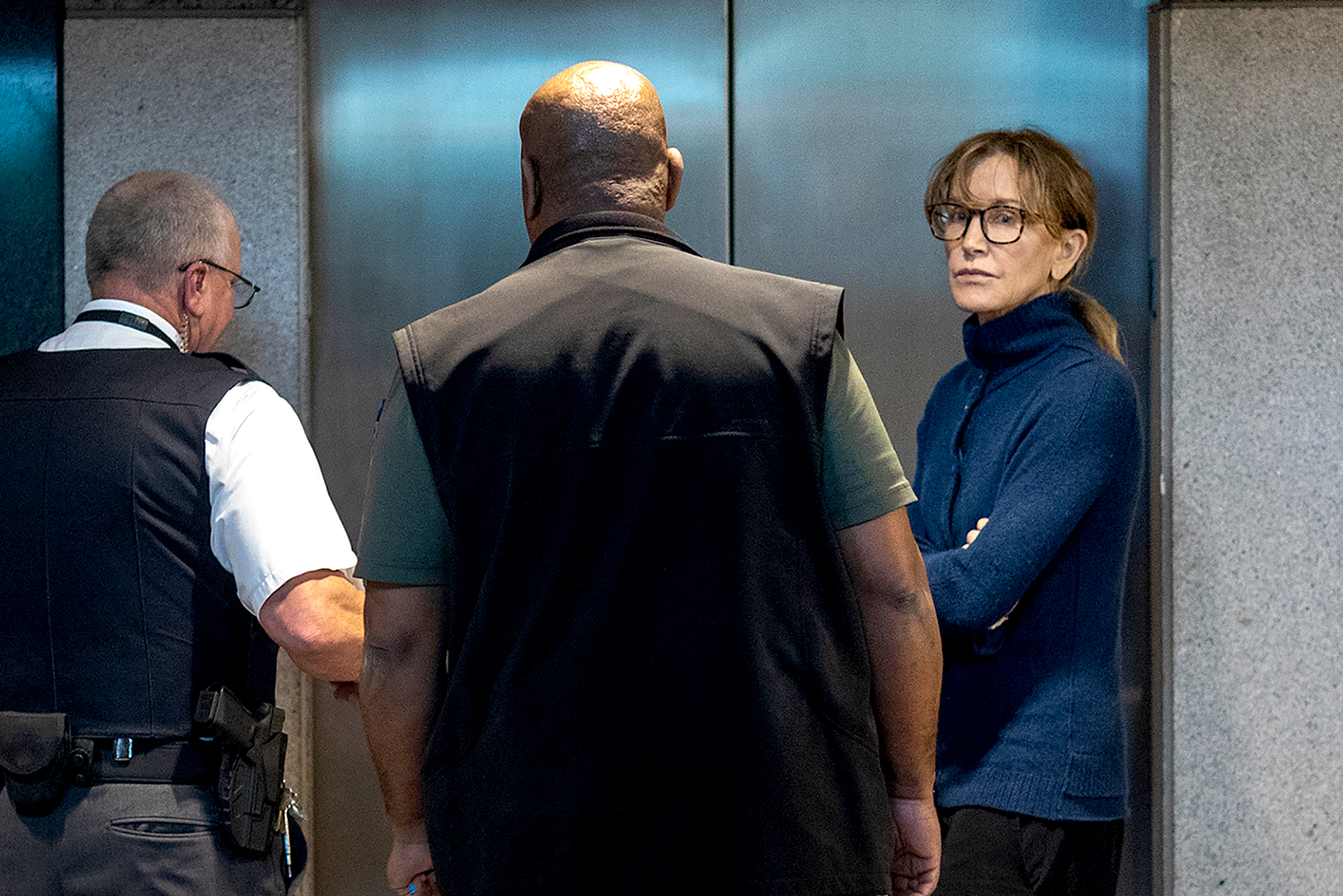 Huffman was arrested at gunpoint by Federal Bureau of Investigation agents at her Los Angeles home on Tuesday morning. She was subsequently released on a $250,000 bond. While Giannulli was also arrested for his alleged role on Tuesday, Loughlin was “out of the country” when the warrant for her arrest was initially issued. The following day, the Hallmark star was taken into custody and is scheduled to appear in court in Los Angeles on Wednesday.