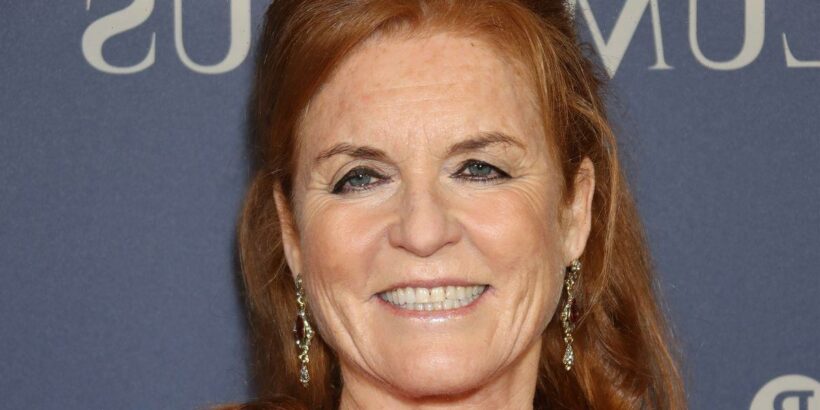 Sarah Ferguson, commonly known as Fergie, has spoken out about Meghan Markle and Prince Harry's tell-all interview with Oprah Winfrey that took place in March this year.

The Duke and Duchess of Sussex sat down with the talk show host to discuss life within the Royal Family, why they left their senior member positions, how the media impacted their lives and what lead them to make the decision of moving to California in the US.

Similarly, the Duchess of York participated in an interview with Oprah, 67, the year she divorced Prince Andrew after 10 years of marriage and becoming parents to their two children, Princess Beatrice, 32, and Princess Eugenie, 31.

At the time, Fergie told the presenter that life within the Firm was "not a fairy tale".

Now, reflecting on the intimate chat with Oprah, Fergie explained to The Telegraph: "All I want to say on this is that Oprah helped me greatly when I went to the US and was interviewed by her.

"I’m a great supporter of Oprah and everything that she does." Fergie, who Piers Morgan claims is the person who supported him when he left Good Morning Britain, added: "I wouldn’t presume to give advice to Harry and Meghan, except to say to be happy".

The royal went on to address 39 year old Meghan's children's book The Bench – which came out earlier this year – and praised her for being able to make her own way following her exit from the Firm.

"I think it’s wonderful that Meghan has written a children’s book; having done that myself, I know the effort it takes," she explained.

"I did have to make my own way in the world when I left the family, and it is not always easy."

Meghan and her 36 year old husband, who are parents to two year old son Archie and newborn daughter Lilibet, have come a long way since they left the family and pursue their own careers.

Not only are they reported to have signed a £30million deal with Spotify, where they host their podcast Archewell Audio, but while Harry is coming out with a Netflix series around the Invictus Games, Meghan is creating an animated children's series with the streaming giant.

Prince Harry has also collaborated with Oprah on The Me You Can't See, a mental health series, and is set to come out with his own memoir next year.

For all your updates on the Royal Family, sign up to our daily OK! newsletter.