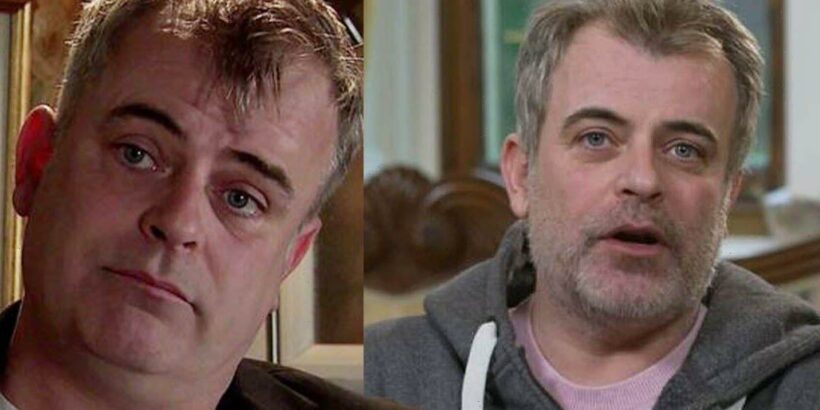 Simon Gregson, 47, has taken to Twitter to rant about his car insurance company who wrote his car off, even though he claimed there was only “minor damage”. The Corrie star took to Twitter on Tuesday to share the news that an “nice unfortunate lady” had hit his vehicle.

Wtf is that about?

Simon, who plays Steve McDonald in the hit soap, took to Twitter on Tuesday evening to share what had happened.

He wrote in view of his 272,400 followers: “So a nice unfortunate lady hit my car today when it was parked up.

“Very minor damage just a dent and my insurance company wrote it off, wtf is that about. (sic)

“Time to change providers me thinks. Car now being repaired by her insurance so no loss.”

Many social media users took to the post’s comments to express their concern to Simon and share their horror car stories.

Lindycarpo said: “In the very olden days when I worked in car insurance, a vehicle had to be ‘beyond economical repair’ before it was written off.

“This seems very suspect, unless it was a very old & knackered car which, as you’re a super-rich TV icon/megastar, seems unlikely.”

Michelle27340824 added: “My car has recently been written off, it was repairable, however, they didn’t know how long it was going to take for the parts to come in so wrote it off.

“Offered me a measly low price that didn’t even reflect market value of the current market! Hence no car & out of pocket!”

Dawn_hieron commented: “I work in insurance and more cars than ever are written off now.

“Getting the parts is difficult and expensive at the mo, which does not help.

“If it’s a cosmetic write off you could ask to keep the salvage and then you can get it repaired yourself.”

This comes after Simon was reportedly ejected from a nightclub early last month after half-stripping and screaming obscenities at a bouncer, according to reports.

An anonymous witness claimed that despite being “the life of the party”, Simon “took it a bit far”.

The witness explained: “He was the life and soul of the party.

“But he took it a bit far and it annoyed the bar staff and bouncers in the end.”

The Corrie star was out for co-star Alexandra Mardell’s leaving bash.

Express.co.uk has contacted a representative for Simon for comment at the time.

The Sun on Sunday’s video appears to show Simon appearing topless and getting into spats with bouncers.

Bouncers could subsequently be seen trying to pull the star down as he was dancing on a piece of furniture.

The incident occurred at the Albert Schloss bar in Manchester’s Deansgate.

Simon has been a regular on Corrie since 1989, and co-star Alexandra portrayed his on-screen daughter, Emma Booker.