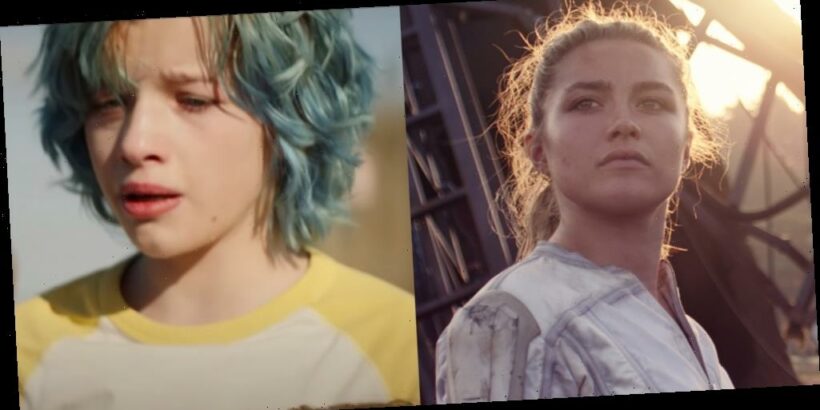 A brand new trailer for the upcoming Black Widow movie was released over the weekend!

Florence Pugh stars alongside Scarlett Johansson in the Marvel movie, set to premiere on July 9th. Also featured in the trailer is Ever Anderson, who plays a young version of Scarlett‘s Natasha Romanoff.

Here’s a synopsis: Natasha Romanoff aka Black Widow confronts the darker parts of her ledger when a dangerous conspiracy with ties to her past arises. Pursued by a force that will stop at nothing to bring her down, Natasha must deal with her history as a spy and the broken relationships left in her wake long before she became an Avenger.

The upcoming movie is the first film of Marvel’s Phase Four, and will premiere in theaters and on Disney+ Premier Access on July 9th.

If you missed it, Ever is currently in production on her next movie, Peter Pan & Wendy, in which plays Wendy.

A few months ago, it was reported that Florence will be reprising her Black Widow role for an upcoming Marvel series on Disney+. Get the scoop!