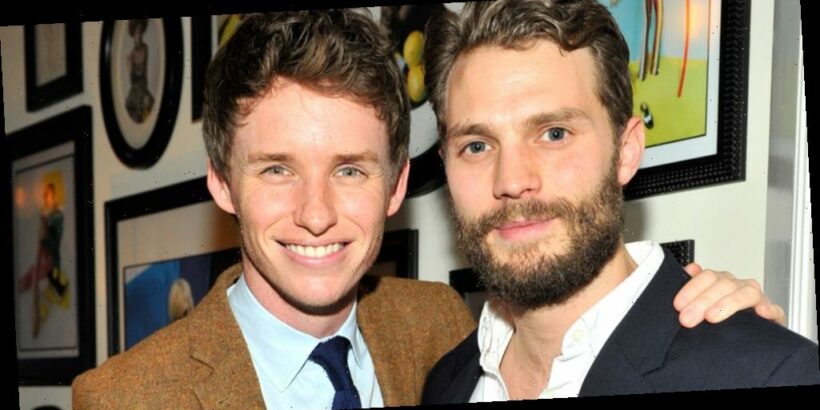 Jamie Dornan and Eddie Redmayne are reflecting on their past life together.

The stars, who lived together at one time in Los Angeles, spoke to each other as part of Variety’s Actors on Actors series.

PHOTOS: Check out the latest pics of Jamie Dornan

“We’ve known each other forever and been best friends for 15-plus years. We lived together in L.A.,” Jamie recalled.

“We look better than we did when we met, probably, in many ways. Some pretty terrible hair going on. I remember that it was 2009, because — let’s set the scene up a little bit. We weren’t working a great deal,” Jamie said.

“OK, we weren’t working at all. We’re going up for a lot of stuff in L.A., a lot of the same stuff sometimes, which was depressing. I think we lived together for about three months. And there was so little to do — if we didn’t have an audition. The reason I remember it was one day we went to a Pottery Barn or something, and…we made some crockery. We made plates and clay pots, and I remember we wrote the names of all these actors who were our gang. Everyone has done pretty good. You’ve got an Academy Award. I mean, it’s kind of insane,” Jamie said.

“I’m slightly embarrassed you’re putting that out into the public arena, given I used to tell my parents that I was going to L.A. in January to endlessly slave away to try to get work. You and Andrew Garfield and I were texting, trying to remember what those things were. And one of them was BioShock [a movie based on a video game, which never got made]. You remember BioShock? We were furious with each other as we were going through it, and competing for the same role. I remember auditioning for 10,000 BC, which involved being topless, running around, like in Egypt. I mean, look at me. I’m sort of pallid, white, moley. I was always two hours early or an hour late to auditions, endlessly running these lines. But it was great in the sense that you got to try everything and fail hard,” Eddie went on to say.

“Totally. There was just so much failure. I just remember your rental car — the foot area of the front passenger seat was a sea of failed audition sides. You were just shucking them down there after coming out of one of those auditions, going, ‘That’s another fail,’” Jamie said.

Find out about even more celebrities you had no idea were once roommates!

Watch their full conversation inside…