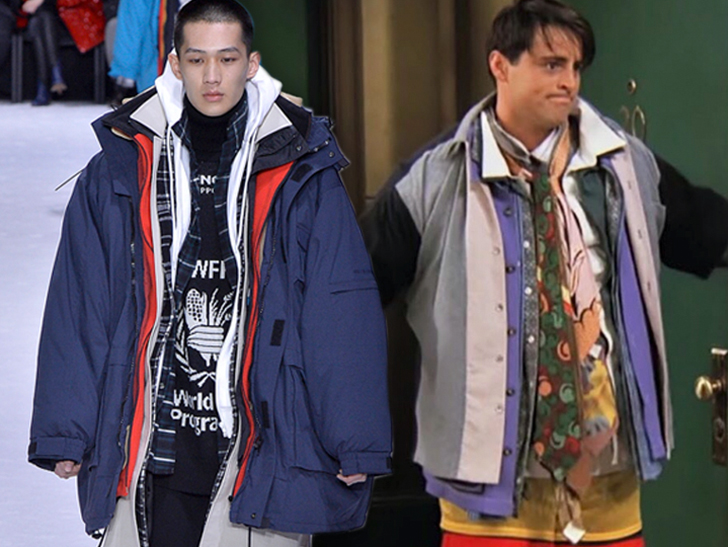 “The One Where No One’s Ready” and Joey wearing all of Chandler’s clothes is definitely Balenciaga’s inspiration for its insanely expensive 7-layer coat — so says the “Friends” costume designer, who’s flattered.

When Balenciaga’s $9,000 coat became available for pre-order sales at Barney’s New York, not only did it trigger immediate Joey memes across the globe, Debra McGuire ﻿– the costume designer who came up with the look in season 3 — also took notice.

Debra tells TMZ “the coat is wondrously similar. I am flattered.” She adds, “Bravo then to the ‘FRIENDS’ inspired coat!!!”

Debra says the coat was never meant to be a fashion statement — “I remember laying out all the pieces in the [Warner Bros.] workroom and contemplating the best way to construct while making it an easy garment to get in and out of. It would open from the back and Joey would enter that way.”

She adds that’s the biggest difference between her and Balenciaga … “Assuming this 2018 version is worn like a coat that opens in the front.”

Funny you should ask … Balenciaga’s coat is a heavily-layered parka that’s one garment made up of 7 different types of clothing … from a hoodie and shirt to a fleece jacket. There’s also a puffy coat, but nothing like the one George wore in “Seinfield.”

Don’t event think about it, Balenciaga.