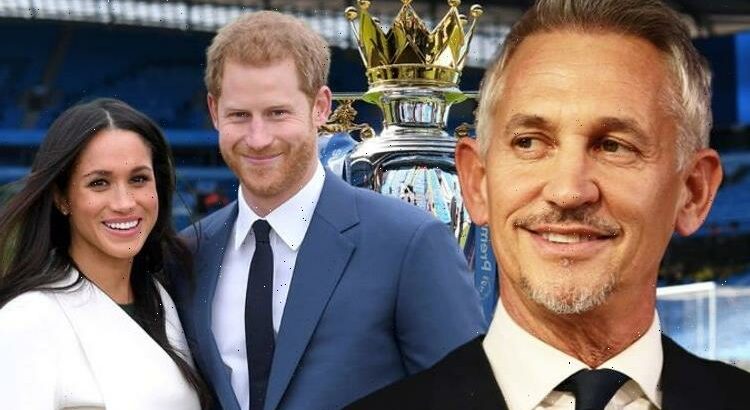 Gary Lineker opens up about his dementia concerns

Gary Lineker is back on our screens this afternoon for an FA Cup special. Championship side Hull City welcome Premier League opposition to the MKM Stadium, as Rafa Benitez brings his underperforming Everton side to Humberside. Coverage of the FA Cup third round clash begins at 5:20pm on BBC One, with highlights of all games to be shown at 10:30pm on the same channel.

Mr Lineker stepped down as host of BT Sport’s Champions League coverage at the end of last season, announcing his intention to follow his beloved Leicester across Europe with his sons.

Mr Lineker, one of the nation’s finest presenters, has earned an enormous following on social media — 8.2 million Twitter followers at the time of writing — that stretches far beyond the football fanbase.

He has become a respected liberal spokesperson in recent years, first dipping his toe into political waters to condemn corruption in FIFA, which received widespread praise.

Since then he has weighed in on a number of topics, including his support for Syrian migrants during the refugee crisis, Brexit and even the Royal Family on occasion.

When Prince Harry and Meghan Markle announced in January 2020 that they would be stepping back from their senior royal positions, they set out to become financially independent and ceased to represent the Queen.

As part of leaving their royal roles, they agreed not to use their HRH titles.

Mr Lineker reacted to the news with a reference to the Premier League title race.

Champions Manchester City had just suffered a fatal blow to their own title hopes after a 90th-minute Fernandinho own-goal against Crystal Palace left them 13 points behind leaders Liverpool, who had two games in hand at the time.

Mr Lineker tweeted: “The Palace have announced Meghan and Harry have renounced their titles.

“Meanwhile Palace have announced Man City have renounced theirs.”

The tweet received an impressive 47,900 likes, as fans suggested the quote could be used in a future episode of Premier League Years.

Mr Lineker had offered his support to the Sussexes just days earlier, as their departure provoked debate.

He said: “Families fall out. It’s hard enough without the whole world judging and haranguing you.

“Yes, the Royal Family is a weird concept. A strange job that brings absurd entitlement, but they’re still human beings with foibles and feelings.

“Meanwhile, Australia is on fire and war threatens.”

Piers Morgan was quick to challenge Mr Lineker’s comments. Within hours, he replied: “BREAKING: Lineker brands Royal Family ‘weird’ and ‘absurd’ whilst saying we should be mindful of their feelings…”

Mr Lineker swiftly responded, however. He accused the former Good Morning Britain presenter of taking his comments out of context.

Mr Lineker also asked his followers why people need to have an opinion on Meghan and Harry.

He wrote: “Is it okay not to have a view and be ambivalent on Harry and Meghan? Or do I need to pick a side and get enraged? Does anyone really, deep down give a flying crown?”

While many responded with their own opinions, one particular response stood out.

Journalist Philip O’Connor replied: “The only royalty you’ll ever need in England is Ledley King.”

Gary Lineker presents live coverage of Hull City vs Everton on BBC One this evening. Coverage begins at 5:20pm.