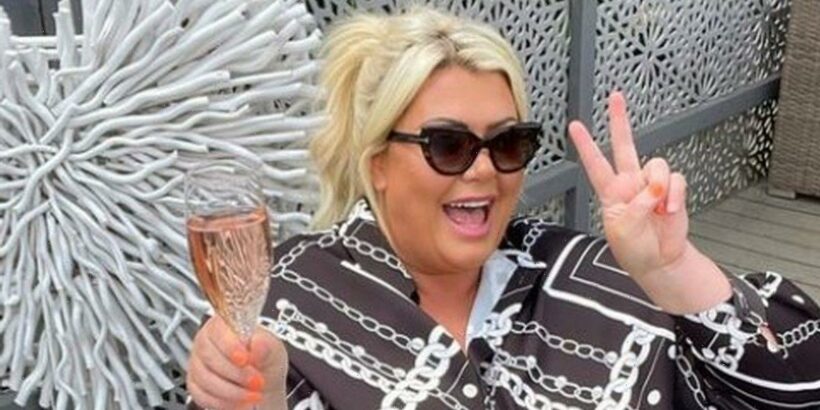 Gemma Collins insisted that she is an "international superstar" who is on "another level" compared to her former TOWIE co-stars in a rant on Monday 18 July.

The 41 year old TV personality, who recently beat the heatwave in a gorgeous swimsuit, said she has long moved on from her time on the Essex reality show as she continues her celebrity career in showbiz.

Gemma, also known as the GC, was first spotted on TV screens selling a car to Kirk Norcross in the reality show before quitting eight years later in 2019. Now, speaking to the Mirror ahead of her Bingo Blitz campaign this week, she revealed that she believes she has paved a different life thanks to her hard graft. "I’m like an international superstar,” she claimed. “I’m not being funny, my life has moved on.

She added: “I don’t mean it flash or stuck up, what I mean is you can’t let your past define your future. I’ve come a long way and we should celebrate success.”

OK! magazine has reached out to Gemma's representatives for comment.

Last week, it was reported that Gemma banked a huge £2.5m so far this year, having just signed a £1 million deal to be the face of a range of New Look clobber.

She’s also working with football legend Gary Lineker for Walkers, and fronting the campaign that is worth another £1 million.

According to the Daily Mail, her media work which includes ads for airline Wizz Air, fast food giant Burger King, condom-maker Durex and clothing brand Boohoo, plus cash from her own clothing brand has earned her another £500,000 in 2022.

The star has also been rubbing shoulders with supermodel Naomi Campbell on The Jonathan Ross Show. And last year, fans saw her open up to presenter Piers Morgan for a Life Stories episode.

While she has had to deal with cruel online trolls and even death threats, there is no denying the Big Brother icon has a cult following – with countless fan accounts and memes dedicated to Gemma’s words and reactions, according to the Mirror.

“It is humbling,” she said. “There’s so much love for me. I’m always going to get haters, but it’s my authenticity, I’ve always had gumption, always been brave enough to speak up.

“At the end of the day, I was a product from a reality show that has absolutely smashed it.

“I will always be grateful for TOWIE as without it I wouldn’t be here.”

She added: “The sky is the limit for anyone who has an opportunity, but it comes with a lot of hard work.”