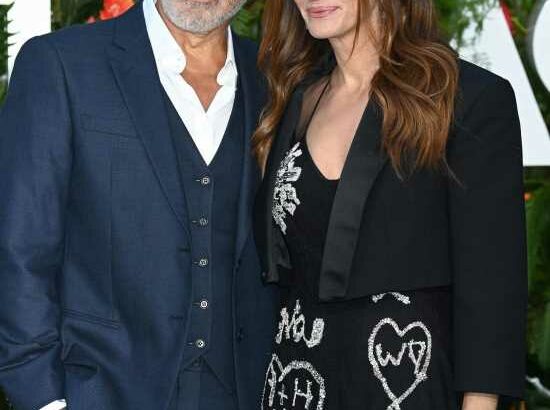 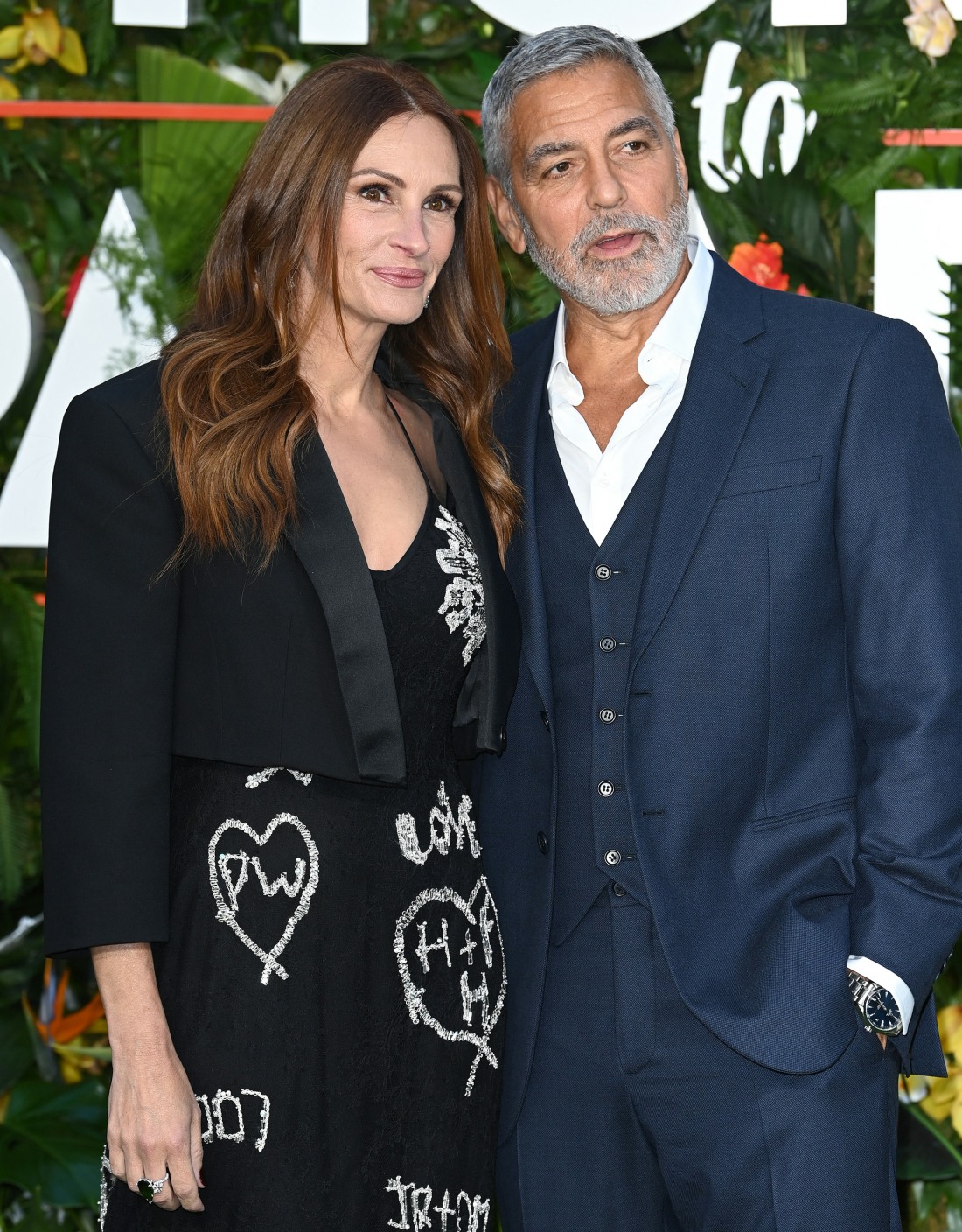 George Clooney and Julia Roberts didn’t work together until 2001’s Ocean’s Eleven, but of course they knew each other and were aware of each other long before then. They were both such huge stars in the 1990s, of course they went to the same events and had friends in common. While the ‘90s were a wild time for celebrity couples, I kind of understand why George and Julia never dealt with each other romantically. They have a lot chemistry on-screen and they seem chatty and warm towards each other in real life, but there’s not, like, mind-blowing heat between them. It’s the warmth of friends who have known each other as colleagues for decades. Plus, Julia was never George’s type. In any case, George and Julia are currently promoting Ticket to Paradise and they were asked why nothing happened between them romantically:

George Clooney and Julia Roberts appeared in a sit-down interview with Access Hollywood that dropped Wednesday ahead of the release of their upcoming film, Ticket to Paradise. During their chat, host Kit Hoover hit the costars with rapid-fire questions about their longtime connection.

Hoover then asked a question many fans of the two have been wondering for years: “Did you ever have a no-dating policy back in the day… Years and years ago before you were ever in a relationship?”

Roberts responded, “To not date each other? I don’t think we needed to state it!”

Clooney provided more context about why they never took things to “a different level.”

According to the actor, “Julia was always in a relationship, or I was in a relationship. And we were fast friends right away. So it was nothing, but it’s been nothing but fun for us. So, I don’t think that was ever really a thing.”

Julia met Danny Moder (who was married at the time) in 2000, while she was filming The Mexican. The “A Low Vera” t-shirt and all of that, and people forget that Julia was actually with Benjamin Bratt when she met Moder too! Anyway… it’s true, Julia was usually in a relationship – before Bratt, it was a blur of Keifer Sutherland, Jason Patric, Lyle Lovett, Daniel Day Lewis (for real). Julia and George weren’t single at the same time, not that it would have mattered to Julia. Anyway, I’m glad they were never a romantic couple. They would have been a complete f–king mess (but it would have been glorious). 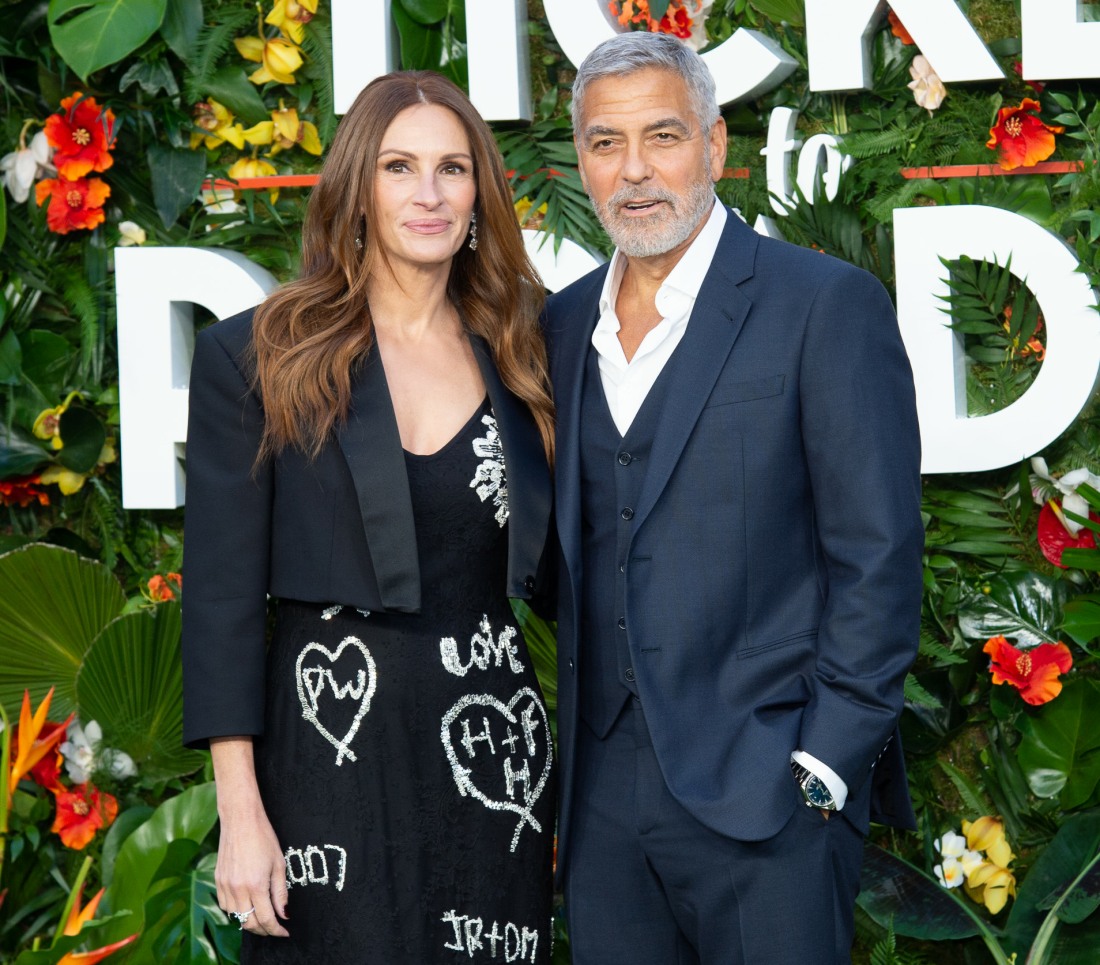