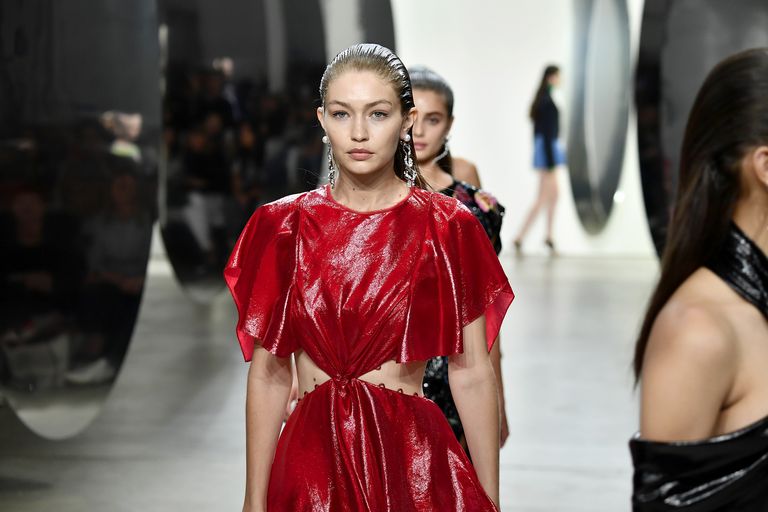 Just 5 years ago Gigi Hadid’s life was on a pretty different path. She moved from her hometown of Los Angeles, California after high school to attend college at The New School, not too far from the runways of New York Fashion Week. But she wasn’t there to study fashion.

While experimenting with Instagram’s new questions feature on Instagram Stories last night, one of Hadid’s fans asked her what she wanted to be if she weren’t a model. Hadid revealed to her followers that she was a criminal psychology major. “Although I’m so intrigued by that field of work, I think that if I would have had a career in that I would’ve still ended up working in something creative instead. Even after I’m done modeling I think I’ll always be a part of a creative process somehow,” the blonde bombshell posted to her Instagram account.

However, the same year Hadid entered college, she also signed with IMG Models and re-started her career as a model, following in her mother’s footsteps. She got her first taste of modeling as a 2 year old in Guess ad campaigns. By 2014 she was hitting the runways at New York Fashion Week. And instead of hitting the books, Hadid was hitting the pages of CR Fashion Book, her first big break in the high fashion world.

She eventually dropped out of the New School to pursue modeling full time. It wasn’t long before she was fronting ad campaigns, booking Sports Illustrated Swimsuit Edition, walking in the Victoria’s Secret Fashion Show—and as they say, the rest was history.