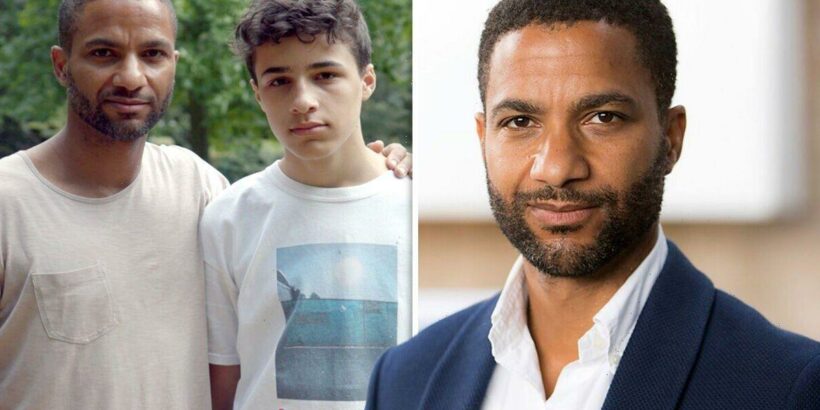 Mental health is something that Sean Fletcher, 48, is incredibly passionate about following the struggles his own son Reuben experienced – which is why he has teamed up with GO Outdoors and Mind’s recent campaign #HatsOnForMind this winter. The Good Morning Britain presenter has joined ex-England goalkeeper David Seaman and fellow Countryfile stars Helen Skelton and Julia Bradbury to raise money for the mental health charity.

Six years ago Sean’s family was in crisis, as the health of his teenage son deteriorated rapidly over a few weeks.

Since getting his OCD diagnosis, Reuben has gone on to get mental health support and achieve amazing things, including securing a place at university.

While things worked out ok for the Fletcher family, Sean has confessed how difficult he found it coming into work each morning and putting on a brave face.

“I found it particularly tough when our son was ill and having to go on air, whether it’s live programmes or pre-recorded programmes, and smile,” he remembered.

“You’ve got to leave all of the problems at home behind you, and then go on and smile – and that’s really hard when your world is falling apart at home.

“I’m a bit of a smiler anyway – but it’s challenging,” he continued, “Because it’s not just smiling, you’ve got to be positive with things like breakfast telly. But also Countryfile – they don’t want a miserable presenter!

“You’ve got to be positive, and if you’re not feeling positive at home because someone’s ill, that can make it really, really difficult.”

Sean went on to admit that he “made a lot of mistakes” during the time when Reuben was ill, and even offered some advice for parents going through a similar situation.

“In the situation we went through, we learned the hard way basically through making mistakes,” he confessed. “That’s one of the reasons I want to help other people, because there are quite a few things I wish people had told us.

“And I understand why people didn’t, because people don’t talk about mental illness and your child. And we didn’t, really, we sort of kept it quiet – but there are a few basic things you can do.”

Sean then went on to share two pieces of key advice, which included the importance of exercise and looking after your own mental health.

“Firstly, you need to look after yourself as a parent, because it’s very easy to become ill yourself if you’re struggling,” he explained.

“You worry about your children in a way that you don’t worry about yourself or your other half, because you’re both adults and so you sort of think, ‘Oh, we can deal with it.’

“But our children? You feel so responsible and you worry so much that I think it’s very easy to all get dragged down into that mental illness yourself.

“And so I think it’s really important for you to take time to get away from the situation at home if that’s what’s happening.”

Speaking about getting “time away” from the difficulties of home, Sean went on to talk about the importance of getting outside.

Almost half of Brits admit to experiencing challenges to their mental health at least once a week, while over two thirds of the country have said spending time outdoors helps with their mental health, according to the charity Mind.

Behind the new hat range released in a collaboration between GO Outdoors and Mind is the idea that people across the country get outdoors in their new hats and tag a friend with #HatsOnForMind, asking them to do the same.

During his difficult time at home Sean went from being a sprint runner to running four London marathons after he realised the value of having alone time.

“Running was really important to me, even in London, I would run along the Thames (which is quite leafy at times) and it feels like you’re in the middle of nowhere,” he reflected.

Another key piece of advice Sean shared for parents was to go through the Children and young people’s mental health services to get a diagnosis for your child – and to do it quickly because “waiting lists can be long”.

“The other key thing is, if your child’s got a serious mental illness, you’re not going to get the child better yourself,” Sean pointed out.

“You need some professional help, which means you should be going to your GP.”

#HatsOnForMind launched on November 7, with all hats available to buy exclusively at GO Outdoors, Blacks, Millets, and Fishing Republic. Adult hats are priced at £10 and two children’s options at just £8, with 100% of profits going to Mind.