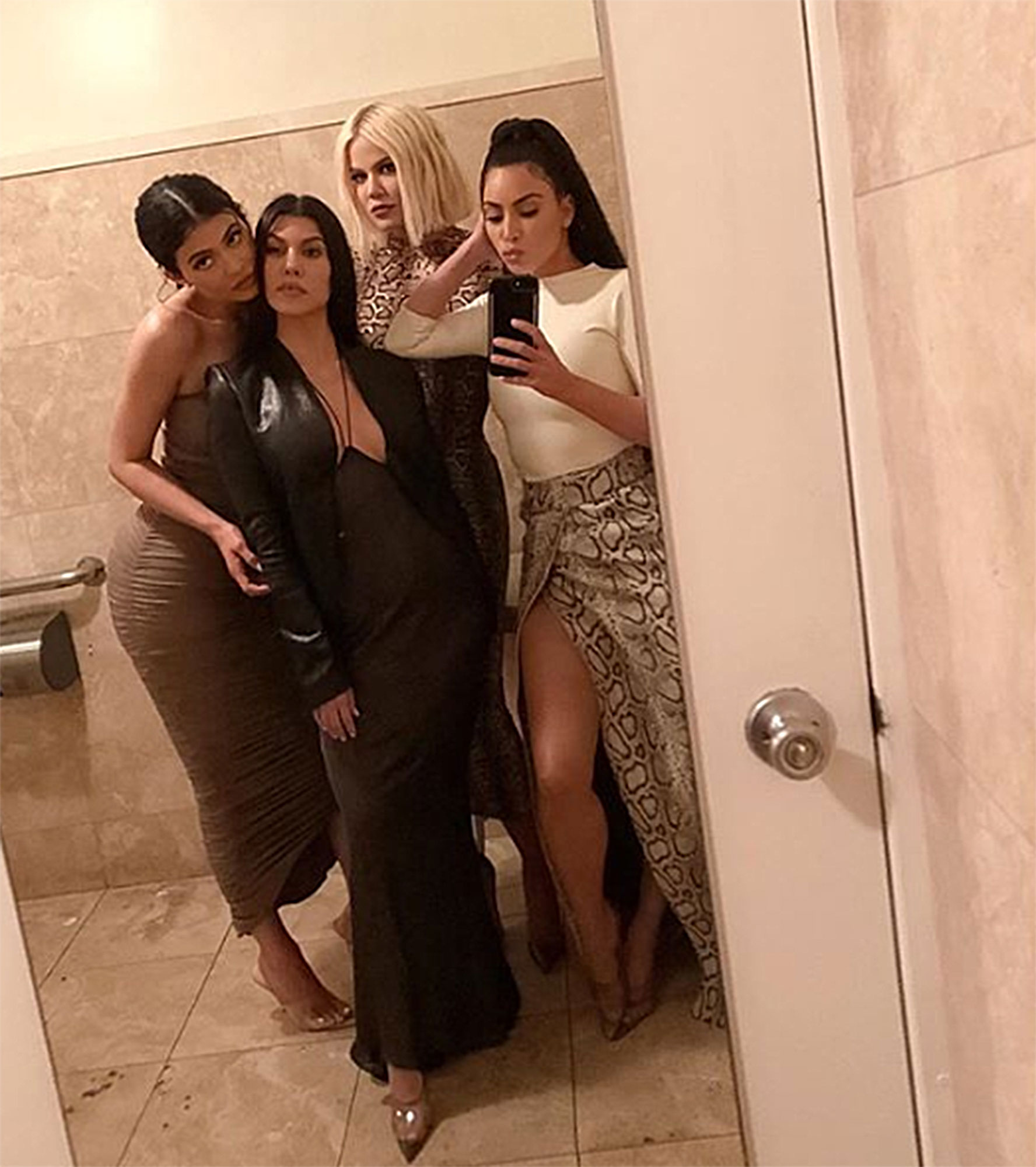 Her ride or dies! Khloé Kardashian enjoyed a glamorous girls’ night out with Kim Kardashian, Kourtney Kardashian and Kylie Jenner amid her drama with ex-boyfriend Tristan Thompson.

The Good American founder, 34, stunned in a form-fitting, cheetah-print dress as she and her sisters dined at Giorgio Baldi in Santa Monica on Tuesday, March 12. Kim, 38, documented the fun evening via her Instagram Story by sharing videos of herself and Kylie, 21, jamming out to Kanye West’s songs, “All Mine and “Highlights.”

Although Kendall Jenner couldn’t make it, as she was in New York with pals Cara Delevingne, Hailey Baldwin, Elsa Hosk and Joan Smalls, Kim wrote, “We miss you @kendalljenner” alongside a bathroom selfie on her Instagram Story.

Meanwhile, Khloé has been surrounding herself with close family and friends in the wake of Thompson’s cheating scandal with Kylie’s best friend, Jordyn Woods. The Revenge Body host partied in Las Vegas on Sunday, March 10, with best friends Malika and Khadijah Haqq for their birthdays, and she has also been spending a lot of quality time with her 11-month-old daughter, True, who she shares with the NBA star, 27.

A source exclusively told Us Weekly earlier this month that the Strong Looks Better Naked author and her family want “to move on” after Thompson and 21-year-old Woods’ betrayal. Added a second insider in February: “Khloé stayed with Tristan because of True, hoping to be a family forever. [This] is a very sad situation for everyone. Khloé’s entire world is True. That’s helping her heal.”

While the Keeping Up With the Kardashians star is focusing her energy on True, Thompson has been seen partying with multiple women in the wake of the scandal. He hung out poolside in Miami on Thursday, March 7, and he also has been spotted with model Karizma Ramirez several times throughout February and March.

Khloé made headlines in February after ending her two-year relationship with the Cleveland Cavaliers player when he confessed to hooking up with Woods behind her back. The model, who has worked with Khloé on Good American campaigns, is currently not speaking to the family.