For all the forensics, the DNA analysis, the databases and the computers, the one irreplaceable component in a police investigation is good old-fashioned copper’s instinct.

The Murder of Rhys Jones: Police Tapes (ITV), examining the senseless shooting of an 11-year-old football fanatic in Liverpool a decade ago, turned on exactly that key factor — not so much intuition, more the whisperings of a lifetime’s experience.

Detective Chief Inspector Dave Kelly, in charge of the high-profile hunt for Rhys’s killer, had followed a trail of tip-offs and wire-taps to uncover a small cache of guns — a World War I service revolver and an imitation pistol, stashed in the attic of a family house in suburban Croxteth. 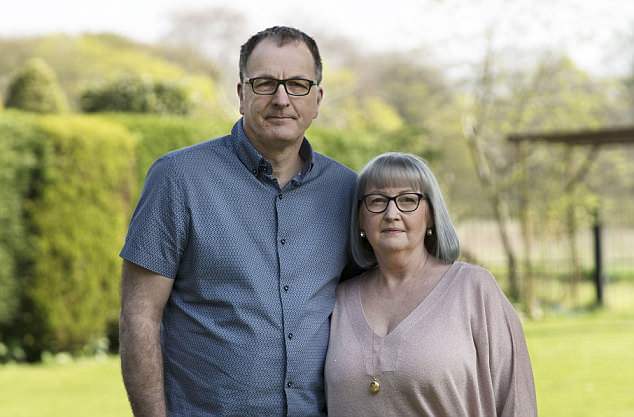 The Murder of Rhys Jones: Police Tapes examines the senseless shooting of an 11-year-old football fanatic in Liverpool a decade ago. Pictured, Rhys Jones’ parents Steve and Mel

Weapons experts dismissed suggestions the revolver could have been used in the shooting. The bullets found at the murder scene were the wrong calibre ammunition, they said.

But Kelly demanded more tests. Painstaking inquiries had led him to that house and that hidden gun.

The teenage boy who had stashed the weapon could identify the killer, he was certain.

No computer program could sniff out the clues — only a human detective, steeped in the knowledge that comes with many years on the force. There’s no substitute.

And Kelly was right. The gunman, 16-year-old wannabe hoodlum Sean Mercer, had loaded the revolver with the wrong shells. 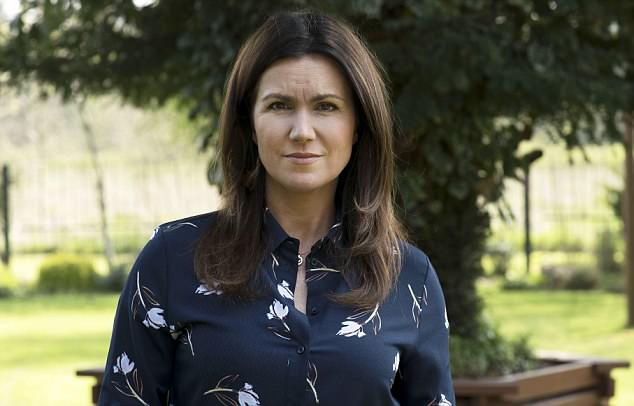 Susanna Reid (pictured) fronted the show, though she wisely refrained from too many set-up shots implying she might have listened to all those wire-taps herself

When he opened fire wildly at a rival thug, in the carpark of the Fir Tree pub, bullets were sent spiralling uncontrollably. One hit Rhys in the back of the neck as he dashed home from football practice.

The main facts of this appalling story were well covered in the four-part drama Little Boy Blue, currently being repeated on ITV3.

This fluent documentary added little to our understanding of the gangsters and their pathetic ‘turf war’, but shed interesting light on police methods.

DISNEY ANIMALS OF THE NIGHT

Amber, 21, was making friends with cows on The Family Farm (BBC2).

‘I’m sure I’ve seen a couple of them smiling,’ she said. ‘One of them winked at me.’ It’s when they start singing, Amber, that you need to worry.

Central to the investigation was a secret microphone planted in the house of one of the main suspects.

The poor quality of the audio, which was almost indecipherable, emphasised the skill of the detectives who listened endlessly to the tapes, picking out key words.

Fans of the seminal U.S. crime drama The Wire, in which a maverick police team targets an inner-city drugs gang by tapping their phones and offices, might imagine that conversations captured by eavesdropping are always crystal clear. These recordings proved the opposite.

Susanna Reid fronted the show, though she wisely refrained from too many set-up shots implying she might have listened to all those wire-taps herself.

Police are apparently non-existent in the sci-fi dystopia of Humans (C4).

Despite constant terrorist attacks and death threats, any law enforcement is carried out by squads of soldiers who storm in, wave their rifles around then melt away. 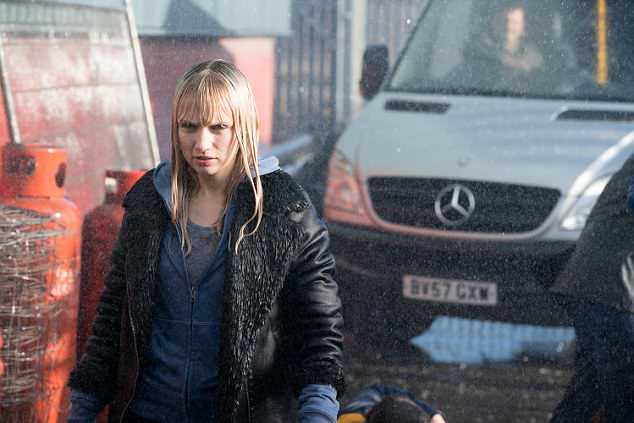 You’d think that in this world of ‘synths’ designed to serve humanity and built with martial arts superpowers, we might at least get a few robotic bobbies on the beat.

Instead, they just carry the shopping, before going insane and starting a revolution.

The problem with this drama is that its immature philosophy is more important than narrative or imagination.

Humans is merely a device for presenting viewers with flaky dilemmas: this week, is a robot child’s life more valuable than an old human being’s?

There are smart touches, like cyborg manservant Stanley, whose weapon of choice is a Stanley knife. If only the show wasn’t so earnest about its laboured morals.