Don't you just hate it when Dior crashes your fairytale-esque, European honeymoon?

The multimillion dollar heiress, who also runs her own successful luxe online activewear store Mode Sportif, took a brief hiatus from gallivanting around the South of France (where she's been staying at the likes of the five star $1,1000 per night Hotel du Cap-Eden-Roc) to jet to Paris as a front row guest of Dior for their Haute Couture show at Musée Rodin on Monday.

The chic French design label is just as much a fan of Symond (whose father's net worth was last valued at $580 million) as she is of them after she wore a bespoke blush-coloured Dior gown to marry Ned O'Neil, son of well-connected property developer and yachtie Denis O'Neil at Qualia, Hamilton Island, in April.

Post-runway, Symond and O'Neil sank some Aperol Spritzs at the Ritz Paris, before the newlyweds resumed their R&R in Puglia, south of Italy, before moving on to the Greek island of Mykonos.

With millions of dollars to be made in co-ordinated crop-tops and slimming tights, the last thing you want is someone cutting your grass.

So you might think that the original Australian Queen of Activewear, Lorna Jane Clarkson, and the imminent Queen, Pip Edwards of PE Nation, would be arch-rivals given you can't glance sideways in Sydney without seeing someone rocking PE's bold signature colours. 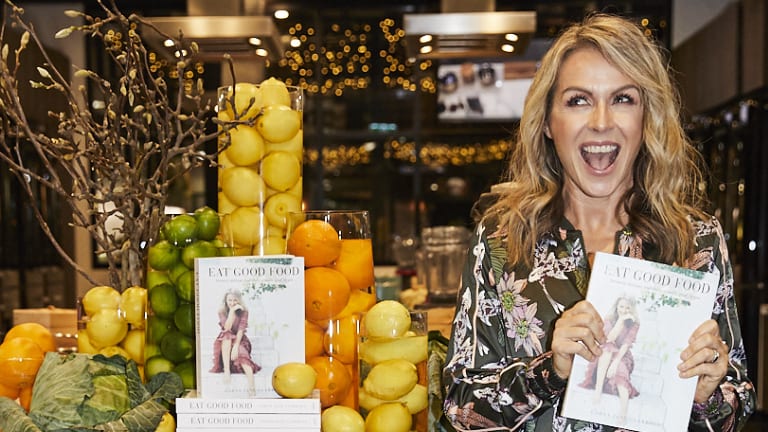 Further afield the likes of the Kardashians, Justin Bieber, Margot Robbie, Elle McPherson and Gigi Hadid can't get enough of the brand either.

But Clarkson, who has been in business since 1990 and is personally worth more than an estimated $50 million with over 200 stores in 60 countries around the world, insists there is "plenty of room in the activewear market" for Edwards and co-founder Claire Tregoning's two-year-old PE Nation brand.

The first time the tanned and toned yogis (who seem to have drunk from the same elixir of youth) crossed paths, Edwards bowed to Clarkson. 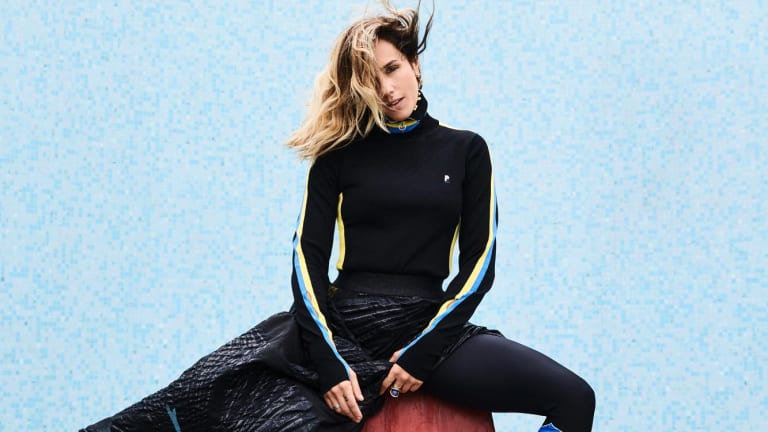 "She kept saying, 'You are the queen of activewear,'" Clarkson told The Goss from the luxe boardroom of Roxy Jacenko's Paddington office this week, where she was promoting her sixth book, Eat Good Food.

"I then invited her to stay at my house in Los Angeles so she doesn't have to pay for hotels because I know how tough it is when you first start out.

"If [designer] Brian Rochford had said that to me when I was first beginning, it would have been amazing because it's hard. I don't know their finances, but when you first start out everything matters.

"There's no [bad blood], as long they don't copy anything anything I do," Clarkson laughed. 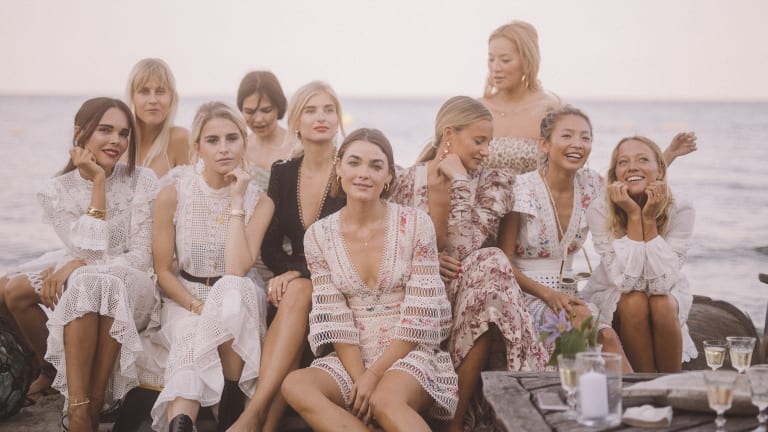 Two can play that game

While Dan Single was frolicking about in the Hamptons last week with the Hart sisters, models Jess and Ashley, his soon-to-be ex-wife Bambi Northwood-Blyth (born Stephanie) was spending time at one of the most glamorous parties St. Tropez will see this northern summer. 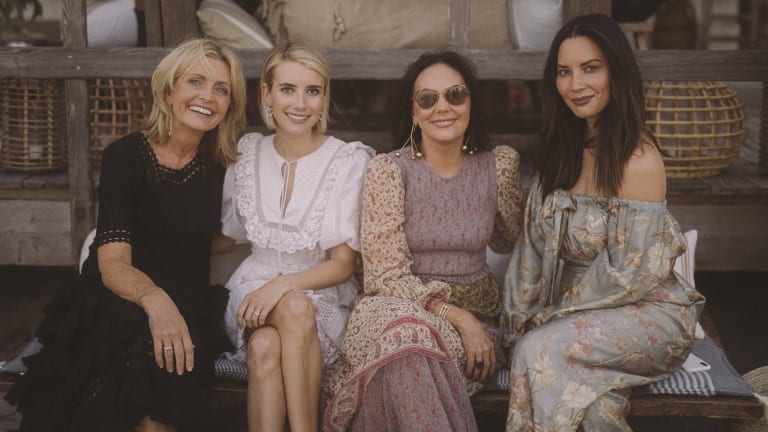 If the formerly loved-up pair are competing for who has the best company, Northwood-Blyth wins this one hands down.

After months of speculation, Single (who has a son, Justice, 12, with the aforementioned Pip Edwards – small world) announced their split in March, on the one year anniversary of his fall from a Paris balcony.

Part of the reason for the break-up was said to be placed on the GoFundMe page Single set-up asking for a $250,000 handout post-fall that is believed to have embarrassed Northwood-Blyth.

Meanwhile, the aesthetically-pleasing girl gang were not the only ones adorned in Zimmermann (that first began as a Paddington market stall) this week in the Côte d'Azur.

Beyonce, a super-fan of the Australian label, shared three shots for her 115 million Instagram followers wearing a two-piece paisley set from their SS18 collection as she boarded a private jet to Cannes. (Honestly, is there anyone not on a European vacay right now?)

Keeping Up With The KarJenners … in Newcastle?

Kendall Jenner brought her Australian-born boyfriend, basketballer Ben Simmons, home this week for Fourth of July celebrations at Khloe Kardashian's, so it's only fair that the recently named NBA Rookie of the Year returns the gesture. 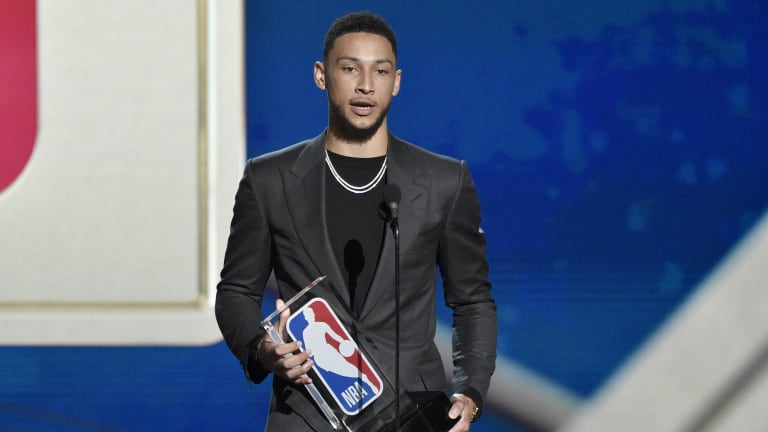 Ben Simmons, of the Philadelphia 76ers, accepts the Rookie of the Year Award in June.

And while the Melbourne-born, Newcastle-raised Philadelphia 76er star calls the former home, the latter's Nobbys Beach is one of his favourite spots in the world.

Keep your eyes peeled for one of the world's top models and the $100 million sportsman.

Do you have any Sydney gossip for The Goss? Email [email protected] 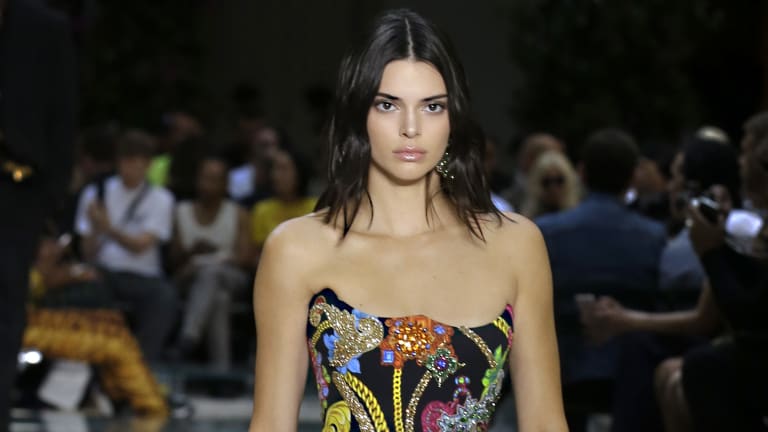 Kendall Jenner walking in the Versace show in Milan in June.