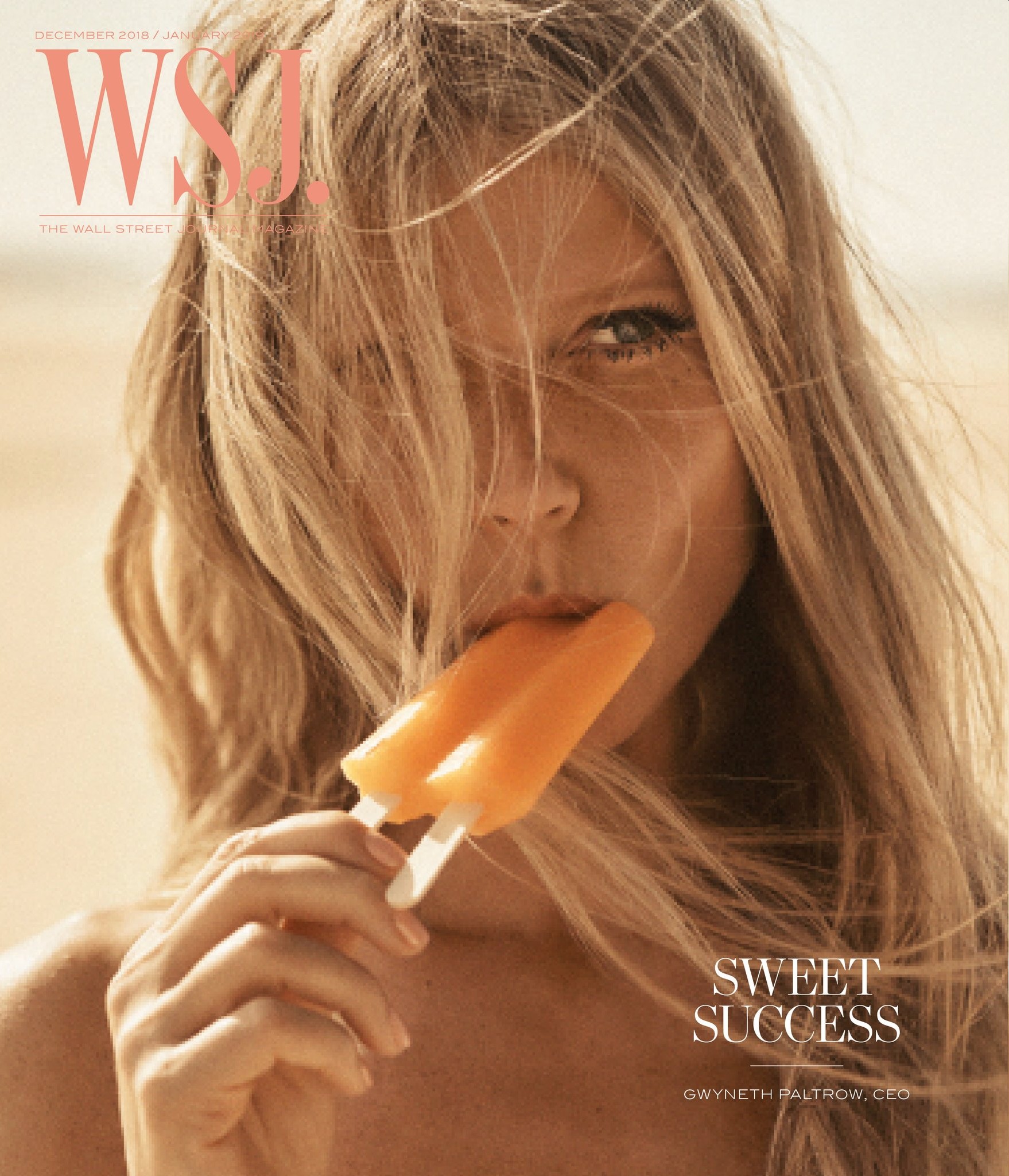 Gwyneth Paltrow covers the WSJ. Magazine, and it’s actually a cute editorial if you’re sick of Christmas-themed photoshoots. It’s very beachy and Gwyneth’s body looks bangin’ in all of the swimsuits – you can see the editorial here. Unfortunately, that’s my only compliment here, because this WSJ. Magazine interview is Classic Goop, in that she is just THE WORST. I’m actually appalled by how a publication like the Wall Street Journal would help whitewash Gwyneth’s pseudoscience. Hilariously, though, they do quote her liberally, especially when she’s being super-snotty. Some highlights:

Gossip in the ‘90s: “Cameron Diaz and I talk about this all the time. We’re like, ‘Thank God in the early ’90s there were [so few] paparazzi. Thank God.’ We cry in gratitude that no one was following us around and seeing what we were doing. I remember when Brad Pitt and I broke up, it was on the cover of the New York Post and there was no one outside my house. That would never happen today.”

Her marriage to Brad Falchuk: “It’s fantastic. I feel like we are probably better equipped to choose our life partner when we are halfway through life. But generally, we have to pick our spouses a lot earlier because of the whole procreation piece. For me it has been more of a process, and so I feel really lucky to have met this person who is an incredible, true partner.”

Their blended family: “We are still doing it in our own way. With teenage kids, you’ve got to tread lightly. It’s pretty intense, the teenage thing. I’ve never been a stepmother before. I don’t know how to do it.”

Goop is on the forefront of pseudoscience: “We’re trailblazers. We’re going to write about sh-t that people haven’t heard of. It’s often women’s sexual health that is the most triggering.”

On the fines she’s had to pay for promoting fake science as actual science: “I’m so happy to suffer those slings and arrows, because if you look at the culture from then to now, people are so curious. It’s so beautiful to see people feeling empowered by natural solutions or ancient modalities alongside science and medicine.

Gwyneth invented yoga: “Forgive me if this comes out wrong, but I went to do a yoga class in L.A. recently and the 22-year-old girl behind the counter was like, ‘Have you ever done yoga before?’ And literally I turned to my friend, and I was like, ‘You have this job because I’ve done yoga before.’ ”

Her early years as an actress-brand: “I felt like I had hit all of those benchmarks. I’m very competitive with myself and I thought, Well, what am I supposed to do now? On some level I had gotten the message, ‘If you’re not achieving something that’s quantifiable, you might not be worth that much.’ Somehow, that wire got fused together in my head. So, I was like, How do I keep achieving something?”

The Goop Businesswoman: “In one way you think, ‘Oh, my God. I hit the freaking jackpot. I won the lottery. I get to be this person, and that served as a platform for me to start my business and to have all this incredible access to amazing people and artists and designers, and I’ve had such a fascinating life.’ And then on the other hand, you get old and a little grumpy and you just want to kind of be a hermit. I’m here one f—ing time. I want an incredible life. I used to be in my trailer, smoking a cigarette and waiting for Ethan Hawke to open the door. Now look at me.”

BOW DOWN PEASANTS. Gwyneth invented yoga. You wouldn’t even own a yoga mat if it wasn’t for Gwyneth! I find her appropriation of an ancient Indian tradition to be… hilarious and frightening. As for this: “It’s often women’s sexual health that is the most triggering.” If Gwyneth came at the “women’s sexual health” conversation with research, science and data, I would applaud her. But I sometimes feel like Gwyneth is one of the reasons why conversations about women’s sexual health aren’t taken seriously, because she treats gynecology as a “Western theory” which is just one of many “ideas” that we should embrace, along with her jade eggs and biscuit-steaming and whatever else she thinks she invented.