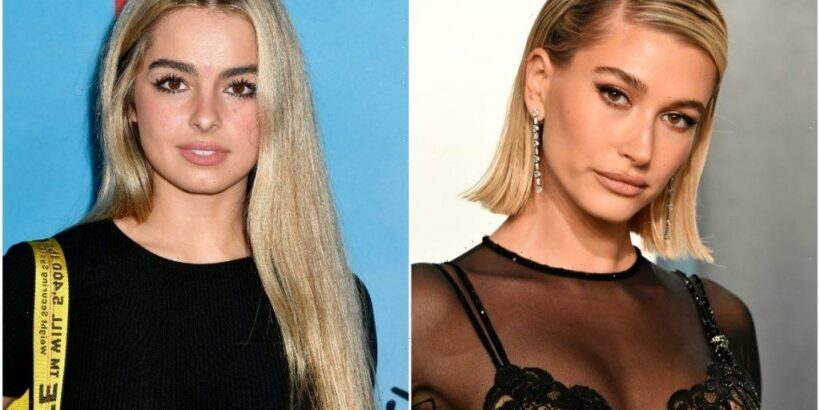 Hailey Bieber recently found herself in hot water when people on social media made judgments about something she did. Onlookers accused her of being “rude” in a video when it looked like she was “ignoring” Addison Rae Easterling. However, Bieber decided to respond to defend herself.

In late May, Bieber invited Easterling on to her YouTube series Who’s In My Bathroom?. The two stars made sandwiches and sundaes while talking about their lives.

In one instance, Bieber asked Easterling how she deals with privacy as a social media star, especially when it comes to her romantic relationships. When Easterling explained what she has learned over the years about how to keep her love life private, Bieber seemed to focus on her food more than Easterling. At one point, Bieber stuck out her tongue while pouring sauce over her ice cream. Then, she also sprayed whipped cream into her mouth.

Many fans on social media commented on this incident, saying Bieber was “rude” for not paying attention to a guest on her show.

Hailey Bieber responds to claims that she was being ‘rude’

Bieber recently appeared on Easterling’s podcast, That Was Fun?, and the two ladies discussed what happened in their YouTube video.

“I feel like people took that clip so out of context,” Easterling said. “I mean we’ve talked about [my relationship] so many times, it just happened to be public that time, which was just a different case. We didn’t want it to be serious or awkward.”

Bieber explained that her show is meant to be light-hearted, and that was the feeling she wanted to convey.

“Yeah, I just didn’t want it to get too intense and too deep,” she said. “I never want someone to come on ‘Who’s in My Bathroom’ and feel like I’m trying to pry information out of them or get them to talk about a subject that could potentially be sensitive or uncomfortable for them, just for the sake of views. That’s not the type of person I am.”

Bieber added, “I was just being silly. I was 100 percent listening to you. We were just having a quirky conversation, and I know whole story of what we were even talking about.”

When people on social media began criticizing Bieber for what she did in the clip and calling her a “rude person,” Bieber reached out to Easterling to hear her thoughts. Easterling said Bieber was “very sweet” and that she does not hold any grudges over what happened.

Hailey Bieber and Addison Rae say they are friends

During the podcast, Bieber and Easterling revealed that they are friends in real life. The two of them met at a gym, and Bieber ended up introducing Easterling to a private Pilates class she was taking.

“We know each other behind closed doors, and we’re friends,” Bieber said.

Fans who listen to the podcast can also hear Bieber and Easterling bonding over being women on social media, body image issues, fashion, and family.