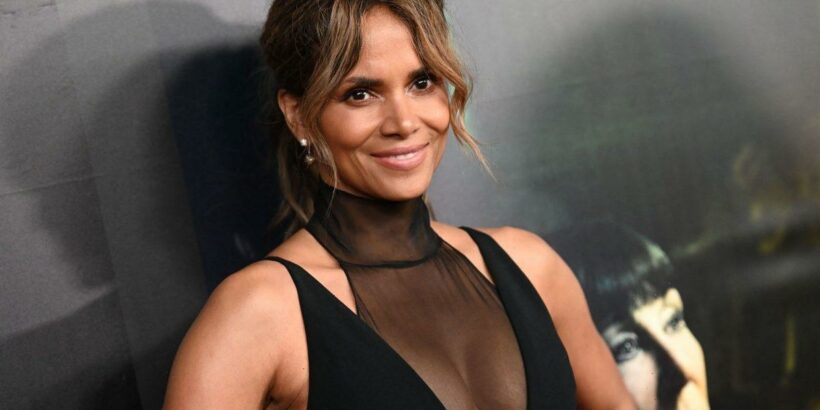 Halle Berry is someone who takes her job as an actor very seriously. Though the Oscar winner doesn’t have to prove to us just how great she is at her job, Berry did have to go the extra mile to be reckoned with as an actor when she was first starting out. One way she did this was by forgoing bathing all together after landing her very first movie role.

Two years after appearing in the 1994 comedy The Flintstones, Halle Berry stopped by co-star Rosie O’Donnell’s syndicated talk show, The Rosie O’Donnell Show, where she got candid about her up-and-coming acting career.

The interview began with Berry and O’Donnell talking about her newly released film, The Rich Man’s Wife. Berry revealed that both the movie and her co-star Peter Green “were really scary,” noting that he “always” frightened her due to him being a method actor.

This prompted O’Donnell to ask Berry if she was into method acting. Though she didn’t consider herself a method actor, Berry confessed that she did try the technique a few years back when she appeared in the 1991 Spike Lee film Jungle Fever.

“I played a crack addict, and in order to do that, I was living on the streets,” the actor shared. “So I decided I was going to see what it would be like.”

Since it was her very first movie role, Berry wanted to prove herself. So, to get into character, the actor didn’t bathe for several days.

“I didn’t shower or take a bath for like two weeks,” Berry told O’Donnell, adding that she “had hair in a braid” while motioning toward her underarm.

O’Donnell went on to ask what Berry’s castmates thought of her approach. Though one might assume her body odor repulsed them, Berry said her co-workers didn’t make a big deal of it.

“You know, they were all really nice,” she said. “Nobody said anything to me, but everybody sort of started to keep their distance. It was an experience. That was my attempt at method acting.”

The actor said Samuel L. Jackson had to ‘get a whiff’ of her unpleasant smell on set

In 2012, Halle Berry shared some more details about her approach to her Jungle Fever role while appearing on The Wendy Williams Show.

Not only did she confirm that she went days without washing her body, but the actor shared that she felt sorry for her co-star Samuel L. Jackson, who couldn’t escape her smell.

“(I played) a foul-mouthed crack-smoking hoe,” the Catwoman actor told Williams. “It’s true (I didn’t wash), ask Sam Jackson. He had to get a whiff of it constantly!”

Though Halle Berry’s role in Jungle Fever kickstarted her career in the film industry, it also proved that she had what it took to be a successful actor.

Before landing the movie role, Berry questioned if she would ever break into acting given her success in the beauty pageant circuit.

“I think it was hard for me going from beauty pageants into acting, at least it was in my mind, because I felt like I wasn’t being taken very seriously,” she said during a 1998 interview. “My resume had queen of this queen of that and no real acting credits, so I decided to take a few titles off my resume and go with nothing.”

Rather than going after roles that played on her looks, Berry decided to take on the crack-addicted character in Jungle Fever, which ultimately helped her shed her beauty queen image.

“My first movie, I played a crack-addicted woman who was really down and out,” she said. “I took off all the makeup and just got raw. I let another side of me show that I think a lot of people didn’t believe that I had.”

Since then, Berry has been landing movie roles left and right. Today, she’s one of the most famous actors in the world and to think, her role as a smelly drug addict was what kicked off her successful movie career.