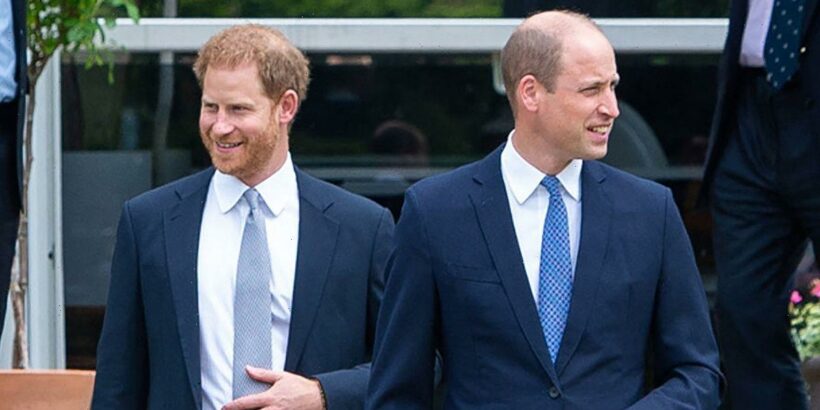 Prince Harry and Prince William’s brotherly relationship has suffered since the Sussexes moved to America.

But according to a royal expert, it seems the siblings are willing to "thrash it out" at an upcoming reunion.

The Queen’s Platinum Jubilee year has put pressure on Harry to make amends with both William and dad Charles – but will it happen?

Katie Nicholl told the Birmingham Mail: “Harry will want to be a part of the celebratory weekend, and will almost certainly be required to appear with William at that time.

“Both brothers will have to make concessions. The Jubilee should give them more of a chance to thrash it out.”

Back in 2018, rumours whirled that both William and Kate Middleton didn’t give Meghan Markle the royal welcome she deserved.

A source claimed that Harry was disappointed by William’s attitude: “Harry felt William wasn’t rolling out the red carpet for Meghan and told him so.”

But the bitterness didn’t stop there. Before Harry and Meghan announced their engagement, William reportedly took his brother aside to say: “This seems to be moving quickly, are you sure?”

Should Harry return for the happy June holiday, the Duke of Sussex has much more to iron out than just his broken brotherly bond.

Harry’s memoir is due to be released this year, and according to his pals its contents will "shake the monarchy to its core".

Both sources and experts have shared their thoughts on the bombshells which may be revealed inside.

William’s reputation as future heir could be at stake if his brother makes inappropriate comments about the monarchy, according to royal expert Ingrid Seward.

It’s thought Camilla will be in the firing line, as the future Queen’s Consort has shared a frosty relationship with the prince since his childhood.

And Charles may not get off lightly either. Harry wasn’t shy in airing his grievances about his father to Oprah Winfrey last year.

If he digs up his accusations of the Prince of Wales being less than adequate as a father, Charles’ credibility gets a knock.

Kate at 40: A Thoroughly Modern Duchess

In this special collector's edition of OK!, we take a look at the Duchess of Cambridge's rise to become one of the most loved and respected members of our Royal family.

Ahead of her milestone birthday, we reveal all about Kate's loving childhood, delve into the secrets of her happy marriage to Prince William and discover what Kate is really like off-duty – from her passion projects to her parenting style.

With the help of royal experts, we celebrate the most iconic moments of Kate's life in the spotlight, and reveal what surprises could be in store as she turns forty in style…

Available in store now and online at www.ok.co.uk/katespecial for only £4.99.

Richard Kay, the Mail’s editor-at-large, explained: “Every time Harry opens his mouth he’s seen to chip away at his father’s credibility… this must be undermining their relationship.”

Harry told Oprah: “I will continue to make it one of my priorities to try to heal that relationship.”

But according to Katie Nicholl, he’s got a long way to go.

She said: “Harry is going to have to meet his father and look him straight in the eye if their issues are to be fixed.”

To read more about Harry and Meghan's life in the States, sign up for OK!'s Royals newsletter here.