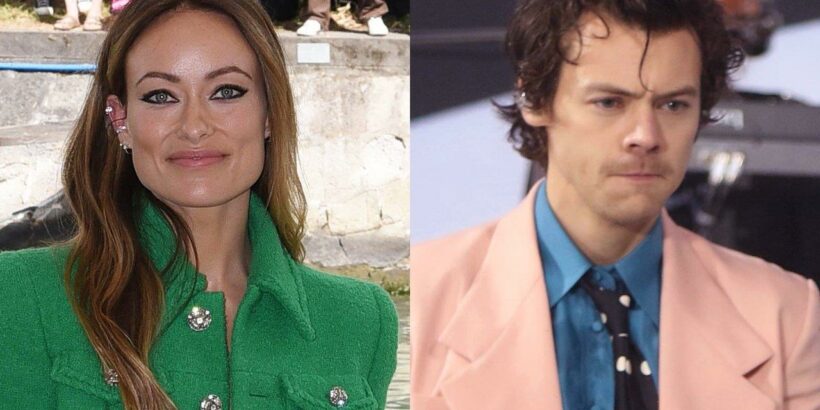 A few days before the ‘As It Was’ crooner is seen sharing a warm embrace with event planner Sofia Krunic, his ex-girlfriend and ‘Don’t Worry Darling’ co-star posted a cryptic broken heart quotes.

AceShowbiz -Fans are wondering whether Harry Styles has a new girlfriend already. The “As It Was” hitmaker was caught hugging a beautiful brunette woman only two months after his split from Olivia Wilde.

Per photos published by the Daily Mail on Monday, January 23, the 28-year-old Grammy-winning singer was seen sharing a warm hug with the said woman, who was later identified as Sofia Krunic, outside of The Chiltern Firehouse in London. Sofia is the head of events at the posh restaurant and hotel.

In the pictures, Harry wrapped one arm around Sofia as they hugged goodbye and went their separate ways. The former One Direction member wore a black North Face jacket over a gray hoodie and a black scarf. He also carried a white bag over his shoulder and rocked a pair of black sunglasses. Meanwhile, the gorgeous event planner donned a black jacket and let her wavy brunette hair down.

Harry’s outing with Sofia has fueled speculation that the pop star has completely moved on from his relationship with Olivia. A few days before Harry was spotted sharing a warm embrace with Sofia, the “Booksmart” director let out cryptic broken heart quotes on Instagram. “I’d hate to die without having loved,” read the post, featuring a still from the 2004 romantic drama “Tropical Malady“.

Harry and Olivia broke up last November, after almost two years of dating. They fell in love on the set of “Don’t Worry Darling” in 2020. Despite breaking up, an insider said that the move was a “very amicable decision.”

The source added that the now-exes “are still very close friends.” The informant also shared that the pair went separate ways due to “different priorities,” saying, “Right now, they have different priorities that are keeping them apart. The public pressure on them has been difficult. They’ve had ups and downs throughout the relationship.”