Harvey Weinstein pleaded not guilty to rape charges after turning himself in to authorities in New York on Friday, May 25.

The former producer was charged with one count of rape in the first degree, one count of rape in the third degree, and one count of criminal sexual act in the first degree. The charges stem from alleged forcible sexual acts with two women that took place in 2013 and 2004, respectively. Weinstein will be released after posting $1 million bail after his bond was set at $10 million, and he will have to wear an electronic monitor. He will not be allowed to travel outside of New York and Connecticut. 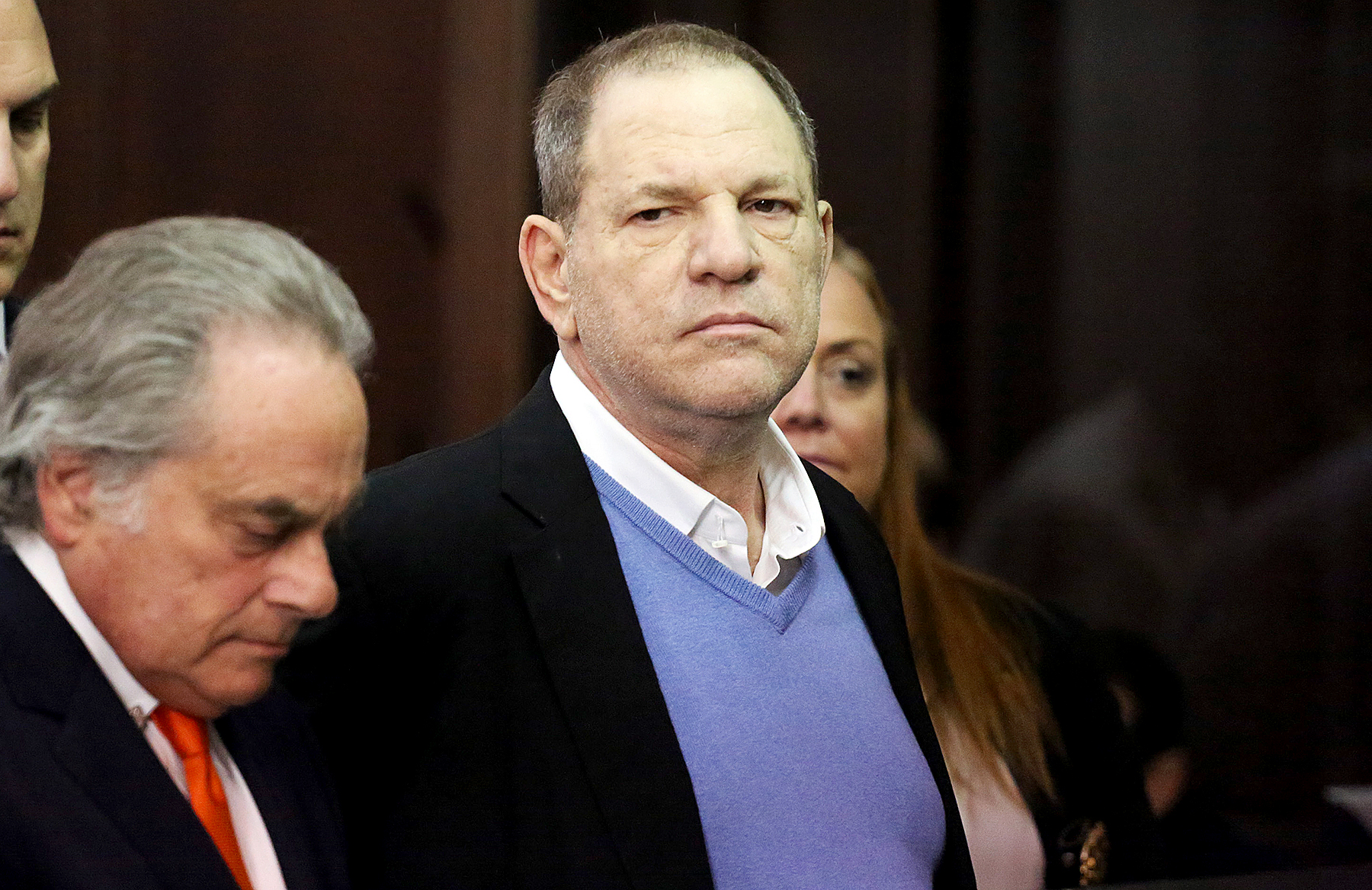 Benjamin Brafman, Weinstein’s lawyer, spoke out about the not guilty plea in a statement obtained by The Hollywood Reporter on Friday: “Mr. Weinstein has always maintained that he has never engaged in non-consensual sexual behavior with anyone. Nothing about today’s proceedings changes Mr. Weinstein’s position. He has entered a plea of not guilty and fully expects to be exonerated.”

Weinstein’s surrender comes after months of investigating by the Manhattan District Attorney’s office and the NYPD. The 66-year-old Oscar winner was accused of sexual misconduct in investigative reports published by The New York Times and The New Yorker in October 2017. In the months since those allegations first surfaced, more than 80 women — including Gwyneth Paltrow, Angelina Jolie, Ashley Judd, Asia Argento and Rose McGowan — have come forward to claim Weinstein sexually harassed or assaulted them.

“Today’s charges reflect significant progress in this active, ongoing investigation,” Manhattan District Attorney Cyrus R. Vance said in a statement on Friday. “I thank the brave survivors who have come forward, and my office’s prosecutors who have worked tirelessly on this investigation … We urge additional survivors and others with relevant information to call our Sex Crimes Hotline at 212-335-9373.”

McGowan and Argento were among the accusers who reacted to news of Weinstein’s surrender on Friday. “I have to admit I didn’t think I would see the day that he would have handcuffs on him,” the Charmed actress said on Good Morning America. “I have a visceral need for him to have handcuffs on.”