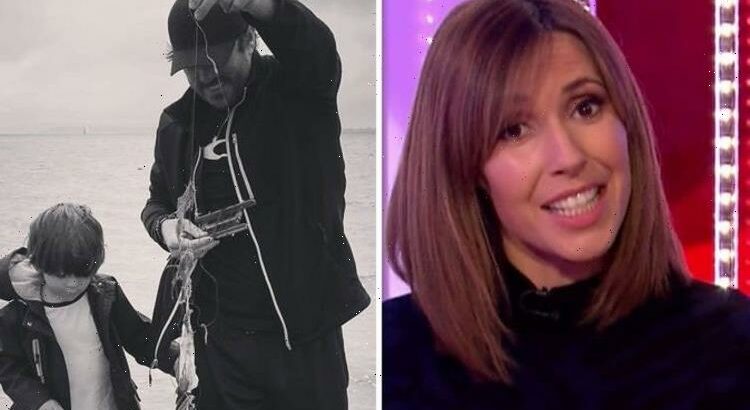 Alex Jones reveals she has a named her daughter Annie

Alex Jones, 44, has waved off her son Teddy today as he began his first “proper day” at school. The One Show host admitted feeling “emotional” over seeing her eldest child, four, head off to begin his “next chapter” in education.

She typed: “Time for our little Ted to make his own way.

“Today is his first proper day and I managed to hold it together until he was out of sight.

“So excited for him and feel sure that he’s in great hands but it felt like a very big milestone. Here’s to the next chapter,” she added.

In response, her fans wished the youngster “good luck”, as they shared their experiences of saying goodbye to their own children on their first day of school.

In response, her fans wished the youngster “good luck”, as they shared their experiences of saying goodbye to their own children on their first day of school.

A second replied: “Bless Him !! BIG School IS a Big Deal.”

While a third remarked: “Well done for getting through the hardest part.”

On her Instagram Story, Alex also shared a photo of Teddy alongside younger brother Kit, two, as they headed out of the house earlier today.

She wrote: “It’s been an emotional morning, “ alongside a crying face emoji.

Alex is mum to three children, who she shares with husband Charlie Thomson.

The star announced she was expecting her third baby, a girl, back in March.

Alex admitted she and her husband were so overjoyed to be expecting again.

She told Closer: “It’s a huge gift. I suppose deep down I would never have said it because we were so lucky to have two lovely boys, but having a girl was always something that was there.

“I thought our time had passed and it wasn’t going to happen,” Alex shared.

The presenter also discussed her joy at having a daughter, and said she’s looking forward to seeing how much husband Charlie will adore the new addition to their family.

“We both said how amazing three boys would be.

“Then when we opened the email which told us what sex the baby was, his little face was a picture,” Alex said.

“We were too scared to say it, but I think we both felt the same.

“We both secretly thought it would be amazing if it was a girl. It’ll be really interesting to see the different dynamics.”

The presenter welcomed her little girl last month, and shared that she is absolutely “besotted” with her already.