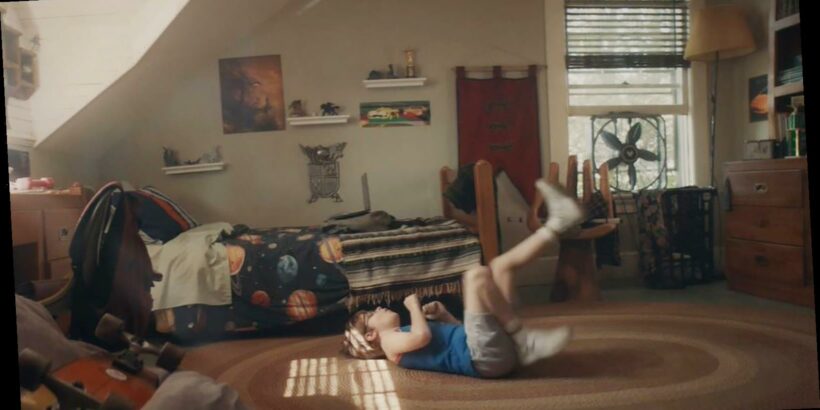 If you’re feeling especially nostalgic after watching E-Trade’s latest Super Bowl commercial, you’re not alone. The ad, titled “Workout,” celebrates all things ’80s, featuring a skinny kid exercising in his room with some throwback workout gear on. As the boy gives it his all with some bicycle crunches, the spot simply states, “kick. your. finances. into. shape” (via CNBC). Although the boy’s room already gives us all the ’80s vibes, the song in the background is what’s taking viewers way back when.

The song in question is none other than “You’re the Best” by Joe Esposito, best known for its appearance in the grand finale of The Karate Kid. As the boy from the commercial perfects his floor kicks, we can hear the iconic lyrics, “You’re the best / Around / Nothing’s gonna ever keep you down.” Motivating listeners for decades, Esposito’s song is all about empowerment, winning, and “fighting ’til the end.” It’s only fitting that it was featured in The Karate Kid‘s All Valley Karate Championship scene, leading up to Daniel LaRusso’s incredible victory (via Looper).

Where else might you know You're the Best from?

Even if you’ve never seen The Karate Kid, “You’re the Best” has been featured in countless other movies, TV shows, video games, and commercials (via Looper). Just to name a few, the ’80s track has appeared in TV shows like Black-ish, The Simpsons, and Lucifer (via Tunefind) and in all kinds of sports games as victory music. The song’s powerful lyrics (and the guitar solo) speak to being as tough as possible, while always believing in yourself — it’s no wonder it has such universal appeal.

Even through all the song’s success, and much before the E-Trade Super Bowl commercial, Joe Esposito had very different plans for “You’re the Best.” The anthem was actually meant to be featured in the movie Rocky III. Esposito explained to Popdose that he wrote the song for the Stallone classic, “but it didn’t make it.” However, much like the song’s meaning, Esposito didn’t give up, and it was soon placed in one of the most famous movies of all time.

We can’t wait to see E-Trade’s full Super Bowl commercial on game day, and just by the song choice, we know it will be inspiring. As the company’s director and chief marketing officer said in a statement, “through ‘Workout,’ we hope to nudge consumers to get off the bench and take charge of their investing lives with E-Trade” (via AdAge). Wanting to spark joy and optimism, we have a feeling lyrics like “never doubt that you’re the one and you can have your dreams” will do just that.